A Chalabi invades the U.S. press

Why did Slate hire Ahmad Chalabi's daughter to write tediously about the Iraq elections? 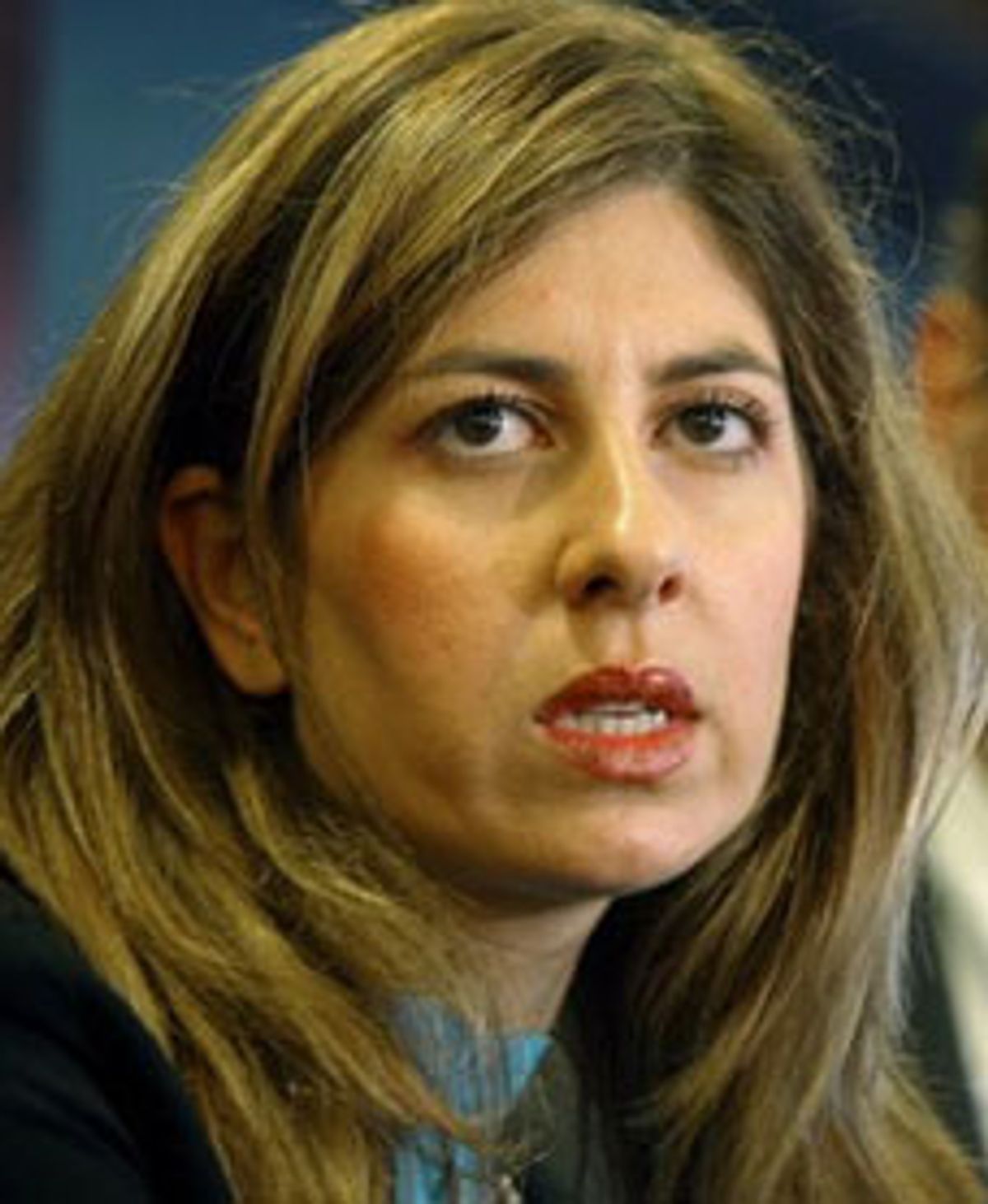 The political fortunes of Ahmad Chalabi, the former Iraqi exile who leveraged faulty intelligence to push the U.S. to war, are said to be on the rebound in his native land; depending on the jockeying that follows the Dec. 15 parliamentary elections, Chalabi may even become that country's new prime minister. The story, of course, is different on these shores, where Chalabi's name has become synonymous with the host of official exaggerations and lies that presaged the invasion. But now that some of Chalabi's best friends are no longer as powerful as they once were -- Judy Miller, we mean you -- he may soon have another media insider to help rehabilitate his image in this country: America, meet Tamara Chalabi!

Tamara, Ahmad's daughter, is an author in her 30s who recently earned a Harvard Ph.D. by studying the Shiite community in Lebanon. Her book on that experience, "The Shi'is of Jabal'Amil and the New Lebanon," will be published next month by Palgrave Macmillan. Now, according to the New York Observer's Gabriel Sherman, she's apparently set her sights on something grander -- making it as a pundit in some of America's highest-profile publications.

This week, Tamara made her debut in Slate, where she's writing diary entries as she travels along with her father's campaign in southern Iraq. Sherman reports that Juleanna Glover Weiss, a former press secretary to Dick Cheney who now works as a lobbyist for John Ashcroft's firm, has been shopping Tamara around to editors at other national newspapers and magazines. Weiss says that Tamara's "intellect and access" make her uniquely poised to work as one of the few female commentators on the Middle East. Sherman writes that "staffers at The New York Times, The Atlantic and The Hotline have received entreaties from Ms. Glover Weiss on her new protigie's behalf."

Jacob Weisberg, Slate's editor, told me in an e-mail that his magazine was not introduced to Tamara through the lobbyist -- the introduction came through Renee Kaplan, a former television producer who is now a freelancer writer and editor. Weisberg also defended the idea of the daughter of a candidate reporting on her father's campaign, an arrangement that I told him I thought was odd. (What if an Iraqi paper had hired Vanessa Kerry to cover the American presidential election?)

"Like many of our diaries, this is one person's insider perspective," Weisberg wrote back. "It is an exercise in subjectivity, with no pretense to anything else. We'd have handled a campaign trail diary by Allawi's daughter the same way." Weisberg added that Tamara's diary "is also by no means the sum total of what we are doing about the Iraqi election."

Weisberg seems on the right track in wanting to do more on the election than what Tamara Chalabi has to offer, because if you're looking for a smart, interesting take on the race in Iraq, Tamara's diary isn't something I'd put at the top of my recommendation list. Notwithstanding her closeness to the subject, Tamara's views on the election are surprisingly banal. She expresses few strong opinions -- her main message seems to be that democracy is good for Iraq -- and provides no real insights on the dynamics of running a campaign in Iraq.

"Iraqi-style elections are like other elections around the world as far as posters, TV ads, pamphlets, and logos go," she wrote, for instance, on Monday. "What makes them novel here is the societal component, such as tribal elders and the religious men in many of these regions who were exploited by Saddam Hussein, on one side, and individuals, including women and youth who were repressed and silenced, on the other." It's not just her academese -- "societal component"? -- that bothers me, but also the plain obviousness of the thing. Iraqi elections are different because the society is different? Really?

The bigger trouble is, Tamara is less than fully forthcoming about her role in her father's career. Of him, all she writes is this: "For many here, my father is considered the main architect of the fall of Saddam's regime. He has also been much maligned and has become something of a bjte noire for the Western press. It is not for me to judge him; I leave that to history. He is running on his own ticket, as a liberal democratic candidate."

But despite her reluctance to "judge him," a look into her background shows that Tamara has actually been an active participant in Ahmad Chalabi's public life. She has written Op-Eds and held press conferences to defend him from detractors, has penned some of his speeches, and has even worked on his campaign strategy. "Very few Arab fathers have that kind of relationship with their daughters," Fouad Ajami, the Middle East scholar and a friend of Chalabi's, told the Washington Post two years ago. "She is his intellectual heir. Twenty years ago, when she was a kid, he brought her to meetings to listen about politics. As far as I'm concerned, Tamara acquits him."

Slate is often rigorous about disclosing its writers' various affiliations, associations, acquaintances and ulterior motives. I don't think I've ever seen a disclosure statement as thorough as the one the magazine published for Henry Blodget, and you can pretty much guess who Jack Shafer will be seeing over the holidays based on the friendships he regularly alerts us to at the end of his columns (Judy Miller, your card's probably just lost in the mail).

Tamara Chalabi probably doesn't need to be as thorough as Blodget in her disclosure -- her last name tells us pretty much where she stands when it comes to her father -- but I did ask Weisberg if he worried that she's misleading readers by suggesting she has nothing to do with Ahmad Chalabi's campaign. Weisberg didn't think so: "You can take the position that no one should publish a Chalabi, but there's really no issue of insufficient disclosure here," he wrote. "Our coverline right now says, 'Tamara Chalabi on her Dad's campaign.'"

Weisberg raises a good question, though. Should no one publish a Chalabi? Certainly there are some who'd say so, based only on her record of activism on behalf of her father, a man of fabled wiliness and a spotty record for the truth. Yet it's a hard line to draw. After all, as Glover Weiss tells the Observer, "There is clearly a dearth of female commentators on the Middle East."

So if Tamara Chalabi turns out to have interesting things to say about life in the Middle East, it'd be nice to hear them. At the moment, though, the most compelling thing about her journalism is the notoriety of her byline.