A classic in honor of Bob Novak, who exited CNN, stage right 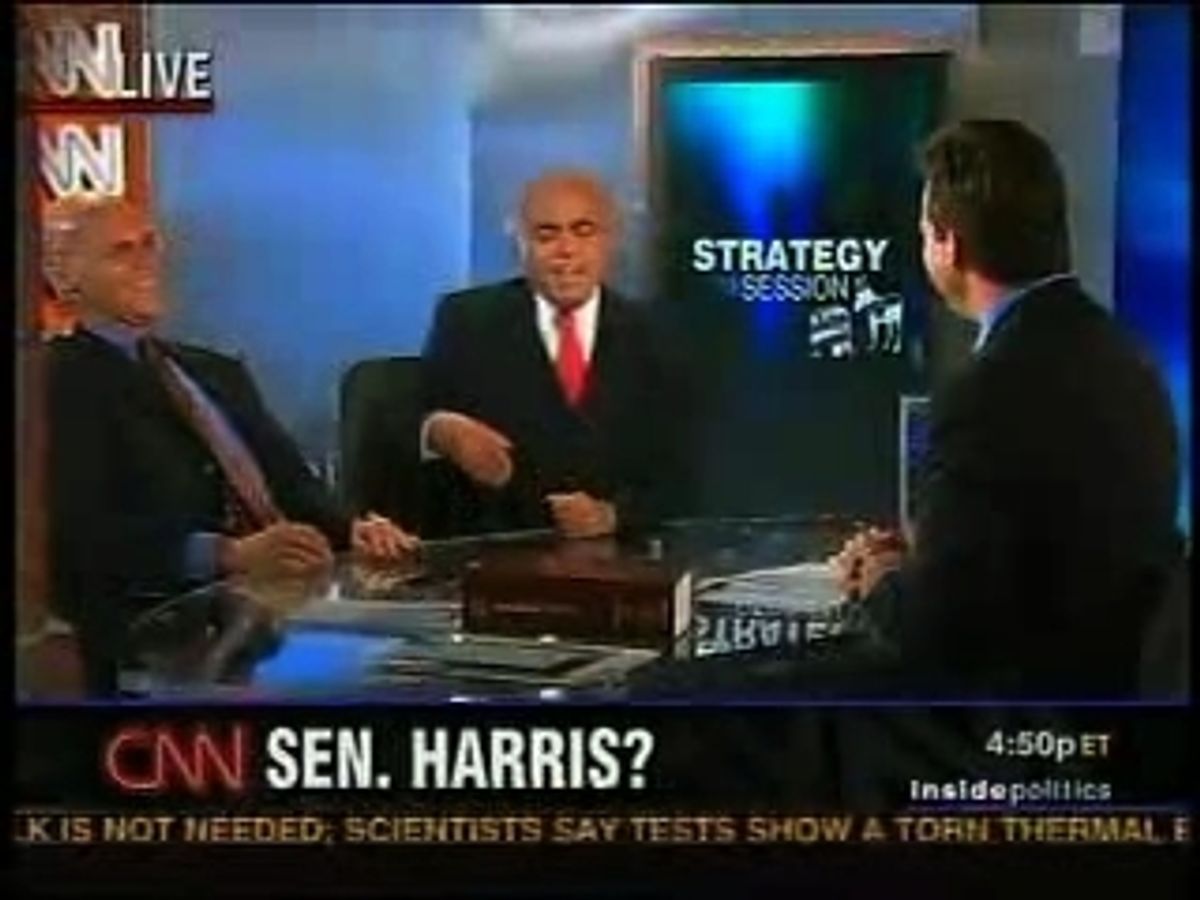 CNN announced the departure of Robert Novak after 25 years from the network, but we'll still savor our memories, including his last appearance on Aug. 4, below. It was after this outburst that the network placed Novak on permanent hiatus. But fans of the dark lord need not worry: Novak will haul his squat little self, and all his accompanying baggage, over to Fox in the very near future.