This gripping French film may sneak into your soul and affect you profoundly, even if you haven't a clue what it's about. 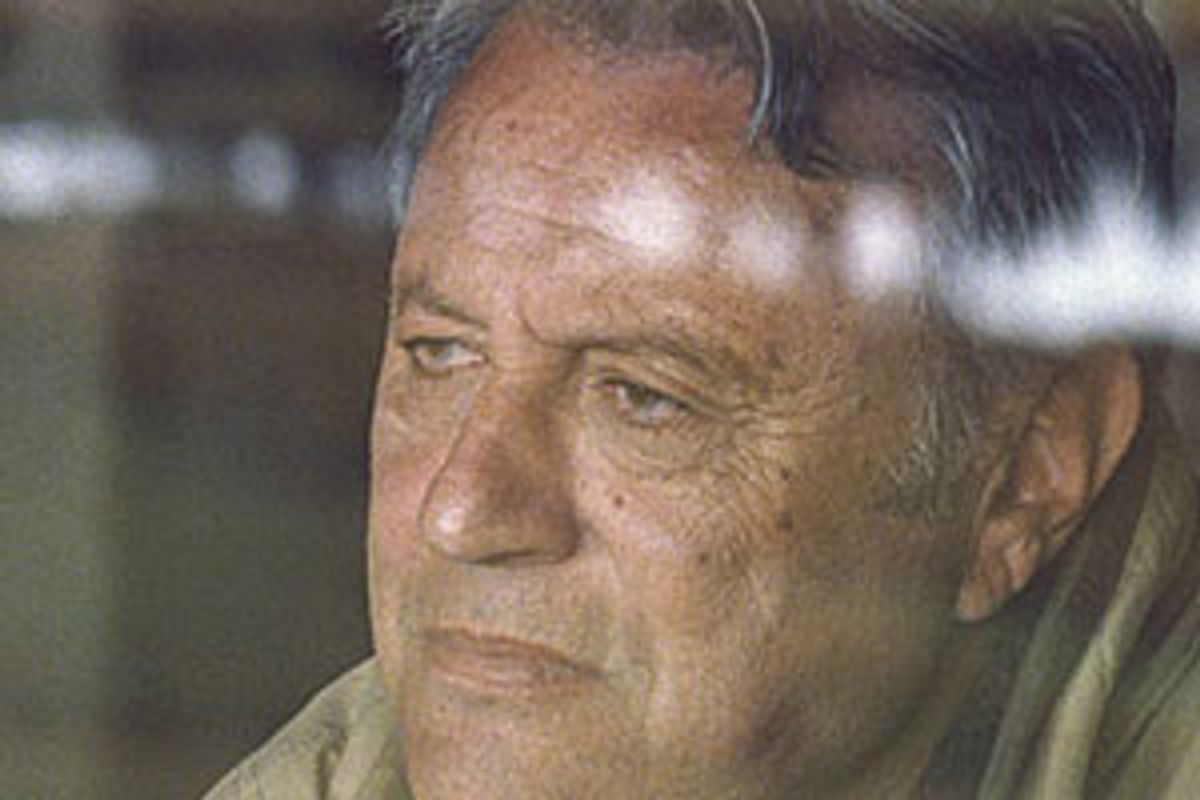 I wouldn't trust anyone who claims to understand, in a literal sense, Claire Denis' "The Intruder." The picture -- which opens Friday in New York, with dates in other parts of the country (one hopes) to follow -- is based on French philosopher Jean-Luc Nancy's memoir of his own heart transplant, although Denis calls it an "abduction" rather than an adaptation. And the picture is a kind of seizure, a baffling work that demands your complete engagement and then leaves you feeling stranded and yet fascinated, trying to track down the information that appears to be missing -- but also feeling as if you've just lived something.

"The Intruder" -- its French title is "L'Intrus" -- is exhilarating and exhausting, the kind of picture you don't bounce back from immediately. Yet its elusiveness is the very source of its poetic energy. You may walk out of "The Intruder" feeling angry with Denis for not providing enough clues to what it all means. (At a New York preview screening this past spring, an irate audience member got into an argument with Denis, demanding to know what the movie was "about.") Or maybe you'll be angry because the movie does make sense, but in a way so primal that you can't begin to articulate it -- a click that happens in a place where words can't possibly reach. Either response suggests that "The Intruder" has gotten to you.

Denis starts off by telling us everything we need to know with the movie's opening line: "Your worst enemies are hiding inside, in the shadows, in your heart." We never really learn much about the characters in "The Intruder"; we have to rely on what we can infer about them, and even then, we can never be sure we're getting it right. The French actor Michel Subor -- of Godard's 1963 "Le Petit Soldat," and also the narrator of Truffaut's "Jules et Jim" -- plays a man named Louis Trebor, a loner who lives in a remote country house with his two dogs, hardy, cold-weather creatures with thick golden coats and alert eyes. We see Louis having a swim on a day that looks none too warm, or bicycling steadily down a country road, the muscles in his legs looking like those of a man 30 years younger. (Louis appears to be somewhere in his 60s.) He's completely comfortable with his body: It's sturdy and solid and not at all frail. He has a girlfriend, a pharmacist (the actress who plays her is named Bambou), who sometimes comes to visit him; they make love with aggressive erotic tenderness, and not tentatively or haltingly, the way, when we're young, we usually imagine older people make love.

But perhaps Louis' vitality is all on the surface: His swim is interrupted by pain -- he clutches his arm and makes his way toward shore, where his dogs anxiously wait for him. (Denis asked Subor, in preparation for the role, to listen to the late recordings of Johnny Cash, as a way of connecting with a man getting ready to meet death.) Later, he types out a cryptic message, in Russian, on his computer (or what we assume to be his computer): "I opt for the emergency solution."

Those are just the most immediately accessible narrative shards of "The Intruder." We come to learn -- or, again, to infer -- that Louis has bought a new heart for himself on the black market. "I want a young heart," he demands of the mysterious Russian woman (Katia Golubeva, of Leos Carax's "Pola X") in charge of arranging the details. "Not an old man's heart, or a woman's heart." We don't know exactly where, when or how the transplant takes place, but we do, eventually, see the scar, two lightning jags of pinkish tissue that cross his chest.

And if the Louis we saw before the transplant was inscrutable, the Louis we see afterward is no one we quite recognize, either. Early in the picture, Louis kills a young man with a hunting knife, for no reason we can discern. Louis has a son, or a man whom we assume to be his son (played by Grégoire Colin), from whom he's mostly estranged. Louis seems gruff and unprincipled, and he also seems to have lived a life in which he's made a lot of money. (He pays for his new heart with stacks of bills procured from a safety-deposit box in a Swiss bank. The operation takes place somewhere in Asia, although it's not clear exactly where.)

But after the operation, we understand Louis less, not more: We see him arranging to buy a very large boat -- a ship, really -- for his son. But who, exactly, is his son? Does Louis have more than one son, or no son at all? He travels to Tahiti, a place where, we surmise, he lived long ago; he seems to believe that he'll find this possibly mythical son there.

Denis is a challenging director, as anyone who has seen her languorously vivid "Beau Travail" knows. She's also capable of showing warmth in unexpected ways, as in her one-night-stand reverie "Friday Night." (Both of those movies, like this one, were shot by Denis' longtime collaborator, Agn&grave;s Godard, one of the unsung geniuses of modern cinematography.)

"The Intruder" is a colder movie than either of those two: It partly takes place in a winter forest, a mystery landscape dotted with snow-draped trees and also the occasional frozen corpse. But Denis isn't a cruel or arrogant filmmaker, out to make us feel stupid for wanting a story to cling to. The story is there -- it's simply that she's veiled portions of it from us, perhaps a way of pushing us toward trying to understand the characters through what their faces, and their bodies, tell us. We're never granted the certainty of knowing we're right, but that too, I think, is part of Denis' intention: We need to trust our perceptions even when there's no way of confirming them; it's the only way we can keep ourselves free and open enough to respond to any art.

Perhaps the oddest, most bracing characteristic of "The Intruder" is how sensual it is, although not in the ways we usually think of sensuality. The music, by Stuart A. Staples (of the band Tindersticks), is spare and vital to the point of being unsettling: Wrought from just three instruments -- guitar, trumpet and some sort of (possibly synthesized) organ -- it shivers over the surface of the images with unnerving immediacy. Whenever the music kicks in, a sense of dread creeps over the picture like a sinister vine.

You need music like that to stand up to Godard's visuals: The sight of Louis' naked back, his skin freckled from years of sun, or just from age; the way we see, in a sequence that cuts deep emotionally without violating our trust, the moment where Louis betrays his loyal dogs (who, I will note, go on to survive without him); a lingering shot of waves rippling through water, possibly the wake of a boat we're not allowed to see. And then, most potent of all, the movie's final vision: That of Béatrice Dalle -- who plays one of Louis' neighbors, a character who's just as mysterious as he is -- rushing through the icy landscape on a sled pulled by a team of muscular dogs. Dressed in her shaggy furs, with that nutty gap-toothed smile of hers, she's a crazy snow baby; there's something demonically sexual in her need to keep moving.

Even the sounds of "The Intruder" stick with you -- like the scraping, buzzing noise made by Louis' cordless electric shaver. (He's dressed in a suit and tie and feels the sudden need for a shave -- outdoors, no less.) You can explain some of those sounds and images in words, and others are maddeningly elusive. But the experience of assembling them requires that we put our senses to work completely; "The Intruder" never lets us coast.

So what, exactly, does "The Intruder" mean? Or, to put it more bluntly: What on earth is Denis going on about? She may be asking us to think about what we mean when we talk about "the heart." Do we mean merely the organ, or the very center of us? Denis freely mixes the metaphorical with the literal, wondering what might happen if our familiar, comfortable hearts, the ones we've had for years, the ones we're used to, were suddenly replaced by something foreign, something attuned to another person's rhythms, desires, anxieties -- the ultimate "intruder." If our bodies can reject organs, can they reject experiences, too? The answers to all of those questions are written between the frames of "The Intruder." You'll find them only between the beats.