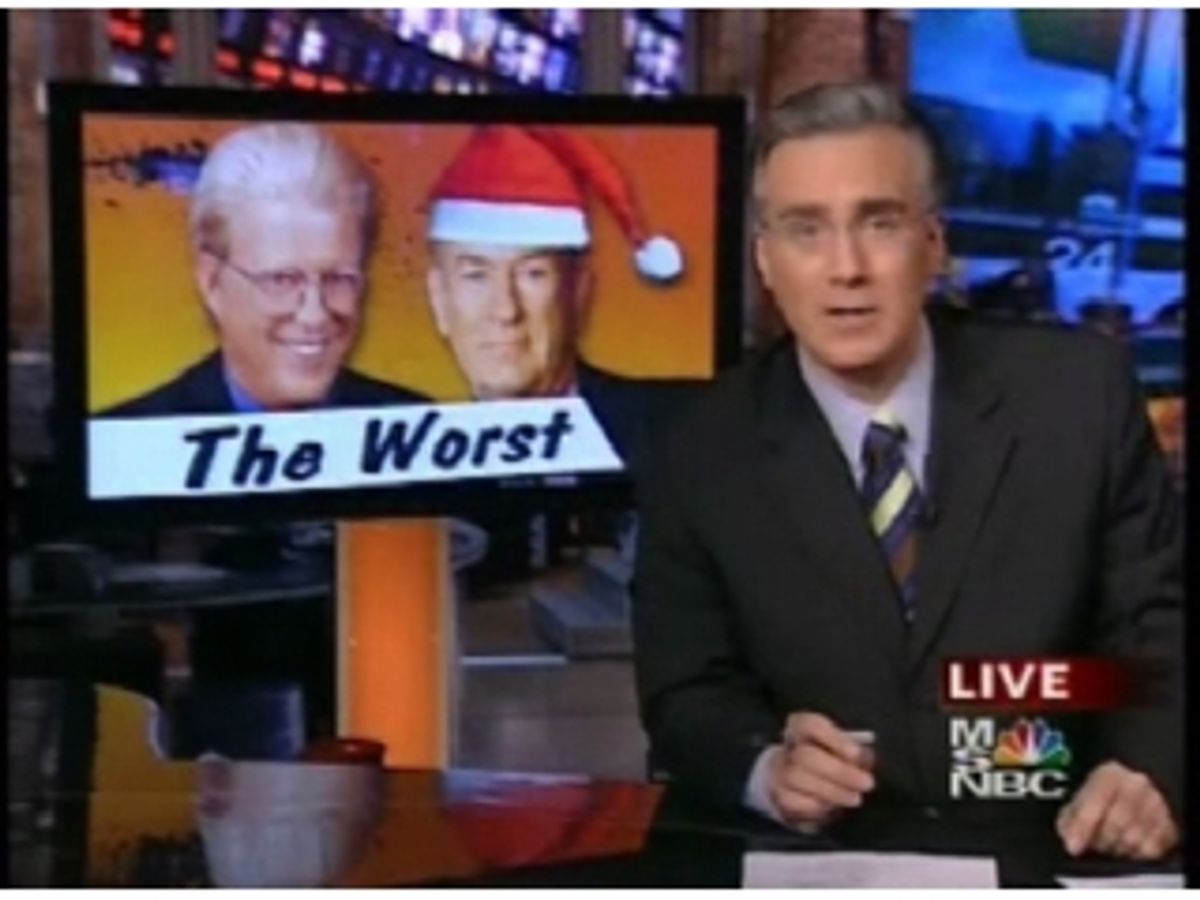 We're waking up briefly from our holiday slumber to bring you the breaking, woeful tale of a fallen Christmas Warrior. It began when Fox News anchor John Gibson, who has been shilling a quickie, inflammatory book on the Fox News-created war on Christmas, was nailed by Media Matters for his comments on a religious-right radio show on Nov. 17. On the show, he warned all the non-Christian infidels who are "following the wrong religion" that "they're not going to have to answer to me. We know who they're going to have to answer to." Nice. "Countdown" host Keith Olbermann blasted him for it in early December. Then Gibson (with an assist from Bill O'Reilly) attacked back, claiming that Olbermann was "misquot[ing] to justify saying some truly disgusting things about me." (Like scandalized church ladies, neither O'Reilly nor Gibson will deign to mention Olbermann by name.) But Olbermann returned Tuesday night to play the tape of Gibson's performance on air (Media Matters has it here) and the proof appears irrefutable. In fact, the long excerpt of the pandering Gibson is even more nauseating, and the fact that he's denying it, more shocking.

Or is it? Take one look at the 59-year-old Gibson's whipped blond pompadour and you suspect the guy's a bold liar. Will Fox stand by their golden-tressed prevaricator or come clean? Yeah, we don't think so, either. Still, don't miss the terrific Olbermann segment captured by the equally terrific Crooks & Liars here. His "800 billion flies" reference is a keeper. And catch the full coverage, including all referenced transcripts, at TVNewser.