Letterman knocks O'Reilly out of his spin zone. 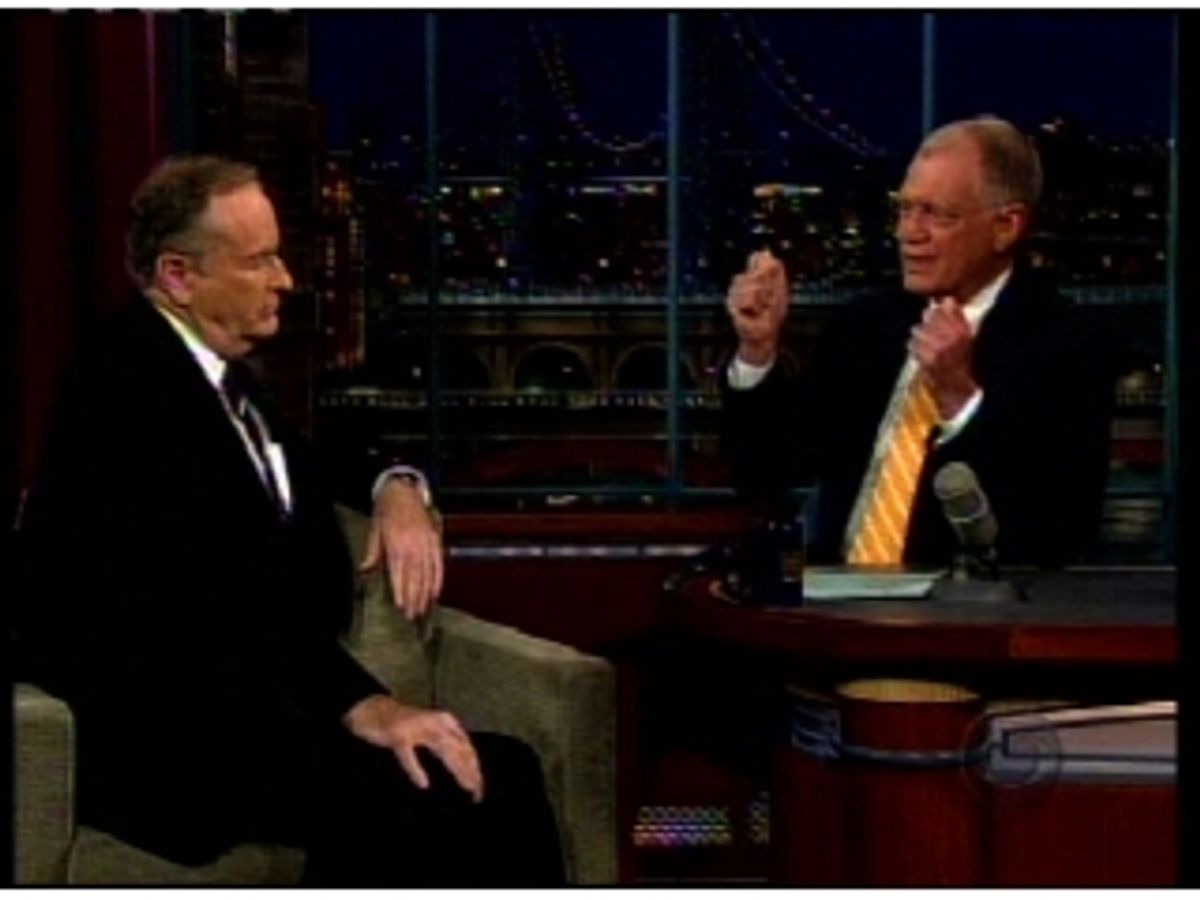 On his show last night, Bill O'Reilly jovially encouraged viewers to catch his appearance later in the evening on "The Late Show With David Letterman," promising they would find it "fascinating." It was. And the only reason for O'Reilly to plug it was to try to get out early, appear unscathed, and start spinning. Good luck. We cannot wait to hear how he tries to explain it away on his next show.

What precisely was it that made Letterman's takedown of O'Reilly so satisfying? Was it the way Letterman casually called out O'Reilly's war against "the war against Christmas" for the dopey sham it is -- comparing it to a movement to put diapers on horses? The way audience members cackled aloud when O'Reilly claimed he had no friends in the Bush administration? How Letterman brushed off O'Reilly's bush-league attempt at ideological sparring with the inarguable line of defense we've all wanted to try out on a drunk uncle or Rush-fueled neighbor: "I don't believe you." And then later: "I'm not smart enough to debate you point to point on this, but I have the feeling that about 60 percent of what you say is crap." Personally, I most cherished the way Letterman's level gaze and head-on attack unnerved O'Reilly. Listen to his voice quaver through his lame Memphis library anecdote, and watch his fidgeting hands and knee; those are the shaky motions of a man who knows he has been figured out.