A real live preacher weighs in on NBC's "The Book of Daniel" and the unholy outrage from the religious right. 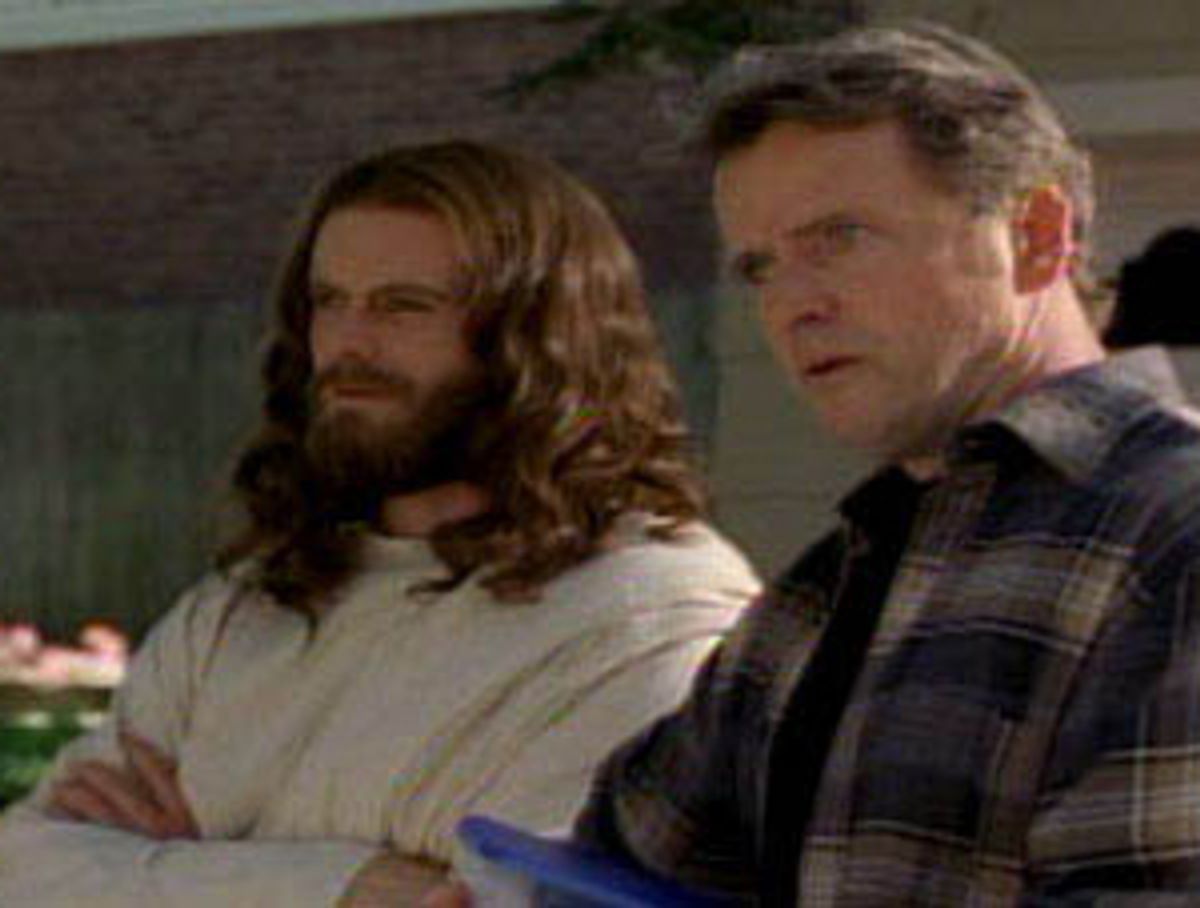 I wanted so badly to like "The Book of Daniel," NBC's new series about an Episcopalian minister and his rather interesting family. I wanted to like it if only because some of the religious right are soundly condemning it. I usually can't pass up an opportunity to distance myself from those guys.

But I couldn't like it. I just couldn't. Not because it is sacrilegious, but because it is bad. It is very bad. This is a bad and boring show. I stayed with it as long as I could, but when the two bishops were having a torrid affair while the priest with the Mafia connections was calling in favors to find the missing $3.2 million, all the while trying to convince the reverend to hire a Mafia construction company -- something the reverend seems to be seriously considering -- I had to call it a night.

If you were watching and don't remember that part, it was right after Rev. Webster's daughter got caught selling pot so that she could buy a computer and draw Manga comics starring her gay brother having an affair with someone she was dating.

Yeah, I'm pretty sure it was just after that.

And the minister's children. Do they ever say anything nice to each other? And will they ever get tired of making snide and cutting remarks about their brother's homosexuality? Good God, I'm a Baptist preacher and even I was shouting, "OK, he's gay. Leave him alone, you heartless bastards!"

And then, of course, there's Jesus, who drops in now and again to see how the reverend is handling things. Only he looks like one of the Doobie Brothers, and all he does is hand out Life Savers and say things like, "Life is hard, but that's why there's a nice reward at the end."

That's no Jesus I ever heard of. Jesus was nice and all, but he was a straight-up ass kicker. Believe it.

So the TV show sucks. So OK, what else is new? But let's talk about something more interesting, namely the fact that more than one group of fundamentalist Christians have gotten their panties bunched up over yet another perceived slight by the culture at large. In this case, some vocal Christians are convinced that the folks at NBC created this show specifically to insult them and poke fun at our sacred traditions. There were the usual boycotts, and a couple of stations in Arkansas and Indiana actually pulled the plug on the show.

Pardon me for a moment; I need to talk to my people.

Yo, brothers and sisters in Christ. They weren't making fun of you. It's much worse than that. The folks at NBC don't care about you enough to make fun of you. They don't even know you exist. You are not a part of their world. They want to make money, that's all. This is no great mystery or secret. They're not hypocrites; they're capitalists.

This particular Christian church is simply a setting in which the TV people are playing out yet another dramatic comedy series. They use the same exaggeration and distortion when the shows are about police stations, hospitals, legal offices and entire ZIP codes like 90210. They don't care about you. They really don't care about anything except ratings.

Stop taking things so personally. You're giving the rest of us Christians a bad name. Learn to laugh at yourself, or do what I did. Just turn off your TV, look at the person next to you, and say, "Well, that sucked!"

But I think all the uproar from Christians is symptomatic of a more disturbing trend. More and more Christians seem to think that affirmation from our culture is where they will find their power. Since when do religions need affirmation from television stations? That's a little shallow, don't you think? What we should be doing is practicing our devotion and letting our changed lives speak for themselves.

And I've got news for you, Christian. If your faith isn't changing your life enough to make a difference in the world, you've got bigger problems than NBC.

Oh, there is something a little ironic that I want to mention. The first six chapters of the actual book of Daniel -- the one in the Bible -- are about a young man named Daniel and some of his friends who are trying to live out their faith in a very hostile foreign land. Trust me, the Babylonians were much worse than NBC. Daniel's solution was to doggedly worship God in their own way, and let their lives be a quiet and steady witness of their faith.

Their devotion produced a living and real goodness that even won the heart of the King in the end. And all of this happened because they were not foolish enough to try to change Babylon, but rather changed themselves.

Gordon Atkinson is the pastor of a Baptist church in San Antonio, Texas. He is also the blogger known as Real Live Preacher.