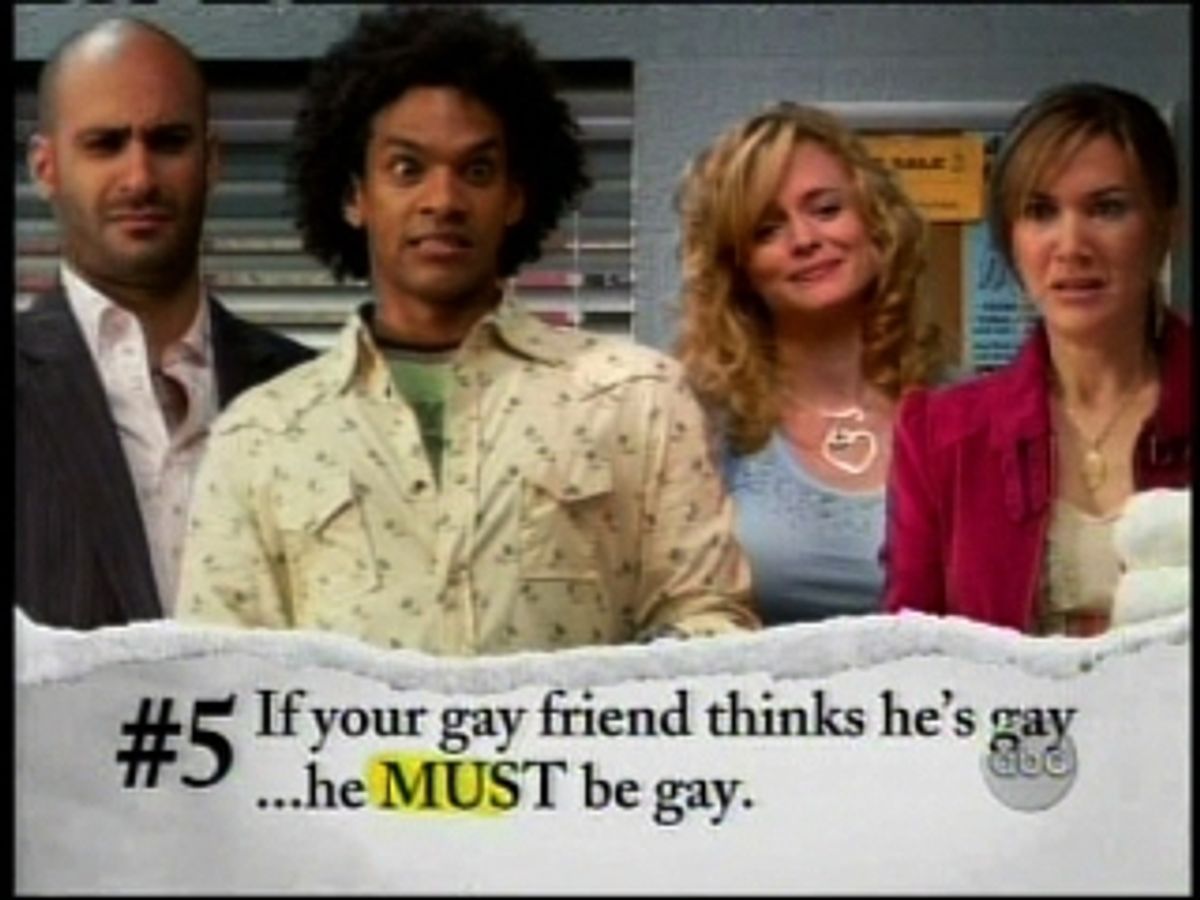 What's funnier than the word "gay"? Almost nothing was, twenty years ago. What's funnier than a man who self-tans, cooks well and doesn't kill all of his houseplants? Almost nothing was, eight years ago when "Sex and the City" reigned supreme. Now, the whole thing just seems... well, gay. But don't tell that to the writing team behind ABC's new sitcom, "Emily's Reasons Why Not," who top it all off with, of all things, a lame joke about "gaydar." Oof! Next week: Emily asks "Where's the beef?" then tells her girlfriend, "Don't go there, girlfriend!"