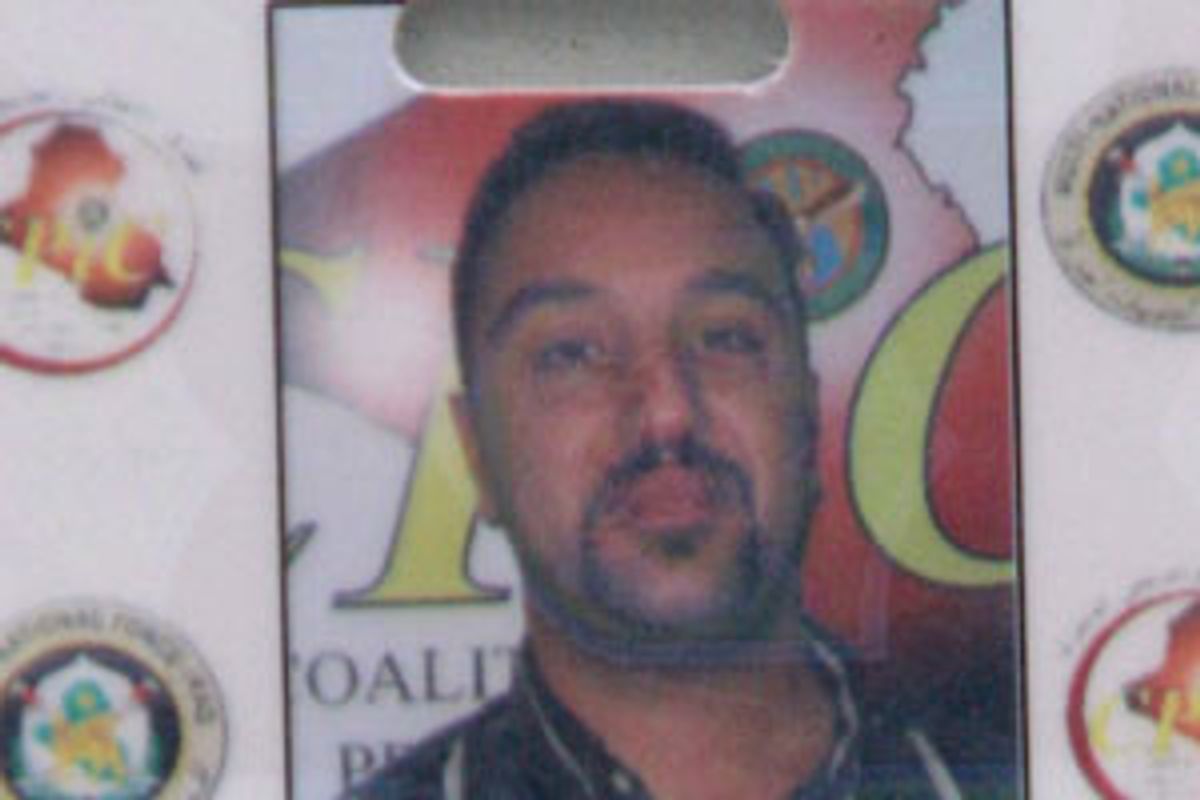 I read the news as a subtitle on TV. We haven't had an Internet connection for several days, so I couldn't really read about the details. All I knew was that a journalist had been abducted and that her Iraqi interpreter had been killed. He was shot in cold blood in Al-Adil district earlier this month, when they took Jill Carroll ... They say he didn't die immediately. It is said he lived long enough to talk to police and then he died.

I found out very recently that the interpreter killed was a good friend -- Alan, of Alan's Melody, and I've spent the last two days crying.

Everyone knew him as simply "Alan," or "Elin" as it is pronounced in Iraqi Arabic. Prior to the war, he owned a music shop in the best area in Baghdad, Al-Arasat. He sold some Arabic music and instrumental music, but he had his regular customers -- those Westernized Iraqis who craved foreign music. For those of us who listened to rock, adult alternative, jazz, etc., he had very few rivals.

He sold bootleg CDs, tapes and DVDs. His shop wasn't just a music shop -- it was a haven. Some of my happiest moments were while I was walking out of that shop carrying CDs and tapes, full of anticipation for the escape the music provided. He had just about everything, from Abba to Marilyn Manson. He could provide anything. All you had to do was go to him with the words, "Alan -- I heard a great song on the radio ... you have to find it!" And he'd sit there, patiently, asking, "Who sang it? You don't know? OK, was it a man or a woman? Fine. Do you remember any of the words?" Chances were that he'd already heard it and even knew some of the lyrics.

During the sanctions, Iraq was virtually cut off from the outside world. We had maybe four or five local TV stations, and it was only during the later years that the Internet became more popular. Alan was one of those links with the outside world. Walking into Alan's shop was like walking into a sort of transitional other world. Whenever you walked into the store, great music would be blaring from his speakers and he and Mohammed, the guy who worked in his shop, would be arguing over who was better, Joe Satriani or Steve Vai.

He would have the latest Billboard hits posted on a sheet of paper near the door, and he'd have compiled a few of his own favorites on a "collection" CD. He also went out of his way to get recordings of the latest award shows -- Grammys, AMAs, Oscars, etc. You could visit him twice and know that by the third time, he'd have memorized your favorites and found music you might be interested in.

He was an electrical engineer, but his passion was music. His dream was to be a music producer. He was always full of scorn for the usual boy bands -- N' Sync, Backstreet Boys, etc. -- but he was always trying to promote an Iraqi boy band he claimed he'd discovered, Unknown to No One. "They're great -- wallah [I swear to God] they have potential," he'd say. E. would answer, "Alan, they're terrible." And Alan, with his usual Iraqi pride, would lecture about how they were great simply because they were Iraqi.

He was a Christian from Basra and he had a lovely wife who adored him -- F. We would tease him about how once he was married and had a family, he'd lose interest in music. It didn't happen. Conversations with Alan continued to revolve around Pink Floyd and Jimi Hendrix, but they began to include F., his wife; M., his daughter; and his little boy. My heart aches for his family -- his wife and children ...

You could walk into the shop and find no one behind the counter -- everyone was in the other room, playing one version or another of "FIFA Soccer" on the PlayStation. He collected old records, or "vinyls." The older they were, the better. While he promoted new musical technology, he always said that nothing could beat the sound of a vintage vinyl.

We went to Alan not just to buy music. It always turned into a social visit. He'd make you sit down, listen to his latest favorite CD and drink something. Then he'd tell you the latest gossip -- he knew it all. He knew where all the parties were, who the best DJs were and who was getting married or divorced. He knew the local gossip and the international gossip, but it was never malicious with Alan. It was always the funny sort.

The most important thing about Alan was that he never let you down. Never. Whatever it was that you wanted, he'd try his hardest to get it. If you became his friend, that didn't just include music -- he was ready to lend a helping hand to those in need whether it was just to give advice, or to listen after a complicated, difficult week.

After the war started, the area he had his shop in deteriorated. There were car bombs and shootings, and the Badr people took over some of the houses there. People went to Al-Arasat less and less because it was too dangerous. His shop was closed more than it was open. He shut it up permanently after getting death threats and a hand grenade through his shop window. His car was carjacked at some point and he was shot at, so he started driving around in his father's beaten-up old Toyota Cressida with a picture of [Ayatollah Ali al-] Sistani on his back window. "To ward off the fanatics," he winked and grinned.

E. and I would stop by his shop sometimes after the war, before he shut it down. We went in once and found that there was no electricity and no generator. The shop was dimly lit with some sort of fuel lamp, and Alan was sitting behind the counter, sorting through CDs. He was ecstatic to see us. There was no way we could listen to music, so he and E. sang through some of their favorite songs, stumbling upon the lyrics and making things up along the way. Then we started listening to various ring tones and swapping the latest jokes of the day. Before we knew it, two hours had slipped by and the world outside was forgotten, an occasional explosion bringing us back to reality.

It hit me then that it wasn't the music that made Alan's shop a haven -- somewhere to forget problems and worries -- it was Alan himself.

This piece was originally posted on Riverbend's blog, Baghdad Burning, on Jan. 12.