President of the diatribe club

Bill O'Reilly challenges you to "debate" him on his show! 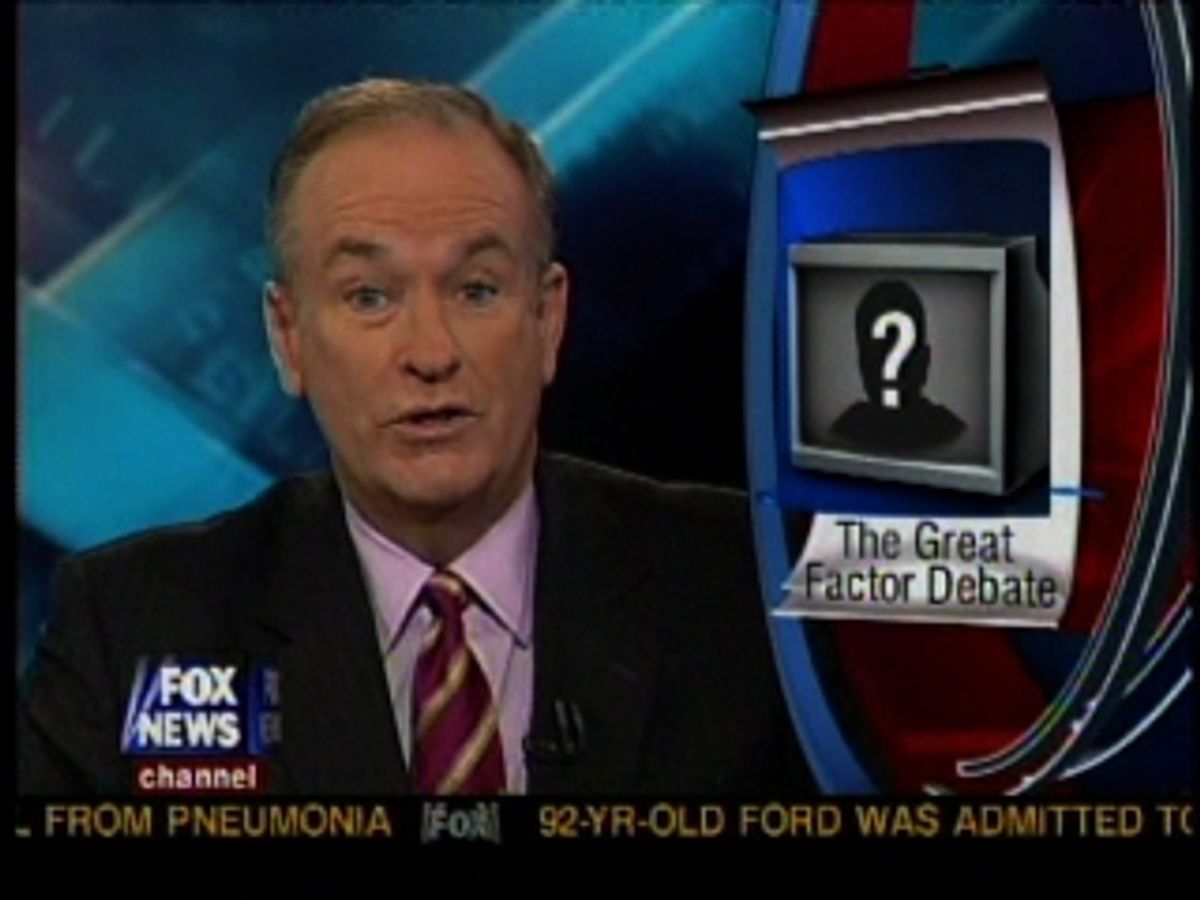 Will the O'Reilly Comedy Hour ever fail to amuse? Apparently Bill O'Reilly wants to display his awesome rhetorical skills by challenging viewers to take place in a "debate contest"! Yes, it's true - six lucky online applicants will be chosen to "debate" O'Reilly on the air on a subject of their own choosing. Hilariously, O'Reilly demonstrates his incredible "debating" skills, which include such time-honored techniques as 1) proclaiming your opponent's views unpopular among your following, 2) talking louder than your opponent and 3) turning off your opponent's microphone. O'Reilly wraps it all up by dragging out another flirtatious lap dog to declare him a formidable communicator. (Cue laugh track.)