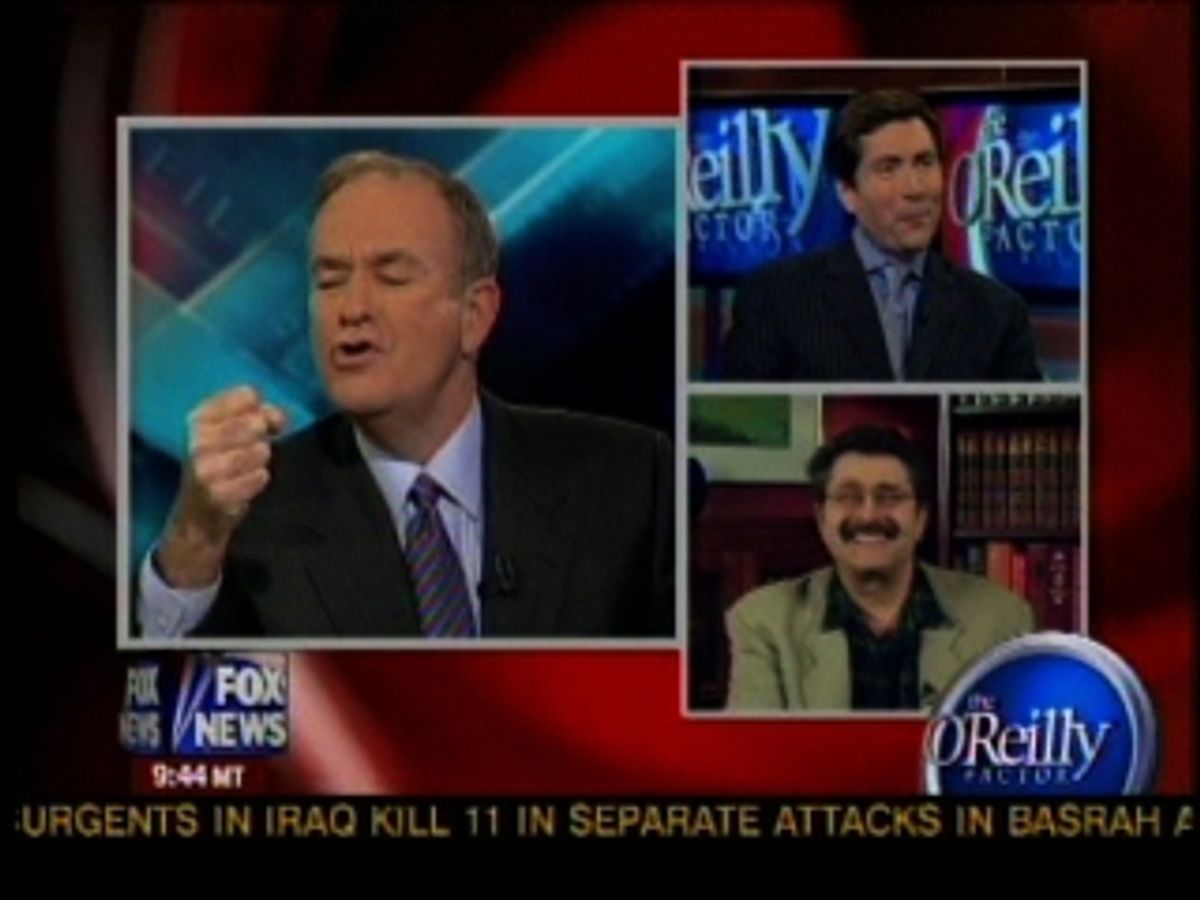 In case you didn't know it already, O'Reilly guest Michael Medved is here to tell you that "Brokeback Mountain" is a film with a blatant pro-homosexual, anti-marriage agenda. And we agree, the media should really warn consumers when movies feature characters that aren't straight and happily married. Bonus points for O'Reilly's second chilling attempt at comedy in a week (the first being his imitation of De Niro at the start of this clip).