Drawing on a true story about Sherlock Holmes' creator and disemboweled farm animals, Julian Barnes delivers his most substantial novel. 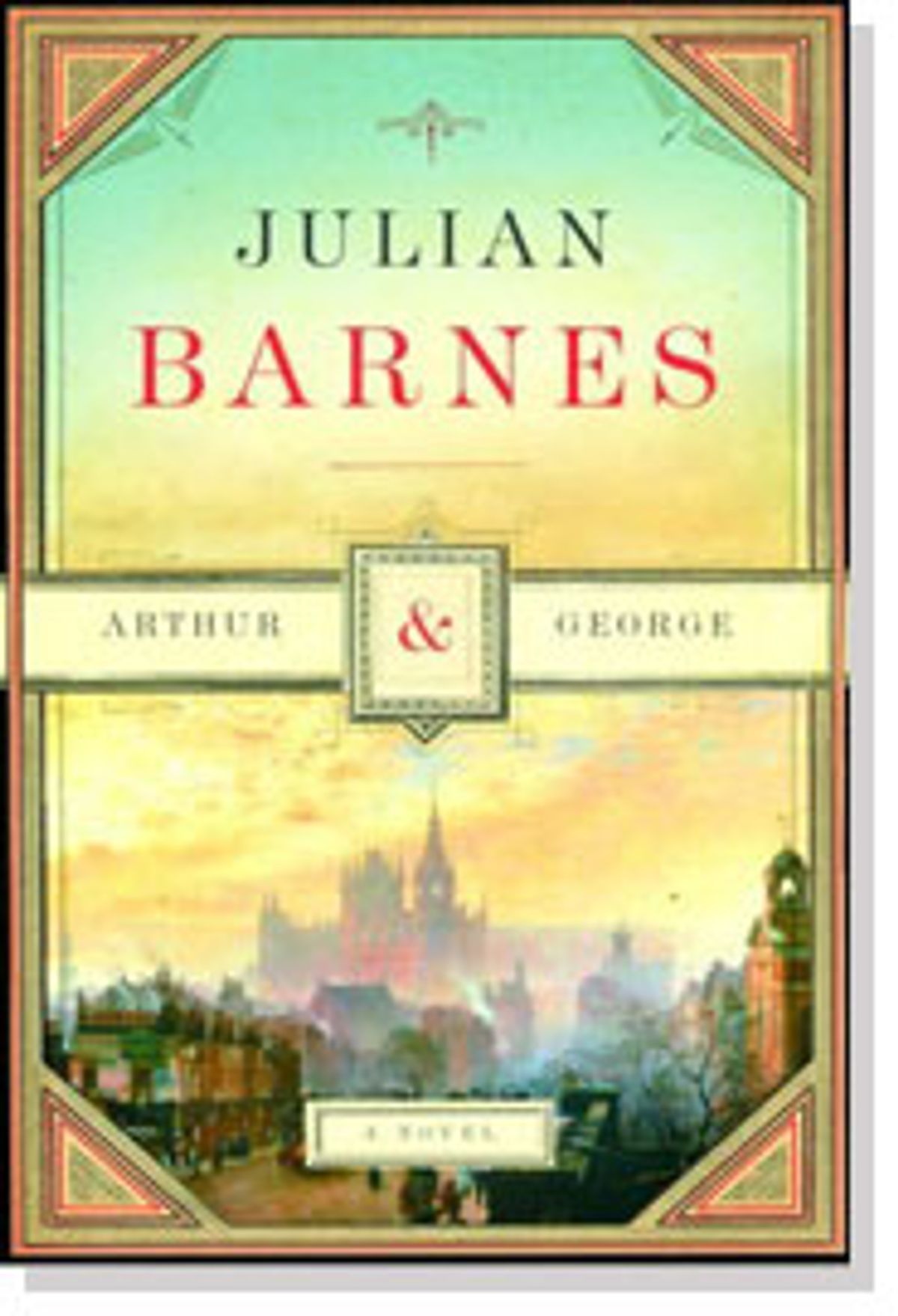 For years, Julian Barnes wrote as two authors. Under his own name, he published literary novels, the most popular of which, including "Flaubert's Parrot" and "A History of the World in 10 1/2 Chapters," were breezy, postmodern meditations on French culture, romantic love and the ironic injustices of history. (Some respectable experiments and some pretty tedious relationship novels appeared under his real name as well.) Barnes' other authorial self, under the name of Dan Kavanaugh, wrote crime fiction. Barnes' latest novel, the rousing and elegant "Arthur & George," is like a protracted negotiation between Barnes and Kavanaugh, and the mingling of a little detection into the literary author's work has produced his most substantial novel yet.

"Arthur & George" is based on a real incident, the intervention of Sir Arthur Conan Doyle, creator of Sherlock Holmes, in the case of one George Edalji, a solicitor from Staffordshire. Edalji, the son of a Scottish woman and an Indian-born Anglican vicar assigned to a rural parish, was falsely convicted of a series of nocturnal livestock mutilations and sentenced to seven years in prison. (He was released after serving three.) Doyle was only the most famous of a group of notable Britons who campaigned to have Edalji's case reconsidered by the Home Office and his reputation cleared in order that he could once again practice law.

Barnes' novel lays the lives of the two men side by side and considers which is more the outsider. Edalji might seem the most logical choice, but as portrayed by Barnes, George is a man whose faith in the English way of life is well nigh unshakable. George is indifferent to his Parsee roots, while Arthur revels in his Scottish blood. George lives a life of eminent respectability, while Arthur falls in love with another woman as his wife slowly dies of tuberculosis. George believes in reason, justice and above all the law, while Arthur becomes more and more enmeshed in the spiritualist movement and its theories about the persistence of the soul after death. Arthur is sick of his most famous literary creation, while George, author of a manual titled "Railway Law for the 'Man in the Train': Chiefly Intended as a Guide for the Travelling Public on All Points Likely to Arise in Connection with the Railways" (a volume that, I'm delighted to say, actually exists), hopes to be remembered for this useful work.

Arthur is the name attraction in this story, but George is Barnes' greater creation. Arthur's tortuous romantic life, pursued in accordance with the most scrupulous notions of chivalric honor, has the slightly tedious quality of so many of the love affairs in Barnes' fiction, in which everyone behaves a little too decently to be very interesting. George's dogged pursuit of the most unexceptional, orderly and modest English life seems, paradoxically, both more heroic and slightly, if touchingly, deranged.

Then there's the novel's animating mystery: Who disemboweled several horses and other farm animals in the vicinity of Great Wyrley, Staffordshire, at the turn of the century, and was it the same party or parties who had been sending nasty anonymous letters to the Edalji family for years? Why would George perpetrate both outrages, as the authorities insisted he did? Did the police tamper with or misrepresent the physical evidence to implicate George in the crimes? To everyone but George and the local chief constable -- who tells Doyle "when the blood is mixed, that is where the trouble starts" -- the targeting of George seems a blatant case of "race prejudice."

Barnes enjoys teasing out the many minor ironies in the case: George, suspected by the police of "barbarous and ritual practices" as well as senselessly self-incriminating acts, is so punctiliously rational he keeps misjudging his own case. He expected the law to function like a perfect machine. Arthur, creator of the most supremely logical character in literature, is by contrast a master of the kind of emotional manipulation needed to sway public opinion and win George a pardon. The stupidly racist chief constable proves himself a shrewd analyst of Arthur's illogical beliefs. He also inadvertently hits the writer's most vulnerable spot when he suggests that George, like any "normal, healthy man ... continually deprived of sexual fulfillment for whatever reason" might "end up worshipping strange gods, and performing strange rites."

Arthur's detecting, aided by a loyal personal secretary who "had always had a deal of sympathy for the character of Dr. Watson," is historically accurate, impressive and good fun. But it's really George who sticks with you, a man who for all his oddity has done a better job than Arthur of handling the inevitability of disappointment -- in the world, in life, in one's self. There's something almost autistic about George, but except for his tenacious insistence that he is no different from any other Englishman, he sees things more clearly. On the other hand, Arthur's generosity, imagination and energy -- all blessings -- arise from his refusal to face what George sees. The novel's final, enigmatic scene suggests the possibility of a second and deeper convergence of these two endearing men, but whether that possibility was ever realized is, of course, a mystery not even you-know-who could solve.