Ollie North drops to his knees -- and falls further. 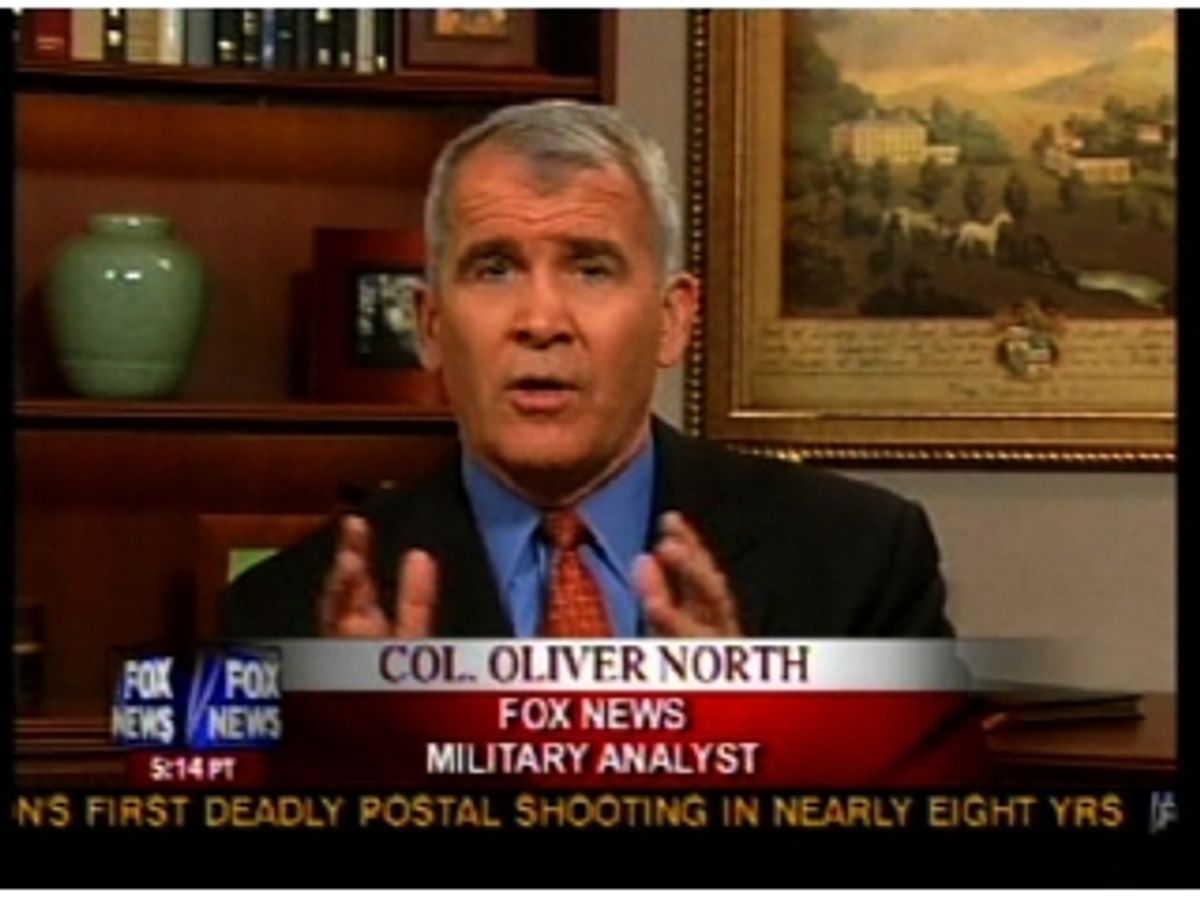 Fox spent a lot of airtime Tuesday complaining about the comments of CNN's Christiane Amanpour on "Larry King Live," where she called the Iraq war a "disaster." But bonus points to convicted felon/Fox military analyst Ollie North, who scored a two-fer, using the fracas to spit-polish his medals and fluff up his boss at the same time! Unfortunately, he also got his facts wrong, suggesting that Keith Murdoch (Rupert's dad) was some sort of passive stenographer at Gallipoli when he actuallly played such an active role (circumventing Army censors along the way!) he surely would've been labeled "biased" by the Fox News of the day.