"Everyone is afraid to criticize Islam" 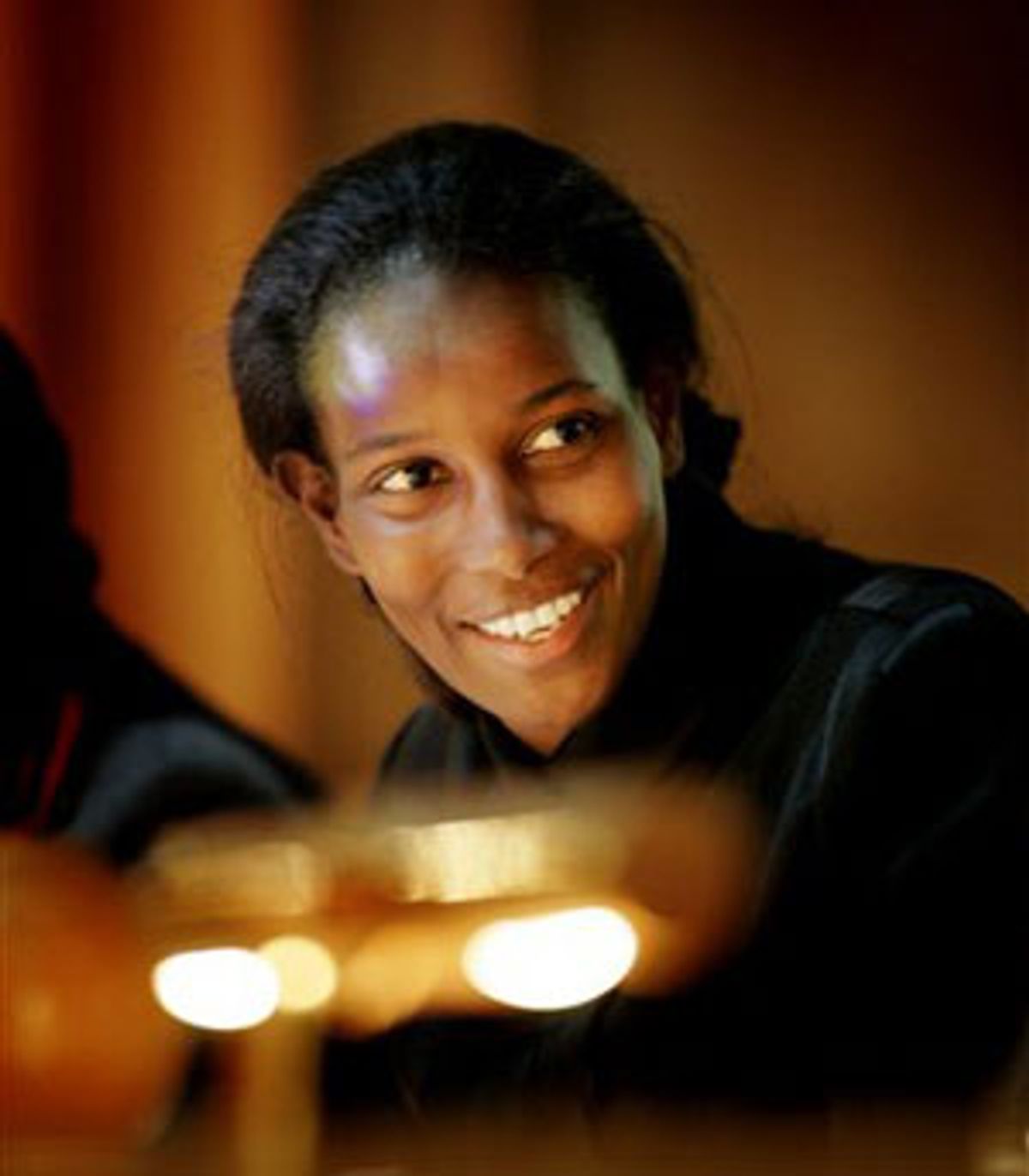 Ayaan Hirsi Ali, a member of the Dutch Parliament, is one of the most sharp- tongued critics of political Islam -- and a target of Islamic fanatics. Her provocative film "Submission" led to the assassination of director Theo van Gogh in November 2004. The murderer left a death threat against Hirsi Ali pinned to van Gogh's corpse with a knife.

Thirty-six years old and a member of Holland's neo-liberal VVD Party, Hirsi Ali was born in Somalia, where she experienced the oppression of Muslim women firsthand. When her father attempted to force her into an arranged marriage, she fled to Holland in 1992. Later, she renounced the Muslim religion. Though she spent a brief period in hiding following van Gogh's murder, Hirsi Ali has returned to Parliament and is continuing her fight against Islamism. She recently published a book, "I Accuse," and is working on a sequel to "Submission."

In an interview, she spoke about the upheaval over the publication of controversial Danish cartoons, arguing that if Europe doesn't stand up to extremists, a culture of self-censorship and fear of criticizing Islam -- one that she says already pervades Holland -- will spread across Europe.

Hirsi Ali, you have called the prophet Mohammed a tyrant and a pervert. Theo van Gogh, the director of your film "Submission," which is critical of Islam, was murdered by Islamists. You yourself are under police protection. How do you think the Danish cartoonists feel at this point?

They probably feel numb. On the one hand, a voice in their heads is encouraging them not to sell out their freedom of speech. At the same time, they're experiencing the shocking sensation of what it's like to lose your own personal freedom. One mustn't forget that they're part of the postwar generation, and that all they've experienced is peace and prosperity. And now they suddenly have to fight for their own human rights once again.

Why have the protests escalated to such an extent?

There is no freedom of speech in those Arab countries where the demonstrations and public outrage are being staged. The reason many people flee to Europe from these places is precisely because they have criticized religion, the political establishment and society. Totalitarian Islamic regimes are in a deep crisis. Globalization means that they're exposed to considerable change, and they also fear the reformist forces developing among émigrés in the West. They'll use threatening gestures against the West, and the success they achieve with their threats, to intimidate these people.

Was apologizing for the cartoons the wrong thing to do?

Once again, the West pursued the principle of first turning one cheek, then the other. In fact, it's already a tradition. In 1980, privately owned British broadcaster ITV aired a documentary about the stoning of a Saudi Arabian princess who had allegedly committed adultery. The government in Riyadh intervened and the British government issued an apology. We saw the same kowtowing response in 1987 when [Dutch comedian] Rudi Carrell derided [the Iranian leader] Ayatollah Khomeini in a comedy skit. In 2000, a play about the youngest wife of the prophet Mohammed, titled "Aisha," was canceled before it ever opened in Rotterdam. Then there was the van Gogh murder and now the cartoons. We are constantly apologizing, and we don't notice how much abuse we're taking. Meanwhile, the other side doesn't give an inch.

There should be solidarity. The cartoons should be displayed everywhere. After all, the Arabs can't boycott goods from every country. They're far too dependent on imports. And Scandinavian companies should be compensated for their losses. Freedom of speech should at least be worth that much to us.

But shouldn't Muslims, like any religious community, also be able to protect themselves against slander and insult?

That's exactly the reflex I was just talking about: offering the other cheek. Not a day passes, in Europe and elsewhere, when radical imams aren't preaching hatred in their mosques. They call Jews and Christians inferior, and we say they're just exercising their freedom of speech. When will the Europeans realize that the Islamists don't allow their critics the same right? After the West prostrates itself, they'll be more than happy to say that Allah has made the infidels spineless.

What will be the upshot of the storm of protests against the cartoons?

We could see the same thing happening that has happened in the Netherlands, where writers, journalists and artists have felt intimidated ever since the van Gogh murder. Everyone is afraid to criticize Islam. Significantly, "Submission" still isn't being shown in theaters.

Many have criticized your film as being too radical and too offensive.

The criticism of van Gogh was legitimate. But when someone is killed for his worldview, what he may have done wrong is no longer the issue. That's when we have to stand up for our basic rights. Otherwise we are just reinforcing the killer and conceding that there was a good reason to kill this person.

You, too, have been sharply criticized for your dogged criticism of Islam.

Oddly enough, my critics never specify how far I can go. How can you address problems if you're not even allowed to clearly define them? Like the fact that Muslim women at home are kept locked up, are raped and are married off against their will -- and that in a country in which our far too passive intellectuals are so proud of their freedom!

The debate in Holland over speaking Dutch on the streets, and the integration programs for potentially violent Moroccan youth -- do these things also represent the fruits of your provocations?

The sharp criticism has finally triggered an open debate over our relationship with Muslim immigrants. We have become more conscious of things. For example, we are now classifying honor killings by the victims' countries of origin. And we're finally turning our attention to young girls who are sent against their will from Morocco to Holland as brides, and adopting legislation to make this practice more difficult.

You're working on a sequel to "Submission." Will you stick to your uncompromising approach?

Yes, of course. We want to continue the debate over the Koran's claim to absoluteness, the infallibility of the Prophet, and sexual morality. In the first part, we portrayed a woman who speaks to her god, complaining that even though she has abided by his rules and subjugated herself, she is still being abused by her uncle. The second part deals with the dilemma into which the Muslim faith plunges four different men. One hates Jews, the second one is gay, the third is a bon vivant who wants to be a good Muslim but repeatedly succumbs to life's temptations, and the fourth is a martyr. They all feel abandoned by their god and decide to stop worshipping him.

Will this latest upheaval make your work more difficult?

The conditions couldn't be more difficult. We're forced to produce the film under complete anonymity. Everyone involved in the film, from actors to technicians, will be unrecognizable. But we are determined to complete the project. The director didn't really like van Gogh, but he believes that, for the sake of free speech, shooting the sequel is critical. I'm optimistic that we'll be able to premiere the film this year.

Is the Koran's claim to absoluteness, which you criticize in "Submission," the central obstacle to reforming Islam?

The doctrine stating that the faith is inalterable because the Koran was dictated by God must be replaced. Muslims must realize that it was human beings who wrote the holy scriptures. After all, most Christians don't believe in hell, in the angels, or in the earth having been created in six days. They now see these things as symbolic stories, but they still remain true to their faith.

Translated from the German by Christopher Sultan