Bush's strong support of the Dubai ports deal isn't so surprising in light of his family's many financial ties to Arab sheikdoms. 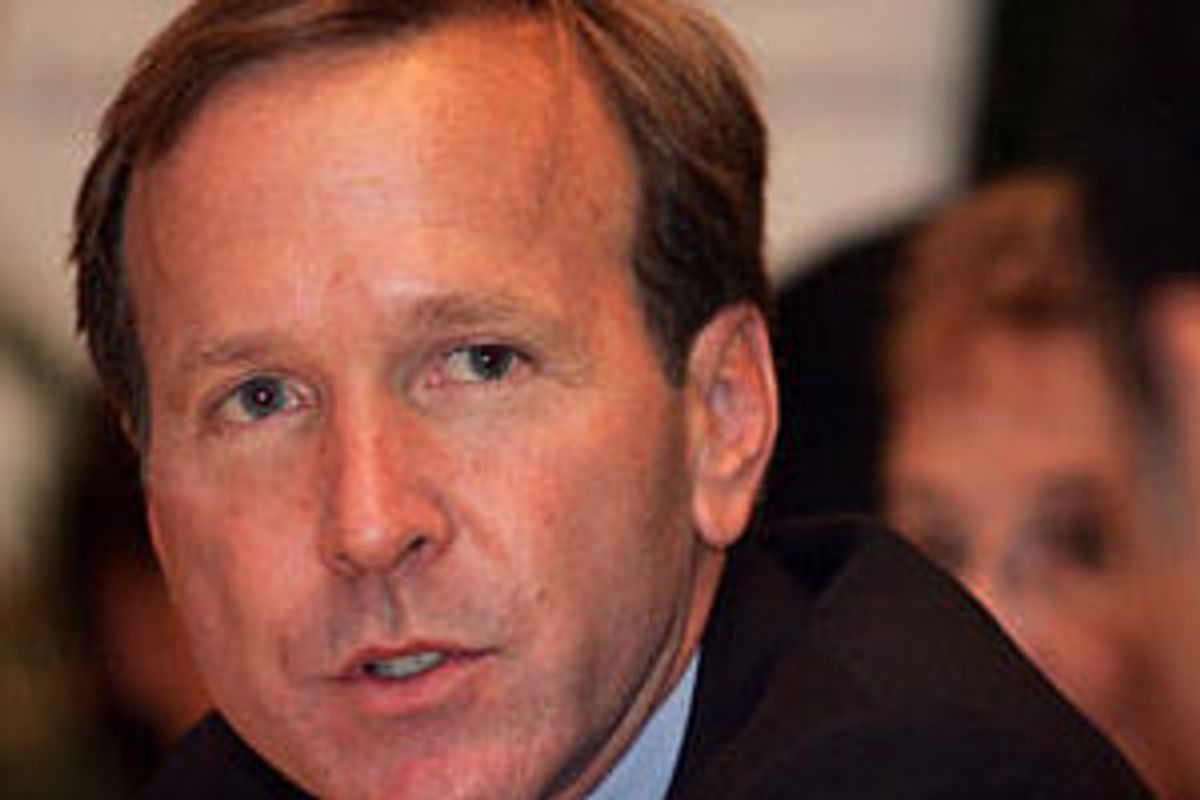 To hear George W. Bush urge calm upon the nation is a refreshing change from his administration's habitual encouragement of fear for political advantage. No more color-coded terror alerts, election-timed warnings or partisan-tinged posturing will emanate from the White House, or at least not until Dubai Ports World has safely completed its takeover of several major American shipping terminals. The president's shift in tone is as remarkable as his threat to use his first veto in five years to protect the Dubai deal in the face of bipartisan congressional opposition.

But Bush's passionate defense of the United Arab Emirates and the ports deal inevitably raises questions -- not only about the due diligence of his administration in this instance but about his and his family's long-standing ties to the Persian Gulf sheikdoms, and specifically to the UAE's rulers. His insinuation that skepticism is equivalent to bigotry cannot deflect such concerns, which first arose in the months after the 9/11 attacks.

By now, everyone paying attention to the furor over the Dubai ports deal should be aware of the UAE's mixed record with regard to terror and global security. The Emirates' ruling families formerly maintained close relationships with the Taliban and Osama bin Laden, whose hunting camps in Afghanistan they frequented; two of the 20 hijackers in the 9/11 plot were UAE nationals who used safe houses and banks in Dubai; and the A.Q. Khan nuclear smuggling network also used facilities there to mask its operations. Since 9/11, however, the Emirates have cooperated with U.S. operations against al-Qaida, and their state-owned corporations have eagerly participated in American attempts to improve transportation security.

What seems worrisome even to some who might ultimately accept the Dubai ports deal is the "casual attitude" of the Bush administration in vetting the company, as Sen. Carl Levin put it. Considering the history of Bush entanglement with the oil despots of the Gulf, that lax indulgence was bad policy and worse politics.

For the president, his administration's lenience toward the Emirates recalls the unpleasant history of Harken Energy, the loser oil exploration firm that provided him with a handsome profit when he unloaded his shares during the summer of 1990. Years earlier, Harken had been rescued from bankruptcy by timely investments of millions of dollars from the scandal-ridden Bank of Credit and Commerce International, also known as the "bank of crooks and criminals." Although dominated by Saudi friends of Dubya's dad, BCCI was headquartered in the Emirates, specifically in Abu Dhabi.

That may seem like old history, but the first family's intimate connection with the UAE royals has continued without rupture over the past two decades.

Consider the Carlyle Group, the huge, politically wired private equity firm that has employed both the president and his father -- and from which the members of the Bush family and their closest associates, such as former Secretary of State James Baker III, have profited handsomely in recent years. With its sole Middle East office headquartered in Dubai, Carlyle has managed to attract substantial funding from the UAE government, which controls most of the tiny nation's oil wealth and channels that money into foreign investments.

Last year, to cite only the most recent example, Carlyle's newest buyout fund won an infusion of at least $100 million from the Dubai Investment Corp. -- another state-owned outfit created by the ruling families to reinvest the enormous inflows of capital from rising oil prices and oil consumption. If that individual deal with Carlyle represented only a small fraction of the Emirates' investments, the upside potential of the relationship could be far greater in the future. The directors of Dubai Investment expect to invest as much as $5 billion every year for a long time to come.

No doubt Carlyle will ardently bid to manage a slice of those billions -- and the president surely understands that maintaining good relations with the Emirates will enhance the prospects of the family's favorite equity firm. But to deprive Dubai of its $6.8 billion ports acquisition might well have the opposite effect. For a company that trades on its political influence as well as its business acumen, such incidents can be pivotal.

The ports controversy could cause similar problems for Neil Mallon Bush, the president's most troublesome brother, who has become a familiar face in Dubai and Abu Dhabi. Neil Bush seems to be in constant pursuit of investors and government contracts in the Emirates, and is treated there with a respect and deference that have always eluded him in his own country. For reasons that must be painfully obvious, UAE royals have been quite eager to engage the former Silverado Savings and Loan director ever since his eldest brother entered the Oval Office. That embrace only intensified after 9/11.

In October 2001, only a month after the terrorist attacks on New York and Washington, Neil Bush showed up in Dubai to attend a technology trade fair -- and to meet with Crown Prince Sheikh Mohammed bin Rashid Al Maktoum. While peddling the products of Ignite!, his educational software company, Bush was feted as the guest of honor at a gala dinner for a charitable foundation, also hosted by the crown prince. (Former President Bill Clinton and former Vice President Al Gore, who had been scheduled to travel to the Emirates around the same time, both canceled their attendance at those events.) According to the UAE's official news agency, Bush's discussions with Sheikh Mohammed and with Information Minister Sheikh Abdullah bin Zayed Al Nahyan focused on "the world economy in light of recent events." During that visit Bush also met with the UAE's finance industry minister.

Exactly how much money Neil Bush raised in the Emirates as CEO of Ignite! isn't clear, but he managed to acquire a local partner, known as Trans-Data Systems, which is required for doing business there. He returned to Dubai in January 2002 to deliver a lecture on educational reform to a "select" audience of 200 government and education officials from the seven emirates that comprise the UAE. The signs of state patronage could not have been more plain. The Dubai Chamber of Commerce and Industry sponsored his seminar, and the official news agency made sure to note that "the younger brother of U.S. President George W. Bush ... agrees with the vision of General Sheikh Mohammed bin Rashid Al Maktoum, Crown Prince of Dubai and UAE Defense Minister, about adopting new ideas into the existing education system."

During his seminar Bush noted that the "UAE is facing a golden opportunity to lead the world by putting in place a high-speed, broadband access to rich-media content which will revolutionize education in this part of the world." He illustrated this point by streaming a video clip of his son, Pierce, appearing on a television show to discuss his own learning difficulties.

"My father was the 41st president and my brother is 43rd; I think that if Pierce finishes high school, he'll be the 50th president of the United States," quipped Neil Bush. And should he fail to graduate, perhaps he will become a global businessman, just like dear old Dad. Young Pierce -- bearing the name of his mother's family and descended indirectly from Franklin Pierce, one of the worst presidents ever -- must only hope that an indulgent relative will still be in the White House.