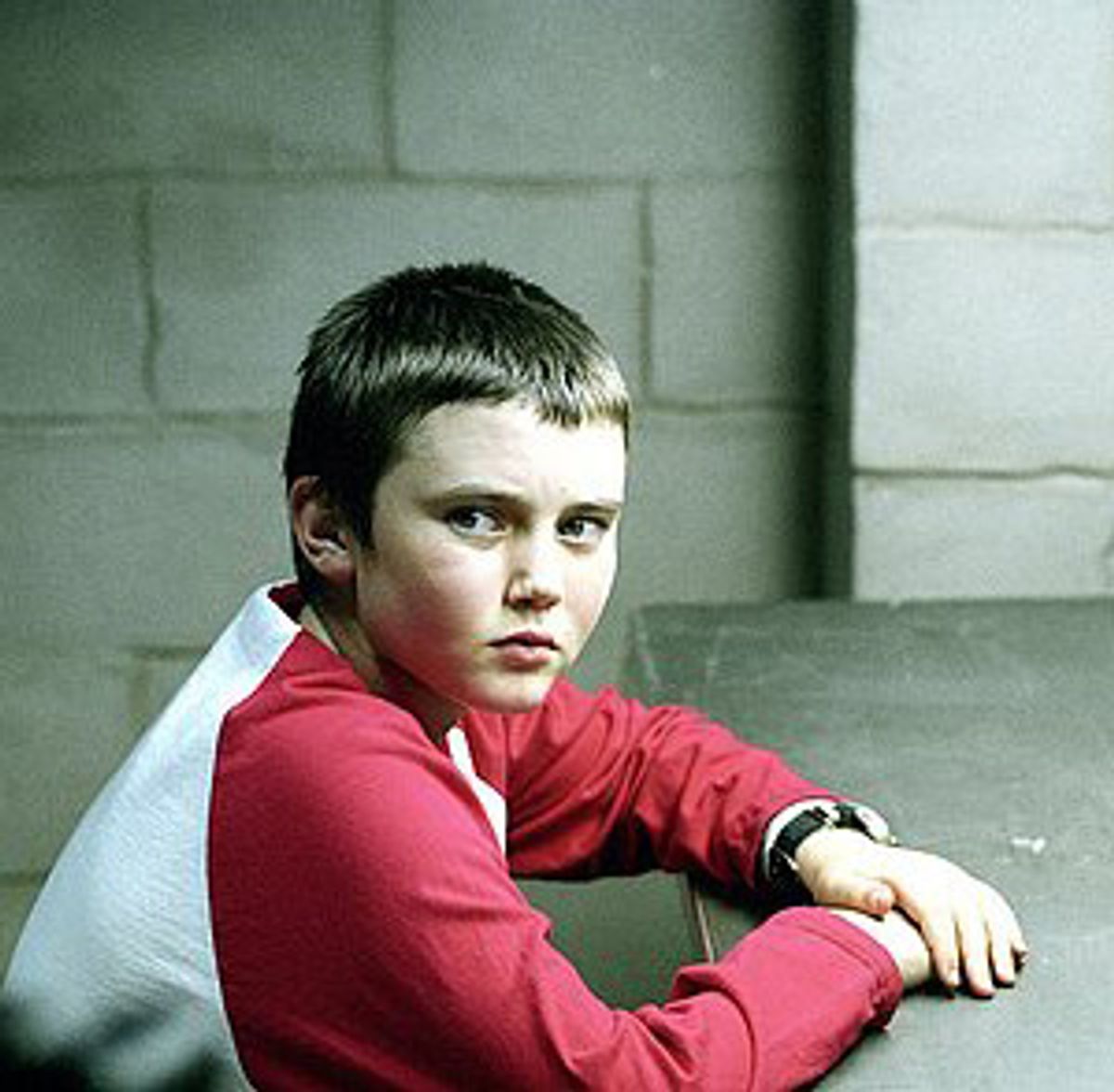 Wayne Kramer's "Running Scared" is the kind of movie in which women and little kids get smacked around a lot -- hard -- so that the audience will cheer wildly when their abusers get wasted. It's lower on the food chain than a mere exploitation picture because it clings so desperately to the notion that it's a serious movie about violence; it doesn't even have enough integrity to serve up cheap, sick thrills for their own sake.

Paul Walker scowls through the picture as Joey Gazelle, a low-level thug employed by a New Jersey mob family (Italian) that has an uneasy relationship with another mob family (Russian). Joey is a husband and dad: He corners his lissome wife, Teresa (Vera Farmiga), as she's doing the family laundry, pressing her against the washing machine with erotic ardor; later, he smacks her butt possessively. When he uses bad language around their kid, Nicky (Alex Neuberger), Teresa hollers from the kitchen, "You use language like that, you ain't gettin' no after-dinner dessert." The whole thing reeks of someone's -- probably Kramer's, since he wrote the script -- imagined notions of how those people down in the lower classes live.

As "those people" are wont to do, Joey hides guns and other bad stuff in plastic baggies behind a cheap paneled wall in his basement. So it's not long before Nicky and his best friend, kid-next-door Oleg (Cameron Bright), discover the cache. Trouble ensues when Oleg apparently uses one of the guns to put a bullet through the shoulder of his mother's abusive boyfriend, a taciturn Russian John Wayne freak, Anzor "Duke" Yugorsky (Karel Roden). Yugorsky is part of the Russian mob family that Joey's bosses have been tussling with. And Joey has to get the gun back before it can be traced to an earlier undercover-cop shooting, which means he first needs to find Oleg, who has disappeared.

If you haven't already guessed, there's a lot of shooting in "Running Scared." But that, in itself, isn't the problem. Kramer just doesn't know how to handle violence. The picture, even though it attempts to be grimly funny in places, has a humorless, grainy-gray, arty look. (The cinematographer is James Whitaker, who also shot Kramer's first feature, "The Cooler.") There's lots of quick, jerky cutting, and far too many close-ups of various thugs' twisted lips and prodigious razor stubble. One of the movie's pivotal early sequences is intentionally noisy, bloody and brutal, but the violence, though it's unpleasant, has no weight: Kramer seems too obsessed with groovy bullet's-eye-view special effects to think very hard about what he's trying to say. Later, there's some more gruesome nonsense involving a hockey puck, and Kramer doesn't let the camera cut away: He wants to make sure we see every sadistic second of it.

The ending of "Running Scared" suggests there's some sort of nobility in everything we've just seen, but that's an illusion, if not a ruse. Kramer uses violence to rev the audience up: They're putty in his hands, but ultimately, he sends them home with nothing. I can hardly believe "Running Scared" was made by the same guy who wrote and directed "The Cooler," a picture that was not just intelligently put together, but also featured one of the best sex scenes I've seen in years. (In that scene, Maria Bello and William H. Macy bare it all so beautifully, and so honestly, that it makes me smile just to think of it.)

"Running Scared" might have been a slightly better movie if not for its impenetrable star, Paul Walker, very recently seen in "Eight Below" as an indifferent dog lover. (That may sound like an oxymoron, until you've seen the movie.) Walker was a handsome, muscular presence in the great drag-racing cheapie "The Fast and the Furious"; he at least had some life to him then. But here, he gives almost nothing to the camera. What is he thinking? How does he feel about his family? (He sure barks at his kid a lot, which is probably how we're supposed to "know" how much he loves him.)

Some of the other actors make valiant efforts here: Farmiga is a lovely actress, and she brings some spark to her scenes, even though she's given too many dumb lines. And Bright, who played Nicole Kidman's creepy young suitor in "Birth," may look like a deadpan naif, but he clearly conveys how much smarter Oleg is than most of the grown-ups around him. He moves through this feral odyssey with an admirable degree of self-possession. He's the movie's one note of class.