"We need to talk to them" 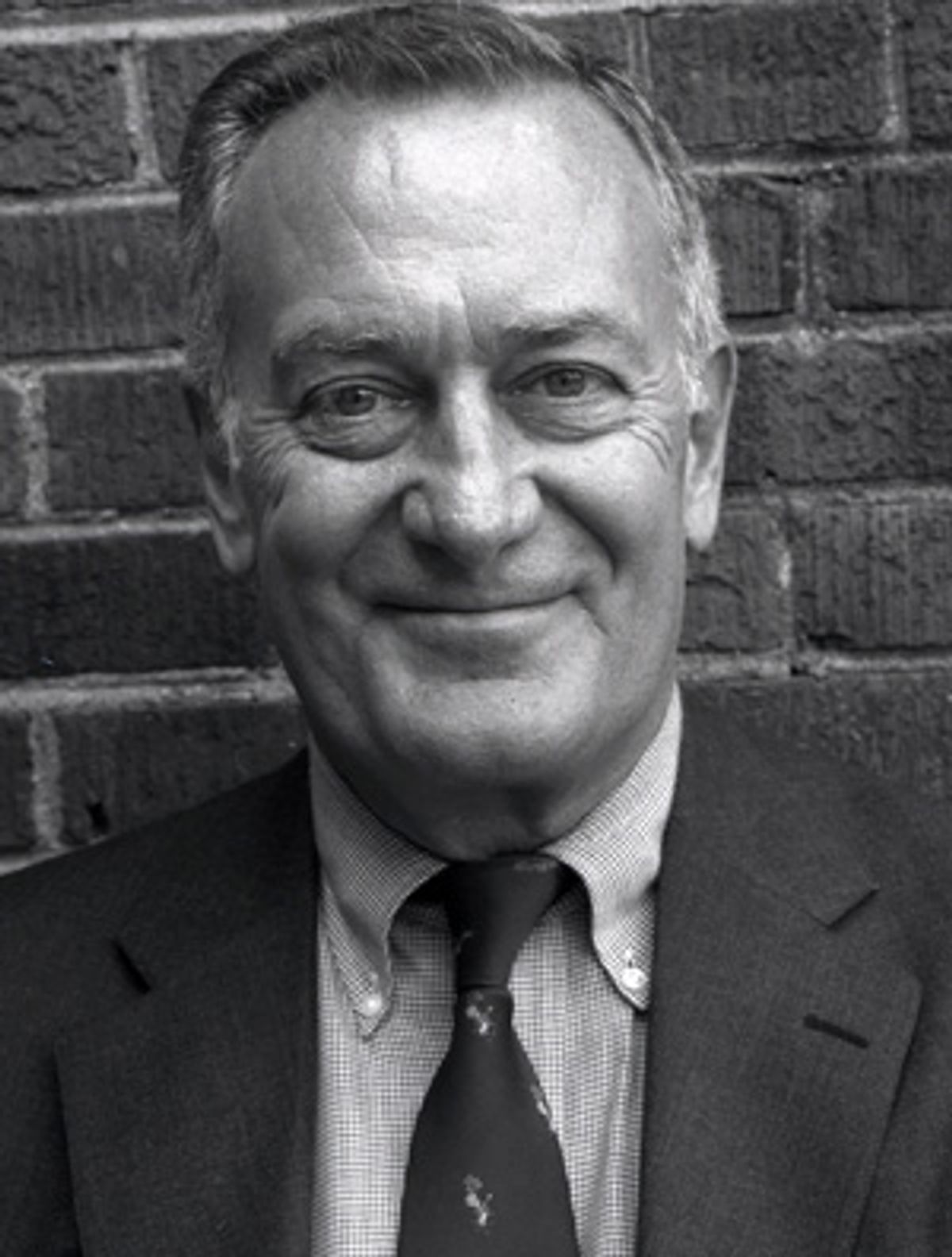 Robert Keeley is an outspoken critic of George W. Bush's Middle East policies. He also believes in the importance of diplomacy. That's why the retired U.S. diplomat met with Middle East leaders that the Bush administration condemns.

Keeley, a former U.S. ambassador to Greece, Zimbabwe and Mauritius, was one of seven members of a delegation that observed the Palestinian elections last month and traveled to Israel, the West Bank and Gaza, Egypt, Lebanon, Syria and Jordan. They were the first former American diplomats to meet with Hamas members. They also met with Syrian leader Bashar al-Assad, Lebanese President Emile Lahoud and Amr Moussa, the secretary-general of the Arab League.

The delegation was organized by the Council for the National Interest, a group that is highly critical of U.S. policy in the Middle East, in particular what it regards as America's unbalanced support for Israel. CNI, which contains both a nonprofit lobby and an educational foundation, was founded by Paul Findley, a former Republican congressman from Illinois who lost his seat in 1982 after he was targeted by AIPAC, the powerful pro-Israeli lobby.

Salon talked with Keeley about his visit to the Middle East in a recent telephone interview.

Your delegation met with major Hamas leaders, including Mahmoud al-Zahar, Shaikh Naif Rajoub and Khaled Mashaal. Your group also met with many other leaders in the Middle East, including the presidents of Lebanon and Syria. How was your delegation received by these leaders?

Well, they were, I would say, more than welcoming. They were eager to have Americans they could talk to. We were horrified in a way that we had had such easy access. Because that means that other people did not have access, or are not bothering to try to get access. These people are rather desperate to get their message out, and to talk to Americans. I suppose they thought we might be sympathetic, but they didn't necessarily know exactly what our views were. They gave us lots of time; they were never hurried.

Was that how you were also received by the Hamas leaders? Were they also eager [to meet with you]?

Yes, they were. Hamas is on the list of terrorist organizations, meaning that official Americans can't talk to them. I don't know how much the U.S. media people talk to them -- I don't think enough. They've decided they want to go into politics. They have made attacks on Israel -- violent attacks, sometimes against civilians, what we label as terrorism. I don't dispute that. But they declared a truce a year ago, and they've honored that. So I think they've earned what they won. And they were very eager to show a moderate face -- that they've decided to go into politics and try to achieve their goals through peaceful means, rather than through violence. I would hope that they get a broad spectrum of people joining in, so that it isn't just a Hamas government. There are other tendencies and other viewpoints amongst the Palestinians.

Hamas does not recognize Israel. What approach do you think Israel should take with Hamas?

Well, it's not a question of not recognizing. They don't recognize Israel as it exists. If Hamas is going to talk to Israel, they obviously have to talk to somebody that exists; they can't pretend they don't exist. The question is: Where? What is your territory? What are your borders? What are your intentions? Obviously, if they're going to have a settlement, they have to agree that the other side of the settlement exists.

As regards borders: What is your position on the so-called separation barrier, or the "wall," which goes beyond the "Green Line" marking the 1967 borders and caves off large portions of Palestinian land? The U.S. has supported it; the International Court of Justice has condemned it.

According to international law, and the Geneva Conventions, and U.N. Security Council resolutions like 242, you're not allowed to acquire land by military force, by military means, by occupation. If the wall were being built along the Green Line, I don't think there would be as strong an objection to it. It wouldn't be impinging on Palestinian land. Furthermore, it wouldn't be isolating Palestinian cities, towns and villages from each other, and from communicating with other parts of the West Bank.

The other problem is whether Israel -- although it doesn't say so -- really intends that to be the permanent border. If that's the case, then Israel has acted unilaterally and has decided what the borders are going to be. The wall separates Israelis from Palestinians, but it also incorporates major Israeli settlements on the Israeli side of the wall. This makes people think that Israel is planning to incorporate those settlement areas eventually as part of Israel, that is, annex the land.

I don't think it was a good move. And it was a definite change in our policy. Originally, way back in the Carter administration, and previously, we considered those settlements on the West Bank and in Gaza, on Palestinian land, to be illegal. Later, the formula began to change. With President Reagan, they had great difficulty in the State Department, and elsewhere, preparing a position paper for the new administration because President Reagan was much more sympathetic to Israel. He didn't want to say the settlements were illegal. He said they were a difficulty, or an obstacle, in the final negotiations. Later on, under George Bush senior, it became still somewhat different -- I don't remember the exact formula -- it was that their future was to be settled through negotiations and so forth. In other words, they were no longer declared to be illegal or even improper. Under President Clinton [the policy] was further transformed. And again, [the Israeli settlements] became part of the final settlement negotiations between the two sides. And [the U.S.] didn't take a strongly negative position on them.

What George W. Bush did was to, in effect, prejudge these negotiations and say, obviously some of these settlements have to be part of Israel as part of a final settlement deal. In other words, there's nothing to negotiate about them -- it has already been decided they're going to be part of Israel.

What position do you think the Bush administration should take on [Kadima Party head and acting and presumed next Israeli prime minister] Ehud Olmert's announced plan (which follows Ariel Sharon's presumed intentions) to proceed unilaterally with withdrawals from some West Bank settlements, but keep the big settlement blocs on the West Bank and refuse to give up East Jerusalem?

The same thing I've been saying applies -- that these unilateral decisions preempt any final settlement negotiations. I don't think those unilateral actions are going to achieve a peaceful settlement because they're taken by one side without reference to the other side.

Most observers see Jerusalem, in particular, as a "red line" for the Palestinians -- i.e., that if they are not allowed to establish a capital in East Jerusalem there will be no peace. Do you think the Bush administration should be pressuring Israel to negotiate on Jerusalem?

On Jerusalem, that's one of those four issues that I mentioned are supposed to be settled in the final status negotiations. Israel has already, again unilaterally, annexed all of expanded Jerusalem. First of all, it extended the borders of what is the city of Jerusalem, including a lot of West Bank territory, where they've established Israeli settlements, going up toward Ramallah in the north and down toward Bethlehem in the south. In other words, they enlarged the city. Then they annexed the whole city, including East Jerusalem, including the Old City, as part of Israel. And [the Israelis] have repeatedly said that this is the permanent, undivided and sole capital of Israel.

That is, no doubt, the most difficult issue of all in this conflict. And it extends well beyond the Palestinians because part of the Old City -- the Dome of the Rock, what they call the Haram al-Sharif -- is a sacred, holy site for Muslims throughout the world.

How much does the U.S. support for Israel hurt us with the Arab and Muslim world? What effect has it had on the fight against terror?

In my opinion, we've pursued a very one-sided policy. And it seems one-sided in the Arab world. That is, we give pretty much unbending support to Israel. I think the Arabs see us as being very biased in favor of one side in a dispute that is between Israel and the Arabs, and between Israel and the Palestinians. In my opinion, if you want to act as an honest broker, you have to be much more evenhanded.

Why do you think the Bush administration has tilted so strongly toward Israel?

I think there are some very influential people in the administration -- particularly around Vice President Cheney, on his staff, and some of the people working on the National Security Council, and even some in the State Department -- who have a long record of being very pro-Israel activists. They have been advocating policies that are beneficial to Israel, and they have a major influence.

Is the U.S. saber rattling over Syria productive or counterproductive?

I don't think it's productive. I think we need to talk to them. I'm a retired diplomat, and of course I believe in diplomacy. What we found on our trip was that there was not enough diplomacy going on and not enough exchange of views. We should be talking to people, even people we disagree with. If you don't talk to them, there's no way you're going to diminish the problems you have with them, or find any solutions.

Based on the things you've learned from your trip, what are your recommendations regarding U.S. policies in the Middle East?

I have a specific recommendation. This came to us originally from Amr Moussa, the secretary-general of the Arab League. The Arab League had a meeting in Beirut, Lebanon, in March 2002. Crown Prince Abdullah, who is now King Abdullah of Saudi Arabia, presented a peace proposal, directed at the U.S. and Israel. It was an offer for all the Arab states to recognize Israel de jure, that is, with full diplomatic relations, with no question about Israel's legitimacy, if Israel were willing to withdraw to the 1967 borders and permit the Palestinians to create a Palestinian sovereign state in the West Bank and Gaza, with East Jerusalem as their capital.

The Arab League made a major concession on the question of the Palestinian refugees outside the territory. They said that this is a problem that should be negotiated with Israel in accordance with U.N. General Assembly Resolution 194, which is an old resolution about the refugees going back to 1948, 1949. Resolution 194 says that they should be permitted to return to their homes, or be compensated for loss of property if they didn't return home. The Arab League wasn't saying all the Palestinian refugees had to go back to Israel; it said the refugee issue could be solved by negotiation.

The U.S. and the Israelis totally ignored this; we didn't answer it, we didn't comment on it. I would say let's go back and look at that.

Kathleen Haley is a freelance journalist based in Palo Alto.