A sublimely brainy tribute to "Singing in the Rain." 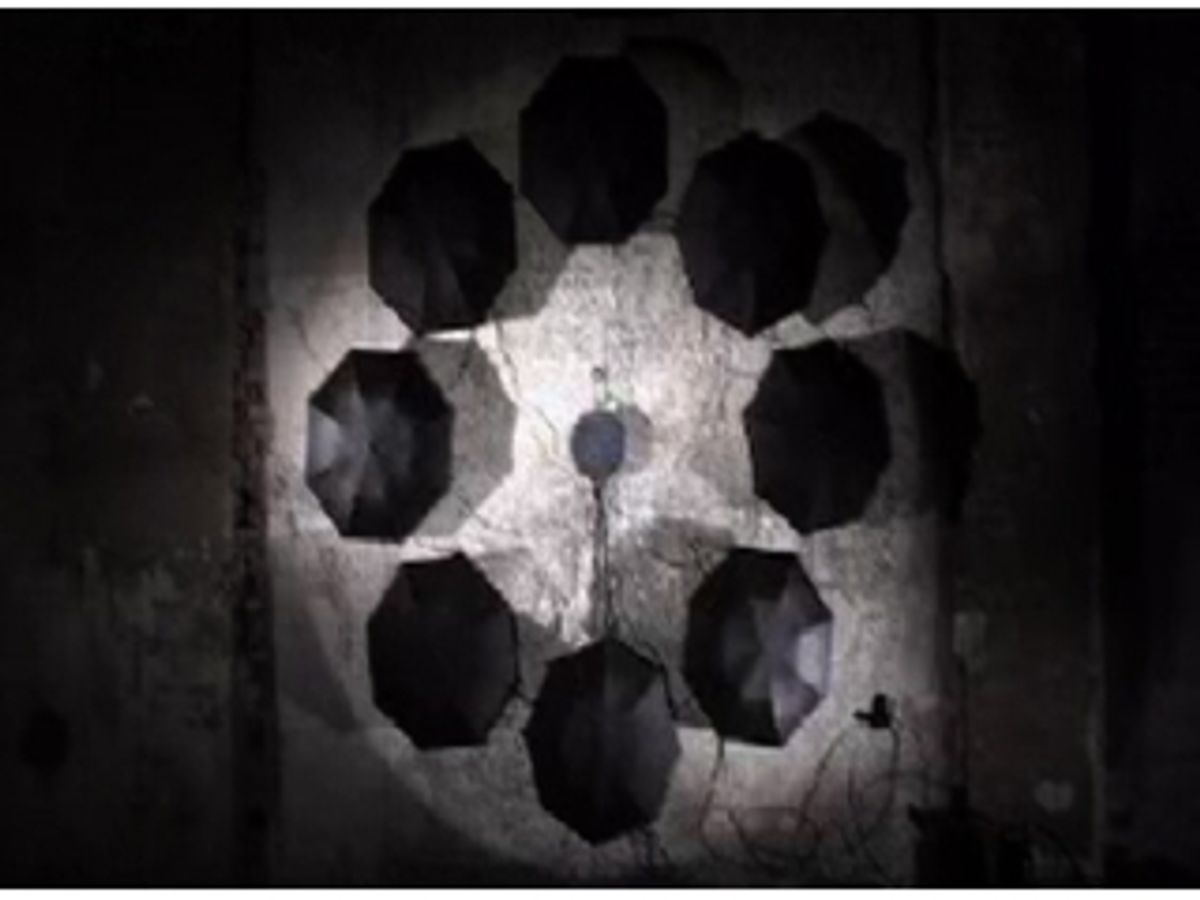 Peter William Holden submits this strangely transfixing video of his robotic installation AutoGene, which he recently showed in Amsterdam at the Robodock Art and Technology festival. He describes it this way:

Busby Berkeley choreographed dancers to mimic the motions of machines and modern inventions. AutoGene is the flipside of this. Its a simple aesthetic looking robot composed of eight modified umbrellas mounted in a circular pattern. A cocktail of air hoses and electrical cables join these umbrellas to a central computer which enables AutoGene to produce a choreographed dance to music which erodes the machine's mechanical qualities and transforms the mundane umbrellas into magical animated objects.

All of which sort of makes us want to watch Gene Kelly dance.