Who was John Fante?

The Italian American author of "Ask the Dust" was the quintessential L.A. writer, a big brother to the Beats and the voice of immigrant America. 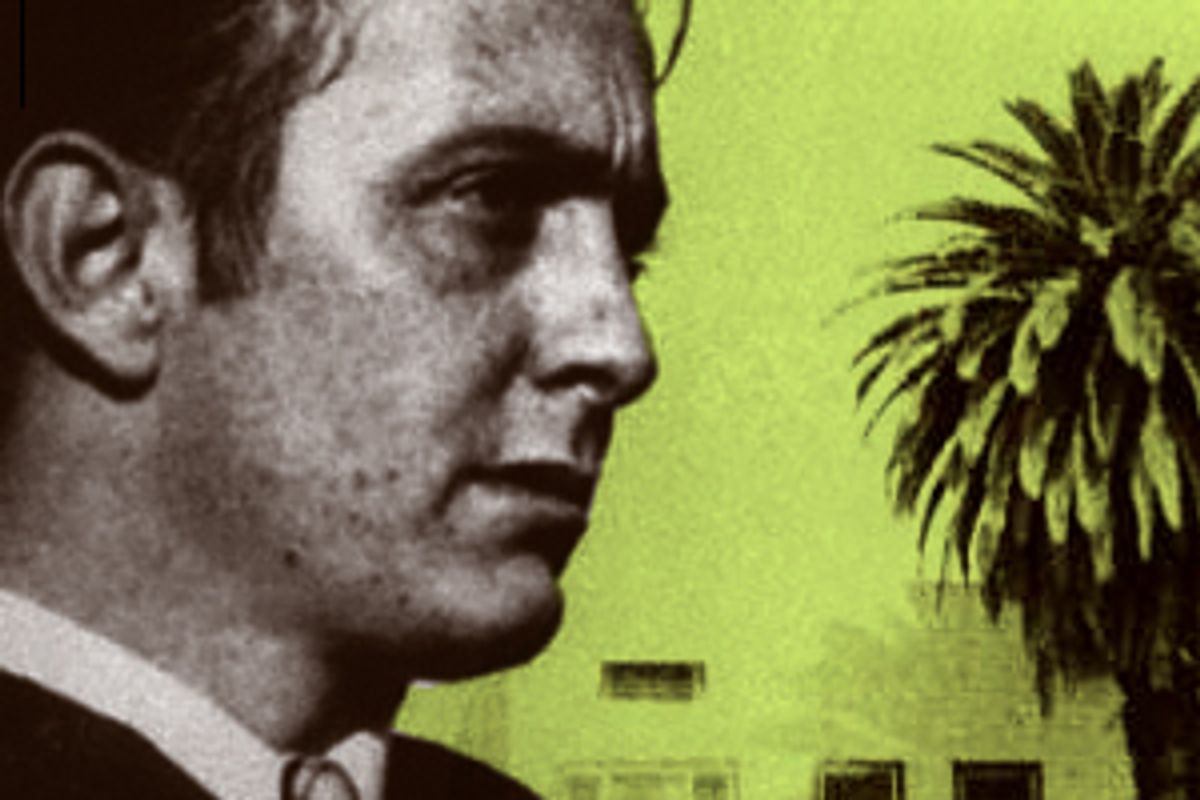 In his current book, "An Offer We Can't Refuse: The Mafia in the Mind of America," George De Stefano bemoans the fact that young Italian Americans know themselves only through skewed popular images: "They know all about John Gotti but not John Fante." Unfortunately, you don't have to be Italian American not to know who John Fante was, though perhaps a few more will discover his work thanks to Robert Towne's adaptation of Fante's best-known novel, "Ask the Dust," starring Colin Farrell and Salma Hayek, which opens March 10.

If it weren't for Charles Bukowski, who regarded Fante as his (please excuse the term, but it applies) literary godfather and who dedicated poems to him, it's likely that few would remember Fante's name today. Bukowski, who was known in the early part of his literary career to go around shouting, "I am Arturo Bandini!" in tribute to Fante's ebullient, raw-nerved literary alter ego, was instrumental in getting Fante's books back into print in the late '70s, shortly before Fante's death in 1983. (Twelve of his books are currently in print from Ecco, including all four of the Arturo Bandini novels.)

Fante -- the name rhymes with Dante, which must have afforded no end of amusement to someone whose best-known character constantly proclaimed a desire to be "the world's greatest writer" -- is one of the true bad boys of 20th century American literature. Born in 1909 and raised in an Italian American ghetto in, of all places, Boulder, Colo., Fante fits into no particular niche. Many refer to him as the quintessential L.A. novelist -- not exactly the most glowing of recommendations, but one that does take in, after all, Raymond Chandler and Nathanael West, whose "Day of the Locust" was published in 1939, the same year as "Ask the Dust." (Michael Tolkin, author of "The Player," is a longtime admirer of Fante's work. He recently told the Los Angeles Times that if the Los Angeles school system was serious about its curriculum, it would "make 'Ask the Dust' mandatory reading.")

Others have called him the big brother of the Beats. Italian Americans have never known quite what to do with him; second-generation Italian Americans might display a copy of "Christ in Concrete" by Pietro Di Donato on their bookshelves (as my father did), even though Di Donato was a communist, because, after all, he had achieved some measure of respect in the literary world, as few Italian Americans had. But John Fante was notorious. My father's generation didn't read him, or didn't admit to reading him, which is a shame because in many ways he was the writer who most embodied the hopes, dreams and insecurities of the children of immigrants.

But at least one immigrant son appreciated his work. Following the success of the "Godfather" films, Francis Ford Coppola, the seemingly perfect director for a Fante novel (he had, after all, made two classics out of a truly crappy novel by another Italian American writer), expressed interest in making a movie of "The Brotherhood of the Grape," with Towne doing the script, but the project never materialized. A few years earlier, Towne had purchased the movie rights to "Ask the Dust," which he discovered while doing period research on Los Angeles for the script for "Chinatown." Towne didn't have the leverage to make the film, though every few years rumors would circulate that he was about to begin. He worked on potboilers like the Tom Cruise "Mission Impossible" movies to get enough points to kick-start a film of "Ask the Dust"; in 2000, in the wake of "Titanic," a story in the trade papers said that Towne would write and direct a film version of "Ask the Dust" with Leonardo DiCaprio as Bandini. (In fact, Belgian director Dominique Deruddere beat both Coppola and Towne to the screen in 1989 with a charming but little-seen film version of Fante's first published novel, "Wait Until Spring, Bandini," starring Joe Mantegna, Faye Dunaway, Ornella Muti and Michael Bacall. Unfortunately, the film failed to stir any public interest in Fante's work.)

Fante was never truly in fashion, though for a time in the late '30s and '40s he seemed nearly fashionable. The barbaric yawp of Arturo Bandini was the uncommitted conscience of immigrant America, one that practically went unremarked on in mainstream American literature. Bandini is a seething mass of contradictions, an Italian chauvinist who looked for Joe DiMaggio's name in the sports pages every morning and was at the same time insecure about having a name that ended in a vowel. "Do you like your name?" his Mexican girlfriend, Camilla, taunts him in "Ask the Dust." "Don't you wish it was Johnson, or Williams, or something?" 'No,' says Bandini, he is satisfied with his real name. But he is lying and she knows it. 'No, you're not. I know.'" Typical of Fante's work, the relationship between Arturo and Camilla seethes with resentment on both sides; Arturo, a step up on the ladder of ethnic assimilation, doesn't hesitate to browbeat her with racial slurs when provoked -- and she doesn't hesitate to sling "Dago" at him in return. Modern readers may be appalled at the bitterness of these exchanges, but it's almost refreshing to hark back to a time when people said what was on their minds, however narrow those minds may have been.

Unlike most other period novelists whose protagonist was a glossed-over version of themselves, Fante never positioned Arturo or any of his other characters as a moral center to his story. Bandini is, alternately, a callous emotional brute and a sentimentalist, an egomaniac fascinated with and sympathetic to the lives and problems of others. Did he contradict himself? OK, then, Arturo might have replied, Up yours -- so I contradict myself.

The mid-'50s, which should have been Fante's golden period, were instead the beginning of a long, slow and miserable decline. Sometime around 1955 he was diagnosed with diabetes, which plagued him for years. By 1978 he had gone blind, but continued writing by dictating to his wife, Joyce. He made a living largely as a screenwriter on numerous films, practically none of which have survived in any form and only two of which I've been able to track down -- one a pretty good TV movie from 1968 called "Something for a Lonely Man" starring "Bonanza's" Dan Blocker, in his last role before his death, Susan Clark and Warren Oates. The other was "Walk on the Wild Side," starring Laurence Harvey, Jane Fonda and Barbara Stanwyck, the inexplicably bad 1962 film version of Nelson Algren's great novel of New Orleans in the Depression -- a film script that Fante would have seemed born to write. According to Stephen Cooper's definitive and exhilarating 2000 biography of Fante, aptly titled "Full of Life," the film was compromised from the start with neither novelist's talent for gritty lyricism being given a chance to breathe.

Fante's son, Dan, himself a novelist, remembers that his father was virtually forgotten. "When I was a kid and a young man," he recalled in a recent interview, "my old man was a failed novelist and screenwriter. Actually, honestly, he was a fix-it journeyman hack screenwriter, forget novelist. He was unfamous."

Now, at least for a brief time, John Fante is famous again, or at least un-unfamous. It's doubtful that the movie version of "Ask the Dust" will do anything more than lead a few thousand new readers to Fante's work, but it will keep his books alive for a new generation of readers. And, who knows? With so many new immigrants coming to America, perhaps Arturo Bandini will find himself nearly fashionable all over again.