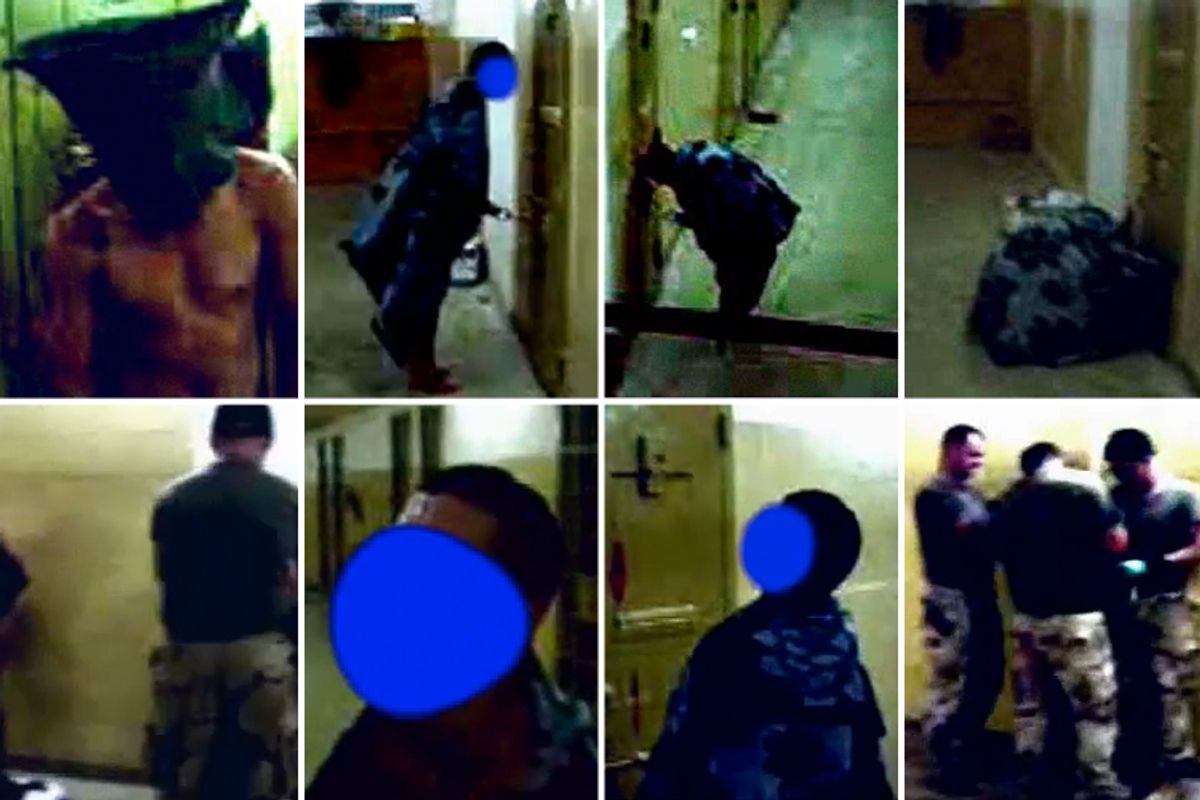 The first two videos in this series depict a group of naked, hooded detainees who have apparently been forced to masturbate for the camera. The third and fourth videos in the series show three soldiers surrounding a detainee, apparently striking him and otherwise attempting to subdue him, and the same three soldiers directing a group of naked detainees to crouch side by side on their hands and knees. These videos seem to correspond to events depicted by photos in Chapter 6. Videos five through eight depict soldiers providing medical attention to a wounded detainee, an incident that is also documented by photos in Chapter 7. Videos nine through 19 in the series depict a detainee hitting his head against what appears to be a cell door, an incident that is also depicted by the last four photos in Chapter 9.