A supermodel gets bleeped. 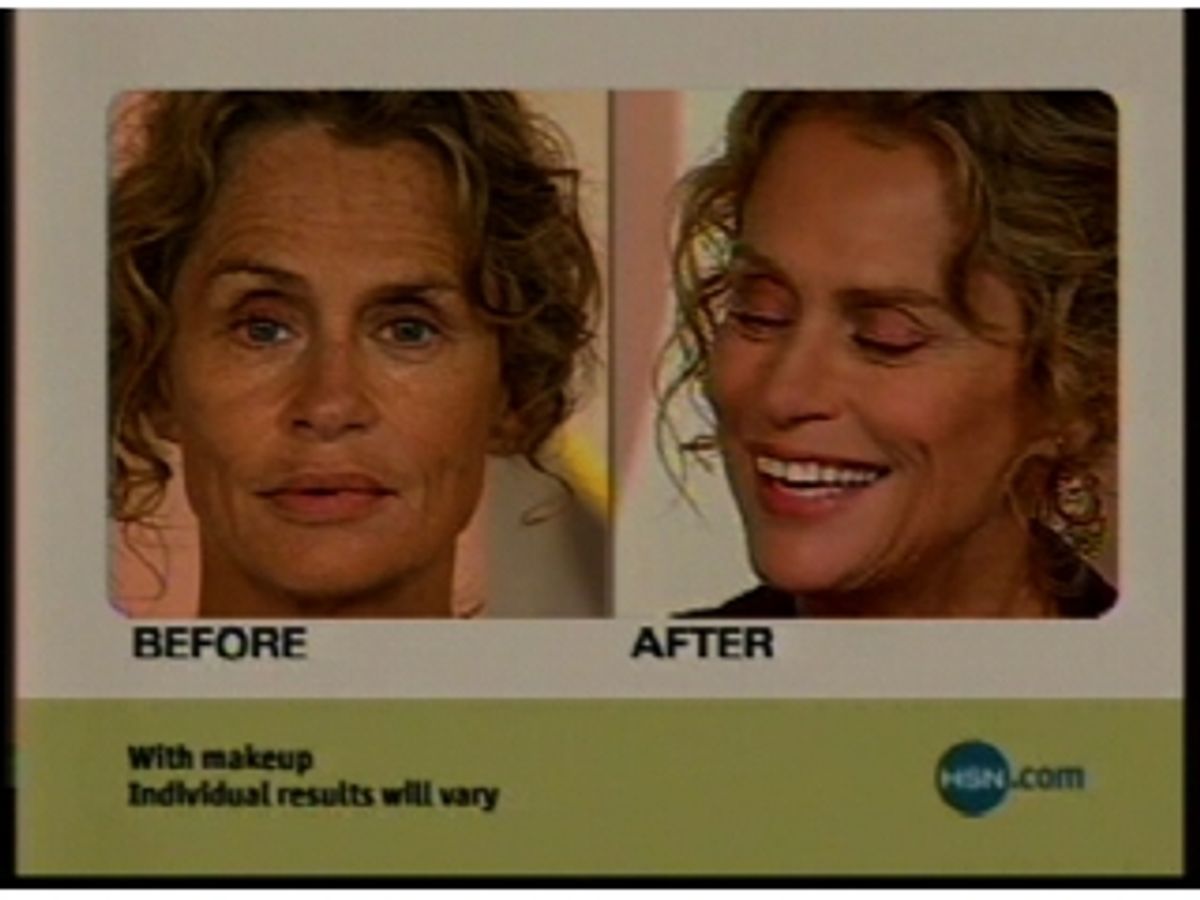 Lauren Hutton has one of the most famous faces in the world -- the cheekbones, the eyes, that gap in her teeth -- and after she starred in "American Gigolo" she remained one of the most recognizable 30-something supermodels for three decades or more. But as a spokeswoman for her own cosmetics line, the 62-year-old Hutton recently stumbled a bit on the catwalk, and someone appears to have dutifully bleeped her out. Ah, but they only seemed to lower the volume on her comments, and after turning up the volume on our TV full blast, we were able to figure out what she'd said (look closely for the white captions we added during the silent part). And while we don't condone censoring supermodels, half-baked gross-out talk really is no way to sell foundation.