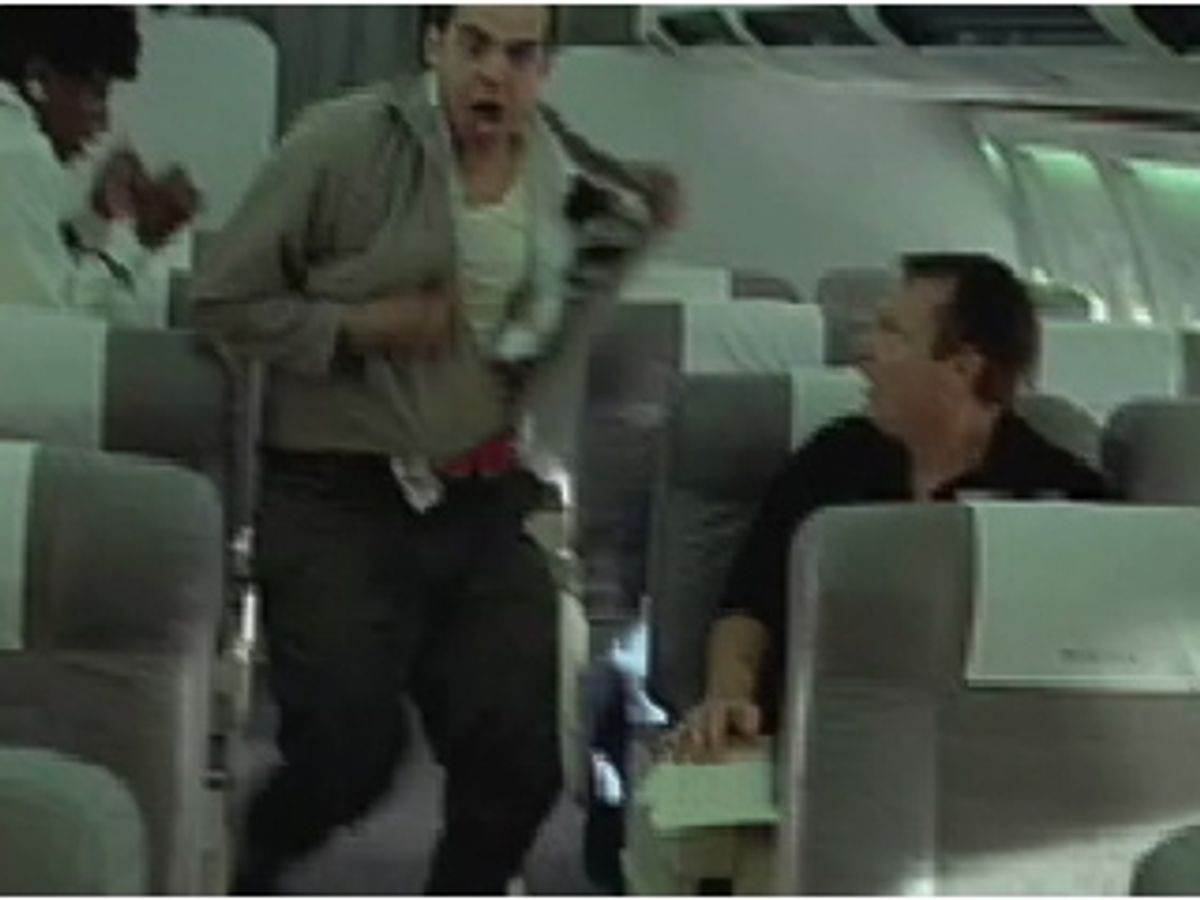 At least one big theater in New York has pulled the trailer for "United 93," the feature film dramatization of the hijacked flight that went down in Pennsylvania on 9/11 that is set to premiere at the Tribeca Film Festival on April 25. We haven't seen it in the theater, but even on our little QuickTime screens, it's a little tough to take. What do you think?

One upshot: We watched it after seeing John McCain on "Meet the Press" (see the post below), and it reminded us of his moving eulogy of Flight 93 hero Mark Bingham, which you can read here.