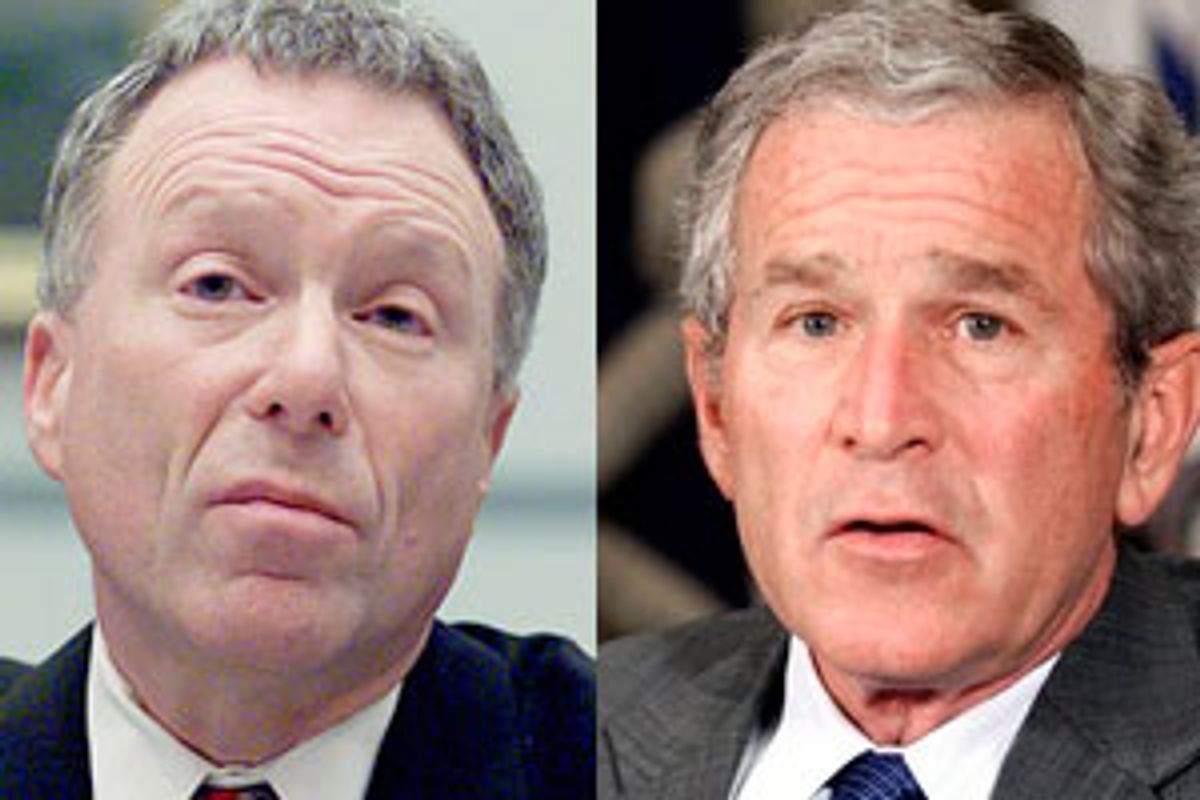 Morning Briefing:
Cruise gets his priorities in order: Tom Cruise jetted off to Germany to do some quick publicity there for "Mission: Impossible III" over the weekend, and let slip that there would definitely be a summer wedding for him and his baby mama, Katie Holmes. "First the baby, then the film," he told the German tabloid Bild. "Then, in summer, we want to get married. I won't let this woman get away." Also, as E! Online reports, Cruise wants to get in another round of debate with Matt Lauer on "Today." Lauer didn't exactly buy Cruise's weird argument during his last appearance that antidepressants are evil, and he wants a second crack. "Tom would love to go back and do another show with Matt," an insider told the Awful Truth. "If not for 'M:I3,' then something else." (Associated Press, Awful Truth)

Stern warning: Howard Stern, who has a very rocky relationship with former employer CBS, warned Katie Couric about making the leap to the network. (The talk that she's leaving NBC's "Today" has reached a fever pitch.) "Katie Couric wants a lot of money, and now she won't have to get up early in the morning," he said on Monday's broadcast of his Sirius Satellite radio show. "In six months the ratings are gonna go down. And then they're gonna try and figure out a way to not pay her. This is what they do. This is [CBS chairman] Leslie Moonves and his management style. Well, let me tell you something, Katie ... I'm gonna guarantee you -- it's probably not gonna work." (Page Six, N.Y. Times, Wall Street Journal, Washington Post)

"Die Hard" director goes down: John McTiernan, the director whose credits include '80s hits "Die Hard" and "Predator" (as well as '90s flops "Last Action Hero" and "Rollerball"), is the first big Hollywood figure to be charged in the wiretapping investigation centering on former private investigator Anthony Pellicano. The FBI has nailed McTiernan with charges of lying to them about hiring Pellicano (for reasons still unknown) to wiretap his "Rollerball" co-producer, Charles Roven. If convicted, McTiernan faces a maximum of five years behind bars, and the charges indicate the FBI may soon be expanding its cases against entertainment figures connected to Pellicano. (L.A. Times)

Also:
Julia Roberts' Broadway play, "Three Days of Rain," pulled in just under $1 million in its first week of previews, operating at 101 percent of theater capacity, which includes standing room. (Associated Press) ... On location in Huntington, W.Va., for the filming of his next movie, "Sexiest Man Alive" Matthew McConaughey was challenged to a 400-meter race by two 14-year-old girls, and lost. His excuse: "Those little girls had very, very long legs." (People) ... Just days after allegedly beaning her maid in the head with a cellphone, Naomi Campbell arrived in South Africa to do some UNICEF promotion. Perhaps unsurprisingly, there was no photo op with Nelson Mandela. (Rush & Molloy) ... Nicole Kidman -- reportedly a "devout Catholic" -- is now rumored to be seeking a church annulment of her marriage to Tom Cruise so she can marry Keith Urban in a proper Roman Catholic ceremony. (The Scoop) ... Christina Aguilera recently dropped nearly $45,000 on a graffiti painting of Queen Victoria as a lesbian. (You can see an image here.) (FemaleFirst)

Money Quote:
Director Oliver Stone on the way the media sometimes characterizes political Hollywood celebrities: "We're 'Hollywood wackos' and all that stuff, 'left-wing' ... We have a right to speak and every time we speak: 'You're an actor, a showbusiness director'; we're 'making it up!' This is not a way of dealing with people. This is slander." (ContactMusic)