The "Daddy dilemma," one year later

Salon catches up with a "Maybe Baby" contributor and his fiancee, to find out if they are still on the fence about starting a family. 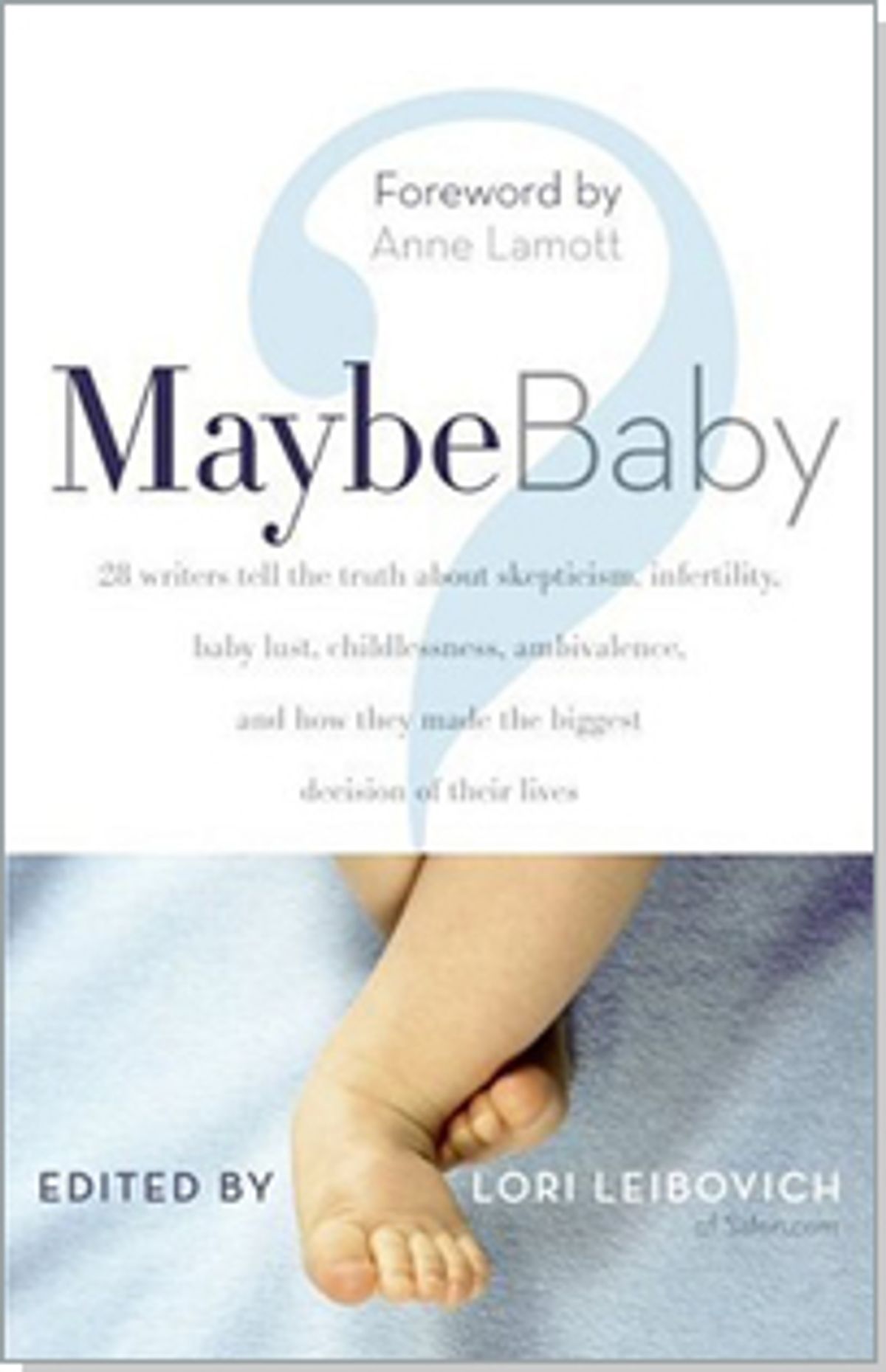 In his essay, Smith writes about the trouble he and his fiancie are having deciding whether to have children. Since the piece was assigned for the book one year ago, this week Salon decided to check back in with Smith, 37, and his partner, Piper Kerman, 36, to see what -- if anything -- had changed in the meantime. Is Smith still feeling conflicted about fatherhood? Has another year of listening to their biological clocks tick made the couple's choice any clearer?

Larry, at the time you wrote your essay for "Maybe Baby" you said you were 65 percent for procreation, and Piper was about 70 percent against. Have those percentages changed over the last year?

Larry: I'm holding steady, too. More friends have had kids in the last year and that's given me a better picture of how hard it can be. Some of them have said to me, and I've seen myself, that the first two years can be miserable for all involved.

Piper: I would say that the experiences of my friends has reinforced what I already assumed, which is that one of the hard, cold realities of motherhood is the disparity in the amount of work mothers do as opposed to fathers.

Is that something you worry might happen in your relationship?

Larry: I can see what she's saying. Whenever I make eggs, I start off really enthusiastically, cracking them, putting together my own special recipe. But eggs are hard -- you have to watch them or they'll burn. But inevitably I'll get distracted, and I'll try to make a phone call or do the dishes or generally try to multitask while I'm cooking. Piper's been watching me make eggs for years and she always reminds me, "You've got to watch the eggs," and often she ends up taking the reins so they don't get burned. Maybe she thinks I'll enthusiastically want to have kids but then once they're here I'll get distracted and she'll constantly have to take the reins.

But really, seriously, I'm not going to be a Stone Age dad and I'm not sure where Piper gets the idea. And by the way, I've actually told her to go get a power job -- I'd be happy to be a freelance writer at home and take care of the kid more.

Really? Because in the essay you talk about how important your career is. You really think you'd be that quick to give it up?

Larry: Well, yeah, I want to start my own magazine and be my own boss. If I can't do that, I'd rather make a lot less money and be a freelancer and spend more time taking care of my kid. Seriously.

Piper, do you feel any pressure to decide soon because of your biological clock?

Piper: I still haven't gotten to the point where I would make an affirmative choice to have a child, so on some level I don't feel any pressure.

What about you, Larry? You write in the essay about your ticking "sociological clock" and how your friends' pregnancies have made the question a lot more real for you.

Larry: Well, there's a new clock now -- an automotive clock. I've had a car for a long time, and lately it's been breaking down a lot and I've been trying to figure out whether to buy another one. So recently I was talking to my dad about this and he said, "You should buy a four-door because you'll probably have this car when you have kid." And I explained to him that I'm not going to base my car on a kid that doesn't exist.

Piper: That's very indicative to me of one of the things that really creates an aversion for me about having a child -- this idea that every decision you make in your life has to be dictated by the child. And yet, I believe that if you choose to have a child you have an absolute primary responsibility to create a safe, loving environment.

Back to the sociological clock. Do you feel pressure to have kids because your peers are? What have you learned, if anything, from watching them go through the process of having kids?

Piper: Well, one thing I learned watching our friends who have small children -- and also being in prison [Editors note: Piper recently served 13 months in a minimum security prison for a crime she committed 14 years ago] and seeing women who had children of all ages and who were separated from their kids -- is how much pleasure those mothers got out of their relationships and how unique those relationships are. That's something I don't think I'd fully recognized before. I saw how much the mothers missed their children and when they did see them, I saw what profound pleasure they got from them.

Larry: When you see the face of a parent when their kid walks in the room and is so excited to see them ... it's a pretty incomparable feeling. I have not had that feeling, of course, but you can tell. Piper's big into [the idea of] climbing Mount Kilimanjaro and so am I -- but you don't know what it feels like to get to the top of Kilimanjaro until you do it. The thing that interests me about kids is that no one really regrets it.

I don't think that's true either. When we ran the "To Breed or Not to Breed" series we got a heartbreaking, anonymous letter from a mother who had a grown son with severe emotional problems and she said, "I wish I'd never had him."

Larry: Look, we have a friend, Arin, who was on the fence about kids even though she's always been a nurturer and a nester and the kind of person who everyone thought and knew would be a fantastic mother. When it came down to it, her husband sort of convinced her to do it and now she's never been happier. She loves her daughter. She never wants to be away from her. And when you see that, when you see how some people do become converts, well, yeah, you worry you might miss out.