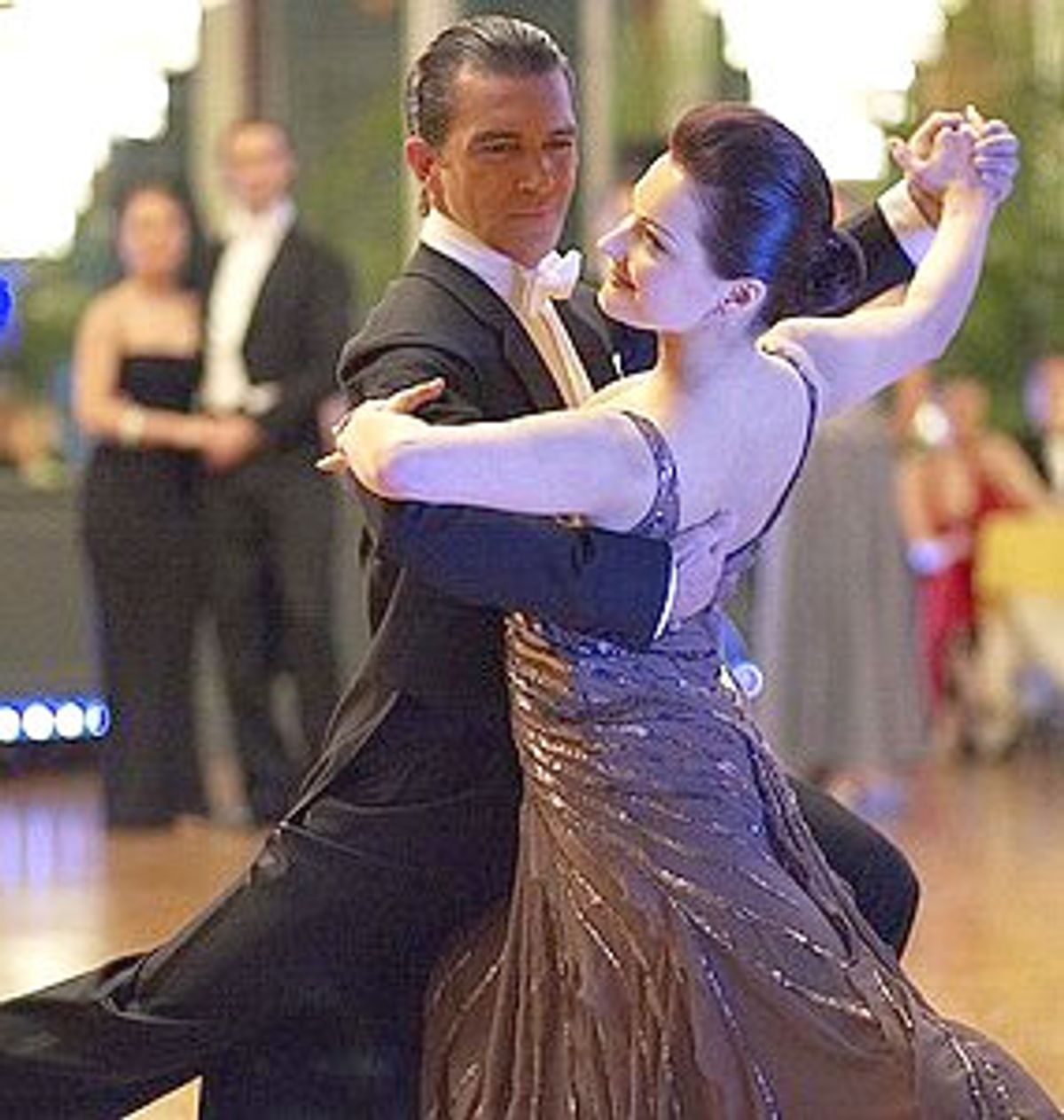 There are so many movies coming out of Hollywood these days -- and that's not including the numerous semi-indie pictures that have been at least partially bankrolled by big studios -- that it's only natural for moviegoers to suspect that many of them are going to be crap. We've learned to take the measure of any upcoming picture with a single scan: In the case of Liz Friedlander's "Take the Lead," we might look at the star (Antonio Banderas, a handsome and charming actor who nonetheless doesn't get a lot of big roles) and the subject matter (a suave gentleman New Yorker raises the self-esteem of inner-city teenagers by teaching them ballroom dancing), and decide it's going to be too ludicrous to bother with. We pride ourselves on knowing kitsch when we smell it.

But the only way to discern the spirit of a picture is to actually watch it. And while we may be able to pretty much guess everything that's going to happen in "Take the Lead," its considerable charm lies in the way it fulfills, rather than bucks, our expectations. The movie -- which is loosely based on story of real-life New York City dance instructor Pierre Dulaine -- is knowingly conventional, and it doesn't try to overcomplicate itself: Friedlander and screenwriter Dianne Houston understand that the dual attractions of this picture are, first, the dancing, and second, the idea of watching previously aimless kids blossom into confident, self-possessed young adults.

You may think you've seen this story a hundred times before, and you probably have. But Friedlander understands that some moviegoing pleasures are perennial for good reason: A basic story of transformation and redemption is one thing, but the chance to look at beautiful young people (and one beautiful middle-aged person) for two hours, and to watch their innate grace and vitality reveal itself on the dance floor, is the sort of basic, meat-and-potatoes thrill that supposedly draws us to the movies in the first place.

Banderas plays Pierre Dulaine, a ballroom-dance instructor whose pupils tend to be well-heeled teenagers: Their parents are willing to shell out big bucks to prepare them for the various cotillions and parties that will mark their entry into high society. One evening, Pierre is bicycling home from a dance competition (he's the kind of elegant eccentric who rides a bicycle in New York, and we're treated to a great shot of him pedaling away through the night, his tailcoat fluttering in the breeze) when he catches a young man smashing a car with a golf club. The kid's name is Rock (Rob Brown), and the car belongs to the hard-ass school principal, Augustine James (Alfre Woodard), who's been giving him a hard time. Pierre confronts Rock, but doesn't call the police. Instead, he takes note of the parking pass that's hanging in the car's rear-view mirror and goes to the school the next day to talk to the principal personally.

Pierre, with his courtly manners, is like nothing principal James has ever seen before, and she quickly -- partly as a dare and partly as a joke -- offers him the job of supervising the school's detention, where the worst kids are rounded up in one room and made to stay after hours. The fact that they mostly sit around listening to music doesn't make the setting seem particularly disciplinary -- but the point seems to be that these kids are not just uncontrollable, but unsalvageable.

And so before long, Pierre gets the idea of instilling self-respect and self-discipline in these kids by teaching them to dance. They moan when he pops June Christy's version of "They Can't Take That Away from Me" into a boom box. (Their taste runs more to L.L. Cool J and Neo.) But before long, Pierre has talked them into learning a few steps (the prospect of getting to hold a partner really close during the tango is a big draw, for the guys in particular). And he even suggests that if they work hard enough, they might have a shot in a citywide dance competition, which offers a first prize of $5,000.

Friedlander manages to make all of her characters distinct individuals, a basic requirement that even more experienced directors often fail to grasp. (This is Friedlander's feature debut.) There are snotty rich white girls in "Take the Lead," as well as one very nice, very clumsy one, Caitlin (played by the buoyant Lauren Collins). Caitlin feels more comfortable with Pierre's detention students than she does with her own crowd, and the movie balances her own sense of displacement with that of Pierre's students -- the suggestion is that being a teenager is never easy no matter how much money you have. But the movie is always aware of the stark differences between Caitlin's life and the lives of Pierre's detention kids: One of those students, LaRhette (Yaya Da Costa), is struggling to get through school while also bearing the responsibility of caring for her younger siblings at home. When she dances, we can almost see the weight of that responsibility drifting off her shoulders, at least temporarily. And Rock, who's headed for trouble, finds a way to connect with himself, and with other people, on the dance floor.

The most unfortunate flaw of "Take the Lead" is that the dance sequences aren't shot as cleanly as they should be. It's difficult to shoot dance scenes in long, unbroken takes -- which may be why few directors bother to do it, instead chopping them up with fast, fancy cutting. But Friedlander at least gets the right ideas across: Watching these kids whirl and jitterbug to old Cole Porter tunes, or execute surprisingly smooth waltz steps that would pass muster at any society ball, we can see how much pleasure they take in sheer movement. We can tell what's going on in their heads by watching how their bodies move -- we see, as they do, that dance is a kind of sublimation, a way of making an ugly, disorderly world seem a little more beautiful.

Banderas watches over these proceedings with joy and pride. He doesn't do all that much dancing in "Take the Lead," at least in terms of choreographed routines. And yet he seems to dance through the whole picture: We're always aware of how his body is moving, whether he's strutting like a cat in the face of his students' hostility, or seemingly gliding just above the surface of the floor as he's showing them a simple fox trot. But Banderas isn't anything so boring as a simple sex symbol; what makes him such an erotic presence is his superbly expressive face. If there's such a thing as intelligent good looks, Banderas has got them: He always looks as if he's taking the world in, one crazy sight at a time, with a suitable degree of amusement. In a climate where male actors have to worry almost as much as women do about being perceived as "old," Banderas has been striding through middle age with astonishing self-assurance and good humor. He makes insouciant self-deprecation seem like the sexiest thing in the world. And no matter what, they can't take that away from him.