Josh Hartnett is the unlikely hero of this semi-hard-boiled pulp thriller. 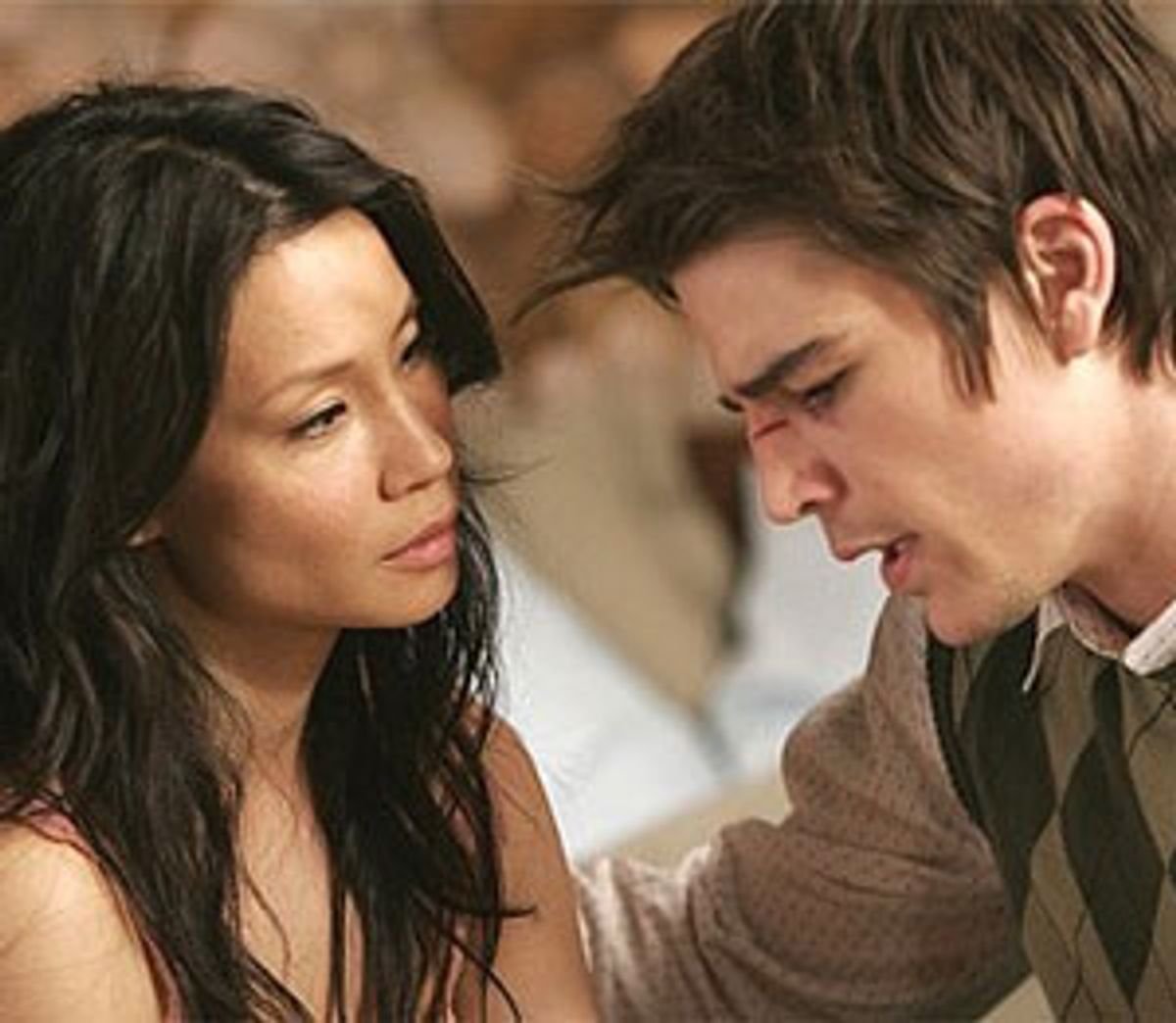 One of the heartening truths about contemporary filmmaking is that directors still care about hard-boiled thrillers; one of the frustrating realities is that those directors don't always know how to make their material work. Movies like last year's "Kiss Kiss Bang Bang," for example, written and directed by "Lethal Weapon" writer Shane Black, got the spirit just right: Black's movie showed plenty of affectionate nostalgia for pulp tradition, but its sense of energy and movement felt wholly contemporary.

Paul McGuigan's semi-hard-boiled "Lucky Number Slevin" has some of the right elements: Although McGuigan is fascinated by stylish violence (in an early sequence, we get a symphonic blast of blood and brains splattered against the crackled glass of a car window), he doesn't take himself too seriously. McGuigan doesn't allow his movie to suffer from delusions of grittiness; he's aiming for deadpan urban sophistication, and even when he doesn't hit the mark, you can at least appreciate the direction he's headed in.

But "Lucky Number Slevin," with its wiry twists and turns, ends up buckling under the weight of its own cleverness. A hapless charmer named Slevin (Josh Hartnett) lands in the wrong place at the wrong time: After a bummer of a breakup with his girlfriend, he decamps to a friend's New York City apartment, only to get mugged on the way. (His nose gets busted, and the sight of that schmushed schnoz on Hartnett's grade-school-innocent mug is both funny and mildly heart-tugging.) Then, thanks to a simple case of mistaken identity, Slevin is plopped in the middle of a cat-and-mouse game between two bitter criminal rivals with handily descriptive nicknames, the Rabbi (Ben Kingsley) and the Boss (Morgan Freeman). Meanwhile, a mystery hit man (Bruce Willis) hovers in the shadows.

Slevin is a guy who can't get a break, but he does manage to get a romance off the ground with the sprightly little coroner next door, Lindsey (Lucy Liu) -- actually, she lives across the hall from the apartment Slevin is borrowing. "Lucky Number Slevin" depends on the smooth shifting and sliding of numerous components -- including several pink, if not completely red, herrings -- and everything fits together, with a reasonably satisfying click, at the end. But the picture suffers from too much internal sluggishness: It doesn't move along as swiftly and with as much sure-footedness as it should. McGuigan ("Wicker Park") and writer Jason Smilovic (who helped develop the terrific and, sadly, short-lived "Karen Sisco" for television) trust that we're with them on every bend of the plot, enticed by the breadcrumbs of sassy dialogue they drop along the way. Yet the dialogue is often what wears us down: Kingsley's character speaks in tiresomely circuitous riddles, and Liu's peppery cuteness needs to be turned down a notch. (Liu is an interesting, tough cookie of an actress, which became clear in "Kill Bill: Vol. 1." But she needs someone to write a multidimensional character for her, and not just a collection of quirks.)

The performers show various levels of commitment to the material: Kingsley shuffles aimlessly through his role, while Willis, always an actor worth watching, makes you wish the movie gave him more to do. And Hartnett, with his sweet-natured good looks, gives us something to look at, although his line readings are often numbingly flat. With his "Who, me?" demeanor, he's an unlikely hero for a pulp thriller, which is precisely the point: Our curiosity about the answer to the question "What's a nice kid like you doing in a joint like this?" may be the only thing that keeps us watching.