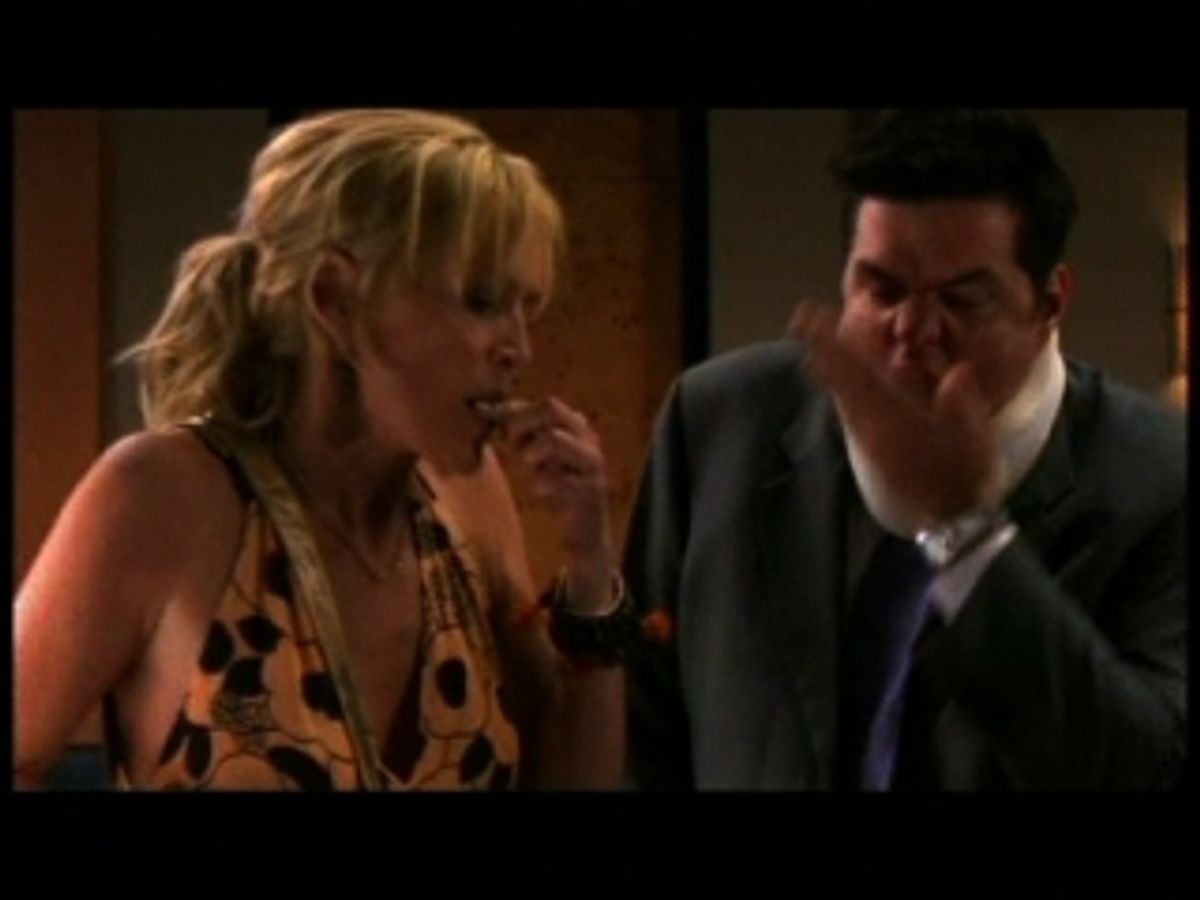 Get ready to cringe, boys and girls, because it's time for you to meet Bruno of FX's "Black. White." who's armed with a crude grasp of black culture, a limited ability to listen to other perspectives and a disastrous level of confidence in his own talents and charms. First, in what's supposed to be an eye-opening talk with a respected African-American professor and musician, Bruno (wearing makeup that makes him look black -- sort of -- but the professor has been told he's white) trots out a bunch of idiotic stereotypes and alienates himself within minutes. Next, he proudly plays his ridiculous "rap video" for the Sparks family, making his wife and her daughter palpably uncomfortable. But Bruno, who's obviously been living in his own little smug bubble for decades, just seems thrilled with himself. Where did they find this guy?