A prison escapee -- a convicted murderer -- talks his way past a patrol officer. 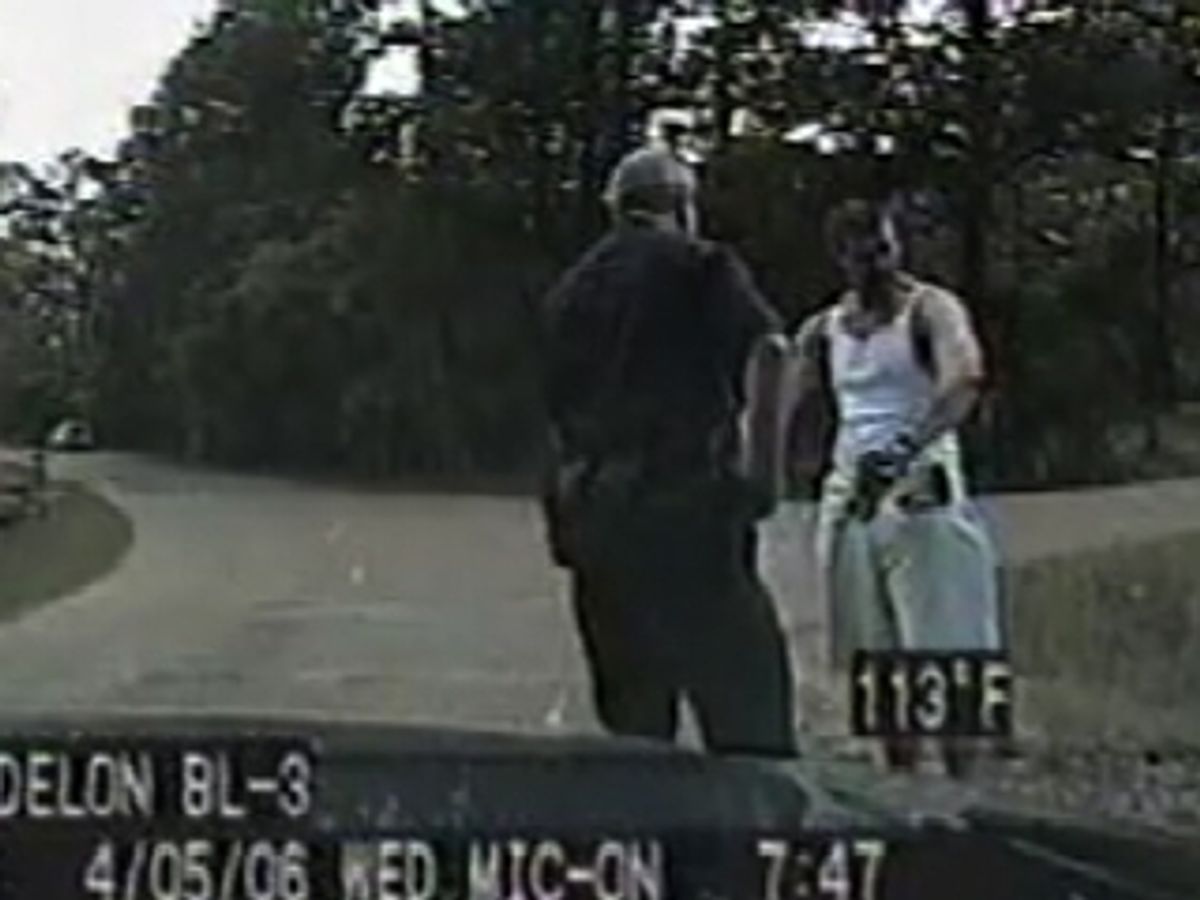 Woe is Carl Bordelon, a police officer for the town of Ball, La. His dashboard camera captured (below) his questioning of Richard Lee McNair, 47, on Wednesday. Earlier that same day, McNair had escaped from a federal penitentiary at nearby Pollock, La., reportedly hiding in a prison warehouse and sneaking out in a mail van. Bordelon, on the lookout, stopped McNair when he saw him running along some railroad tracks. What follows is a chillingly fascinating performance from McNair, who manages to remain fairly smooth and matter-of-fact while tripping up Bordelon. The officer notices that the guy matches the description of McNair -- who was serving a life sentence for killing a trucker at a grain elevator in Minot, N.D., in 1987 -- observes that he looked like he'd "been through a briar patch" and had to wonder why he would choose appalling heat (at least according to that temperature gauge in the police car) to go running, without any identification, on a dubious 12-mile run. But he doesn't notice when McNair changes his story -- he gives two different names (listen for it) -- and eventually, Bordelon bids him farewell, saying: "Be careful, buddy." McNair remains on the loose. (Note: Video is more than eight minutes long but worth it.)