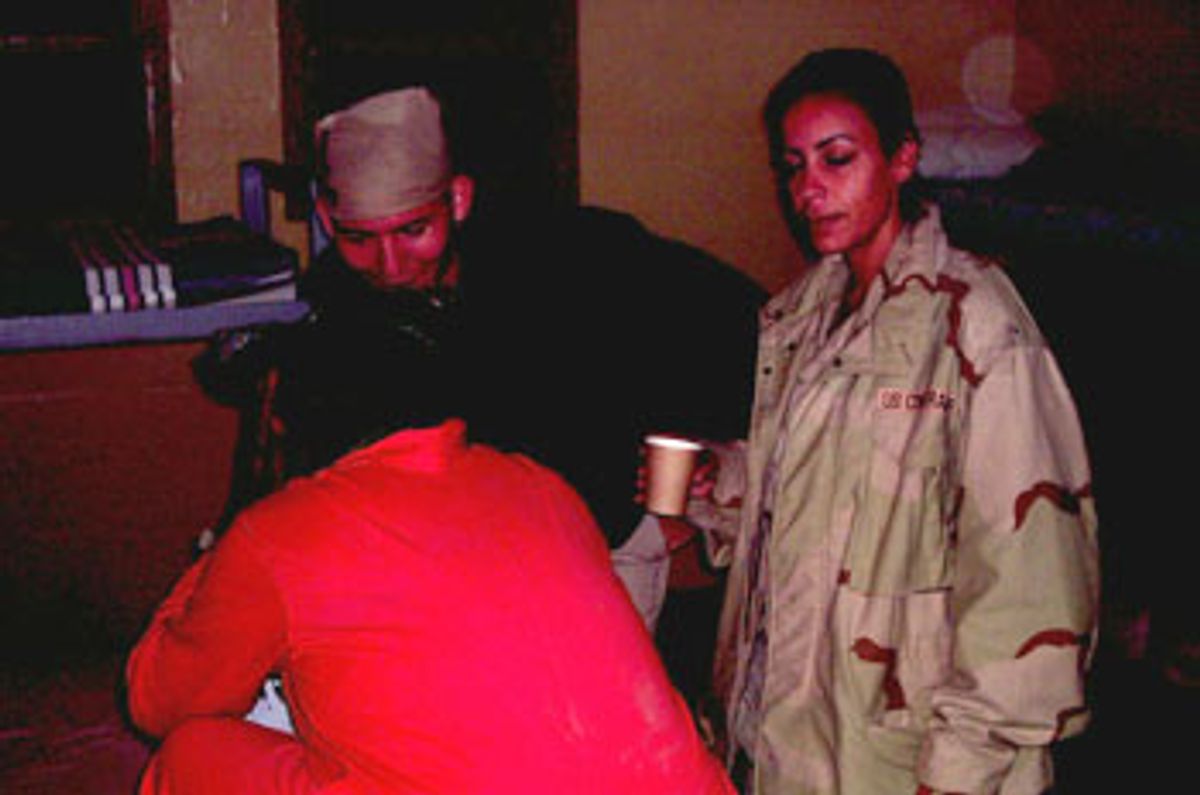 Last month, Northwest Airlines announced implementation of Coach Choice, a program whereby customers pay a flat $15 fee for the privilege, if that's the right word, of sitting in an exit row or aisle seat. The offer applies to all of the Minneapolis-based carrier's domestic runs, including a limited number of Airlink affiliate flights. High-mileage members of the airline's frequent-flier program, WorldPerks, have dibs on the preferred seating and can reserve a spot within three days of departure. Other passengers must wait until 24 hours before travel.

Coach Choice is something of a stripped-down derivative of United's Economy Plus, where travelers get 5 inches of extra legroom in a bank of specially arranged seats at the forward section of coach. Other airlines (British Airways and Virgin Atlantic, to name two), have instituted similar cabins-within-a-cabin. Coach Choice differs in that it has no official demarcation or minimum number of seats, and it requires no hardware changes to the aircraft itself. The advantages of an aisle seat aren't as tempting as an aisle seat and extra room, but then again it's only $15.

Is Coach Choice a good idea? Yes and no. As we all know, a majority of flights already offer two, three or sometimes four separate cabins. The demarcations of Coach Choice can't be marked with a curtain or bulkhead, but the idea is no different. On a six-hour coast-to-coast haul, rest assured that each and every one of those aisle seats is going to be snapped up. Fifteen bucks is a small price to avoid the misery of a middle seat.

The move has kicked up complaints, none of them unexpected, by passengers already tired of skimpy onboard amenities, who see a desperate carrier, mired in Chapter 11 bankruptcy and already somewhat notorious for lackluster service, attempting to nickel and dime its way out of trouble. (Two years ago, in a readers' poll, Northwest took home Ask the Pilot's highly non-esteemed Golden Pretzel trophy, outranking all other carriers in the categories of misery and discomfort.) Additionally, some long-standing Northwest customers see the plan as potentially undercutting their loyalty. With a limited number of seats up for grabs, frequent fliers may find themselves competing with first-timers for one of those coveted cushions.

Another knock is a failure to prioritize by ticket price. As everybody knows, airfares are driven by market, with a powerful time variable, and not by distance. Let's say you're traveling from New York to Seattle. Purchase your ticket two months in advance, and maybe you nail a super-saver of $300, round-trip. Buy on short notice, and perhaps it's $900 or more. Yet the person who paid $300 may snag the last exit row or aisle seat for a mere $15 more, leaving the $900 customer elbow-to-elbow in 47B.

And while there are merits to the simplicity of the flat-fee pricing concept, it doesn't take distance into account. Northwest might be selling the idea short -- literally. Relatively few people would justify spending the extra $15 on a 60-minute hop from Minneapolis to Chicago, while plenty of people would pay more than $15 on a flight from Memphis, Tenn., to Los Angeles. Basing the surcharge on the scheduled flying times for three or four "zones" might be better. For instance, the charge might be $10 on all trips under two hours, $30 for those over four.

International routes are a whole other opportunity. I'm uncertain why there's reluctance to institute a similar program in that realm. With pairings like New York-Tokyo and Detroit-Beijing, Northwest operates some of the longest hauls of any U.S. airline, where a little extra comfort could bring in a premium.

If you ask me, aisle seats are overrated. Me, I'm partial to window seats, which aren't part of Northwest's scheme. Admittedly my fondness for the view stems from certain aero-romantic predilections not widely shared among jaded travelers. Without question a place by the window beats the viselike claustrophobia of the center, but apparently few travelers are eager to pay extra for it.

Exit rows have their own special benefits. Not only do you get extra legroom, and the chance for some heavy lifting in the event of an evacuation, but each seat also comes with an effective sleeping pill in the form of that extremely informative card detailing the exit-row seating conditions. Best I can tell, the cards were drawn up by the same people who invented the Enigma machine in World War II, and the FAA mandates that this absurdly complicated, 35-bullet-point tome be placed in the pockets of all exit-row seat backs. Try giving it a read, and I guarantee you'll be dozing in heavy REM before they've disconnected the boarding bridge. (If you're able to decipher and remember even two of the rules by the time you've arrived at your destination, go to the gift shop and redeem the card for a free snow globe.)

It's debatable whether America's carriers are still in the business of actually pleasing people, as opposed to merely moving them around and kicking them out the door as quickly as possible, but here are a couple of recommendations for improving their economy-class product:

1) Forget about legroom for a minute. The real problem with economy class is the overall ergonomics, or lack thereof, of those blasted chairs. There is no reason -- not weight, not materials and not available room -- they cannot be sculpted with living human beings in mind. Wider, contoured armrests would also be hugely welcome. Same with tray tables. In-flight Wi-Fi, already a staple on some international carriers, will be here soon, but using a laptop on a typical tray is an exercise in contortionist agony, and the screen can slam shut when the passenger in front suddenly reclines. In other words, the entire economy class space needs a makeover.

2) Assigned overhead bins. As it stands, carry-on etiquette, aided and abetted by a total lack of enforcement from the airlines, is a lost cause. Evenly dividing the available real estate would keep people from stealing more than their share and make it harder to sneak aboard with blatantly oversize bags. And assigned bins would be at or very near your assigned seat. Part of the reason it often takes 20 minutes to get on or off a plane is because, during the boarding process, passengers stuff their belongings into the first empty bin they come to. The forward bins then quickly fill, forcing people to store their luggage down the aisle and then backtrack against the flow of traffic, which they'll have to do again when they retrieve their things.

With respect to Coach Choice, the bigger story, obviously, is one of precedent. Northwest has made the first move, and many analysts (and cynical travelers) expect others to follow with a hail of à la carte gouging -- er, pricing -- proposals. Air Canada is charging $2 per head for what it calls a "comfort package" -- an amenities kit containing an inflatable pillow and a thin fleece blanket. Is it just a matter of time before barf bags are sold through vending machines?

But, to play the devil's advocate, it's important to remember that the old days -- be they pre-deregulation, or whatever benchmark supposedly differentiates the modern era of flying from the prior, and somewhat mythical, one -- included something else besides extra legroom and complimentary wine with dinner: higher fares. To emphasize a point made many times in this column, comforts are down, but ticket prices have fallen with them, and they continue to hover around all-time lows.

Have a look at this American Airlines ticket coupon from 1946 (scavenged by a friend from a flea market). Sixty years ago, James Connors paid $334 for a one-way fare between Ireland and New York. Using the Consumer Price Index conversion, that's approximately $3,290 today.

But, I don't know, the Coach Choice idea bothers me in a way that I can't quite get my arms around -- something about how it pits coach customers against one another. There's a weird sense of kinship back there in steerage class, an idea that everybody is stuck together in the same lousy boat. And how low have in-flight standards fallen, to say nothing of our demands and expectations, to the point where a few centimeters of space is worth fighting over? Can't we all just get along and share those flimsy armrests equally? Even in the premium cabins, depending on the route and carrier, standards have slipped markedly. In a lot of ways, apart from a wider seat and pricier ticket, the distinctions between first, business and economy are increasingly academic.

Many foreign readers, meanwhile, are probably wondering what all the fuss is about. Regulars to this column are familiar with the frustrating reality that overseas carriers provide a better, if not always outstanding, product across the board -- in first, business and economy. I get wistful remembering that ride I took a couple of years ago on Emirates; or the two-course dinner served on a 60-minute Bangkok Airways hop; or the unlimited baguettes and on-demand movies of Air France; and so forth. Seat-back video, free cocktails and amenities kits or, if nothing else, an all-around sense of dignity are standard on most of our foreign competitors, be they mainstay carriers of Europe and Asia, or even some South American (Lan) and African (Ethiopian Airlines) players.

Here it's very different. Under intense pressures, the largest airlines are hurting and need to increase revenues. They also need a better sense of what is legitimately worth cutting back on, and what ticks people off. (Back over the winter, American Eagle announced it would begin charging $1 for soft drinks, then withdrew the idea in the wake of bad publicity and negative customer reaction.) Although certain reductions are acceptable, a total absence of pillows or blankets on an overnight red-eye, free or otherwise -- something I experienced recently -- is offensive and inexcusable.

And while parting with $15 isn't a huge sacrifice for what isn't a huge improvement, to some extent it's subsidizing the industry's growing disregard for even a modicum of in-flight decorum. The way I see it, no airline deserves my $15 until it has the courtesy to remove the prior passenger's snotty tissues and chewing gum from my seat pocket, and wipe the crumbs and coffee stains from my tray.

The following Reuters wire report made the rounds on April 7. The accuracy of Reuters' aviation stories is consistently better than that of its competitors, such as the Associated Press, but there are two minor mistakes in the piece. The first reader to correctly identify them receives a complimentary copy of "Ask the Pilot."

"AMSTERDAM, April 7 (Reuters) -- An Iberian Airlines flight bound for Madrid turned back to the Netherlands on Friday after a passenger on board threatened to blow up the plane, police said. All 165 passengers were removed from the plane on inflatable slides when it landed safely at Amsterdam's Schipol airport. Police sent in bomb-detection dogs but did not find any explosives. A suspect identified only as a Spanish national was subdued by the crew and taken into custody at the airport."