That's OT-VII Cruise to you

A new and improved Tom Cruise appears before the cameras. 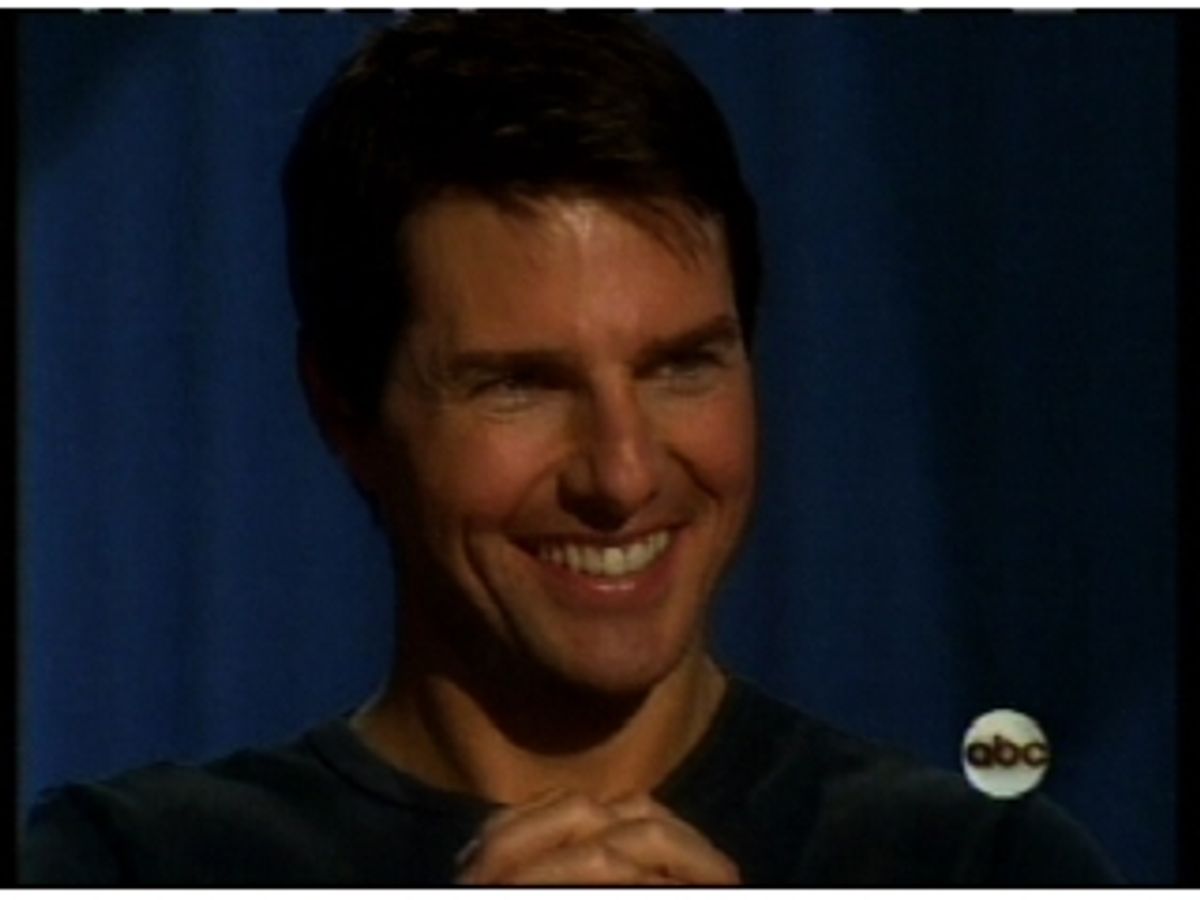 We watched Tom Cruise's "Primetime" appearance on Friday and noticed, like everyone else, that he seems to have lost the shrill hysterics of last year's face-off's with Oprah, Brooke and Matt Lauer. But he also seems utterly unconvincing when describing his relationship with Katie Holmes, his pregnant girlfriend and alleged wife-to-be. His big insights on her: She like cupcakes and. . . is like Diane Sawyer? Maybe it's because Cruise has been best on screen when he's playing insincere that we think we see that quality in him so often? (More on this later today.) But most interesting to us in this interview is that he seems to confirm a story first reported in Salon by James Verini, who quoted experts speculating that Cruise had reached OT-VII, one of the highest levels in the Church of Scientology, "where a Scientologist learns how to become free of the mortal confines of the body and is let into the last of the mysteries of the cosmology developed by the church's longtime leader, science fiction novelist and 'Dianetics' author L. Ron Hubbard." Sawyer brings up OT-VII, but Cruise only gives a non-denial laugh-off, and she never seems to follow up. Interesting. . .