Tavis Smiley's "The Covenant With Black America" has become a No. 1 bestseller because it offers black people a tough and inspiring vision. 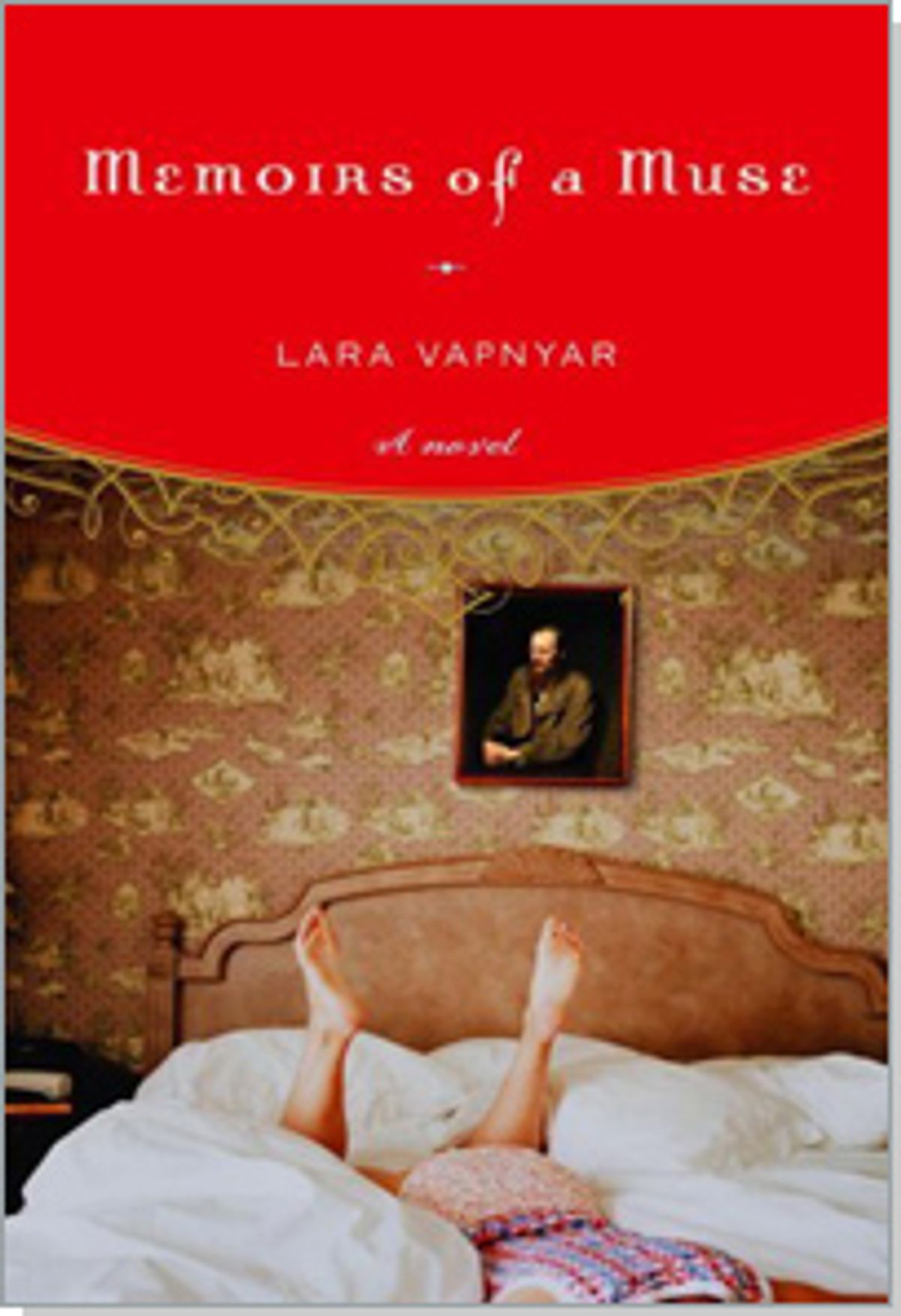 If it's Thursday, there must be a new book out promising black folks 10 Easy Steps to Ending Racism and Perfecting Your Collard Greens. Step No. 1: Buy this book. Step No. 2: Pay me a huge speaker's fee to come talk about this book. Step No. 3: Contract to sell a minimum of 100 copies of my book at said event. How else will we let "The Man" know we're serious? And, oh yeah, help a brother out: Tell Channel 6 that you'll accuse them of racism if they don't cover my talk. And make sure they know that the left is my good side.

You can understand why our eyes might get to rolling whenever somebody draped in kente cloth pops his trunk to reveal Charmin boxes full of his self-published, typo-ridden musings on white folks. (Remember the nonsense-spouting, self-"educated" inmate played by Damon Wayans on "In Living Color"? Imagine he wrote a book.) That the offering, as with Tavis Smiley's surprise blockbuster "The Covenant With Black America," is professionally published and attached to well-known black names does little to assuage skeptical minds: Nobody knows better than blacks how much money is to be made and how much power to be gained by claiming to speak for us, by claiming to channel our demands and to express our pain. The healthy livings that untalented and/or unscrupulous black carpetbaggers make (instead of the hardscrabble lives of the grass-roots activists who actually do the community's heavy lifting) are too often the "protection" money America pays to keep the racial peace.

In this context, as word of "The Covenant" has percolated through the community, I imagined the worst. Even my own saintly mother rolled her eyes when I told her about the book, and passed on reading it -- though she never says no to a book. Too bad, because, surprise, surprise, "The Covenant" is news black people can use.

Just because we get squinty-eyed when presented with the latest "how to fix black America" book doesn't mean we don't realize we have devastating problems. It's just that we get so easily sidetracked by racist provocation from our "leaders." What's different about "The Covenant," then, is not its insight or its fresh approach, but the discipline and organizational synergy it offers and the distracting "hate whitey" whining that it doesn't. Referencing neither whites, Republicans nor Democrats, "The Covenant" is a blessed model of focus and restraint for a people fed far too often on the thin gruel of mere grievance.

"The Covenant" begins where most intracommunal discussion of our problems ends: Until the rapture comes and racism vanishes, what can we do to keep Raheem in school and Jaquita out of the maternity ward? How can we fight the guardians of the status quo and win, however much they might continue to hate us? The Covenants, organized as annotated essays written by experts in each field, run the usual gamut -- from affordable housing to community policing to quality education. But there's a difference between "Covenant" and even editor Tavis Smiley's own forgettable previous anthology, "How to Make Black America Better" -- and that's this book's attitude and approach. After defining the problems (with varying degrees of readability and specificity), the book offers practical (if oversimplified) methods of attack. For instance, David M. Satcher, the interim president of the Morehouse School of Medicine, former surgeon general of the United States and assistant secretary for health, tackles the troubled state of black health. Along with identifying how racism and classism create the conditions for our worsened health, he focuses relentlessly, if unemotionally, on blacks' complicity in their own stratospheric blood pressures and super-size rumps. He writes, "While access to and quality of healthcare are paramount to eliminating health disparities, their roles are not as significant as environment and lifestyle. According to a major study, the environment accounts for 20-30 percent of morbidity and mortality; genetics for 15-20 percent, and lifestyle for 40-50 percent. Lifestyle is a major consideration in the elimination of disparities in health."

"Take responsibility to improve your diet; eat at least one additional fruit or vegetable daily. Walk one mile every day," he prescribes. I blinked my eyeballs dry, shocked to hear blacks taken so casually to the woodshed. Thank God somebody blacks can't dismiss is making us face the fact that it isn't David Duke frying all those pork chops. Clearly, with the clamor for "The Covenant" on black Main Street, we can no longer decry medical racism without simultaneously facing up to the intracommunal crime that prevents us from enjoying our green spaces, and forces us to tether our children to the TV for their own safety. We don't need the end of racism to make it safe for mothers to sun their children.

Similarly, James Bell, executive director of the W. Haywood Burns Institute and a founder of the National Conference of Black Lawyers, in analyzing what he memorably calls the CPS, or "cradle-to-prison" superhighway, connects overhauling that system with requiring our children to behave, do well in school and be respectful with police so as not to escalate a tense situation (something young blacks will not have learned from Rep. Cynthia McKinney). The point is not whether "The Covenant's" advice can be directly implemented; in most cases it can't, just as a sewing pattern must be tailored to fit the proper size among the several provided. The point is to give communities a basic blueprint they can adapt to their particular circumstances and organize around. Equally important, it provides a way for communities to plug into the black American body politic at large and leverage the entire community's resources -- mostly via the Internet.

Indeed, "The Covenant" has caught fire among blacks because it treats us like warriors, like activists, like folks with a plan and all the fire in the belly we could ever need and not like downtrodden victims with nothing for fuel but gospel songs and bitterness. It's about us, not about the evil of whites and the rich. It speaks to a maturation of blacks' political imagination and to their understanding of themselves, at long last, as valuable citizens whose talents are going to waste, and not just "the people who are oppressed by white people." Could it be that black America is finally all grown up?

"The Covenant" is the only book published by an independent black publisher to ever make the New York Times bestseller list, let alone hit No. 1, as it officially did on April 23, 2006. Though it has yet to be reviewed in the mainstream media or marketed by any of the traditional methods ("We haven't been on Oprah!" its editor, Tavis Smiley, boasts. "We haven't been on the 'Today' show! And we haven't been on NPR! That's all black folks ... Black folks did this.") Third World Press can't keep up with demand. The book's genesis lies in the annual State of the Black Union conferences that media personality Smiley, host of a PBS television show and a radio program on Public Radio International, has been holding since 2000. In Katrina's aftermath, 3,500 blacks lighted up the SOBU's Web site forums with rage and suggestions (later distilled to the book's 10 Covenants), and 100,000 more ponied up to defray publication expenses. Blacks, in other words, can be understood to have demanded this book, and every leader worthy of the title should embrace it.

To make it a truly national plan, of course, required a figure with Smiley's stature and the many-tentacled connections he has developed through his relentless media presence. Years of commentary on Tom Joyner's incredibly influential black radio show and as host and executive producer of "BET Tonight," a public affairs show that ran from 1996 to 2001, has made Smiley the Negro Larry King (and a multimillionaire). Safe in the knowledge they'd be pelted with loving softballs, everybody who was anybody in black America did his show, including then President Bill Clinton and candidate Gore. Having graduated to channeling black rage and thirst for activism from saving canceled black TV shows and pillorying Madison Avenue execs for leaked racist memos,"The Covenant" finds Smiley barnstorming black America's town halls (that is, its churches) where hundreds, and sometimes thousands, converge to plot the resurgence of their communities. (And, now, to buy multiple copies of "The Covenant" -- all the profits from which go to Chicago's Third World Press.)

To my surprise, "The Covenant" is, in the end, a prideful, joyful book, a jungle drum (yeah, I went there) implicitly bragging about the brilliant program we engineered to rein in corrupt judges in Southwest Georgia and asking (via Web site forums) a sister in California or Iowa, say, how she managed to develop and maintain a farmer's market, with its healthy produce, in her supermarket-starved area, and what pitfalls should be avoided when the project is implemented in Lincoln, Neb., or St. Louis or Vegas. It's meant to inspire, to rekindle hope, and to amaze us with how damned amazing we can be when we dare to dream and then dare to act. It's stunning what you can learn via the new millennium's jungle drum: I was shocked to read that "private security is one of the 10 fastest-growing occupations in America. More than 1 million private security officers -- more than twice the number of police officers -- are employed in the United States; the workforce is disproportionately drawn from the African American community (for example, in Los Angeles, African American officers account for 65 per cent of the workforce.)" Yet most security officers are paid poverty wages (less than $19,000), receive few benefits, usually can't afford health insurance and don't receive paid sick days or holidays. Reporting on the work of the Service Employees International Union (SEIU), "The Covenant" advises black America that "achieving parity in pay and benefits for security officers in Los Angeles with janitorial workers would add more than $100 million a year into the communities of South Los Angeles." Ah. The blessed restraint in that summation.

A demand to be paid as well as a janitor for doing an important and sometimes dangerous job. Seems reasonable. By failing to link this reality directly (and bitterly) to the obvious racism at play here, "The Covenant" shames us all. Enlightened though I thought myself, I've spent more time rolling my eyes at testy "rent-a-cops" than thinking about the conditions required to produce their attitude problems. Knowledge is power, and now that we see how all those invisible security guards are being treated, blacks need to care enough to force America to change its ways. It's up to the brothers and sisters of South Los Angeles, and every other ghetto, to take it from here.

What's frustrating about "The Covenant" is the lack of imagination it occasionally succumbs to, as when demanding that the federal government provide lawyers to help rural black farmers fight the racist administrative practices that have resulted in the loss of 98 percent of black land since 1920. Why not raise the funds to train black lawyers, à la "Northern Exposure," in return for a three-to-five-year commitment to representing our beleaguered rural brethren? Who's more likely to do it with gusto? A bureaucrat watching a time clock or someone descended from those whose lands were stolen? That young lawyer is also a well-trained investment in the future who is much more likely to continue doing community work than chase ambulances.

Still, I hope that the chat rooms, local organizations and law school pro bono groups that are springing up to dedicate themselves to "The Covenant's" goals don't fade away. If they do, after how thoroughly we've documented racism's outcomes, whose fault will that be?