College men offered sex on a plate are reportedly having trouble getting hard. Do men really need to chase women down to get it up? 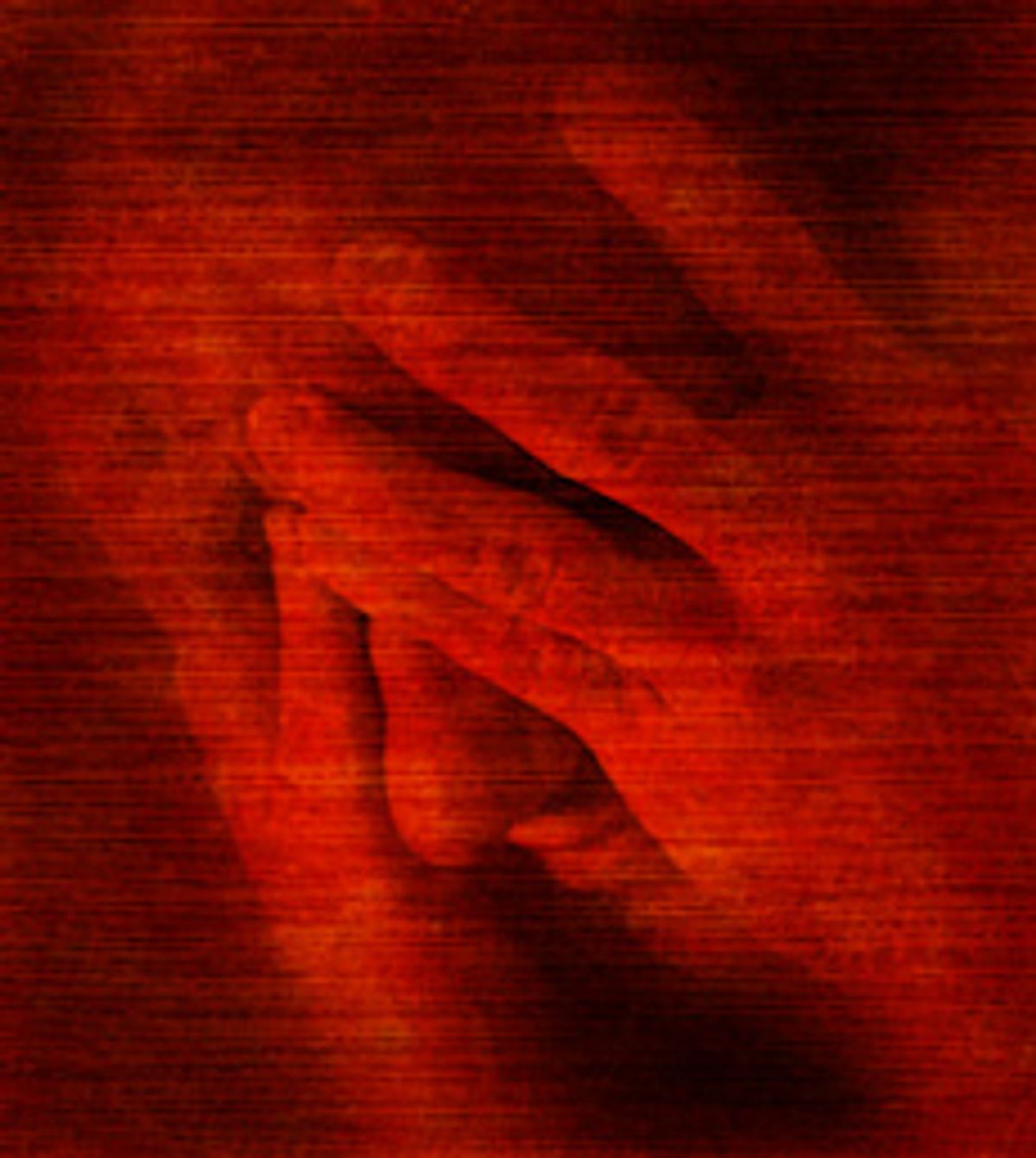 There was a story in the Washington Post on Sunday about a problem apparently facing a lot of men on college campuses: They're having a hard time getting hard. This isn't the first time I've heard reports of this in recent years, mostly from young women who assume, as I have assumed, that it's one of the costs of living in a world with antidepressants. Those sexual side effects are no joke. Then, of course, there is the rise in campus binge drinking, which has, since time began, sometimes resulted in a condition popularly known as "beer dick."

It's a really valid and compelling issue. The fact that young guys are having a rough time with erectile dysfunction is well worth investigating and I was happy to see a long reported piece about it in the Post. But imagine my surprise at learning that antidepressants, alcohol and stress aren't the real story here. (They get mentioned several paragraphs into the piece, along with explanations like anxiety, recreational drug use and overconsumption of Red Bull, so as not to rob the piece of its backlash-y punch.) No, according to the Washington Post, the factor that's making boys go limp is ... (drum roll) ... women who want to have sex with them! That's right, folks. Apparently nothing can make a dude lose a stiffie like the feeling that a girl is horny. You following? No, me neither. But here's how the story, by Laura Sessions Stepp, lays it out.

First, she writes about Adam Skrodzki, a senior at the University of Maryland who, along with his fellow on-the-record interviewees, gets a big medal for bravery in the service of ethical journalism for allowing his name to be used in this piece. Anyway, Adam "bench-presses a respectable 280 pounds. He fights fires in Howard County as a volunteer and plans to join the Secret Service in the fall. In short, he's a man's man." And therefore, we are supposed to infer, he's used to getting man's-man-quality boners. (Guys who, say, play first viola in the university orchestra and volunteer at the local ASPCA wouldn't be interesting in a story about hard-ons because they probably don't get them anyway.)

In any case, Adam continued to think of himself as a "man's man" until last fall when he "hooked up with a sophomore -- at her urging." Cue "Psycho" music: Eeek! Eeek! Eeek! See, the sophomore wanted him, he wasn't into her, so she offered to be his "friend with benefits," which is cool because that means sex with no emotional responsibility and he really didn't see anything wrong with that. But then, the first time they tried to do it, he couldn't get it up.

Now, I read Adam's story and I think: Hey, maybe Adam is just a really great guy! The kind of guy who actually wants to have sex with someone he really likes and is attracted to. Clearly he wasn't so interested in this sophomore, and so his body didn't respond to her. I don't see this as a disaster so much as a positive indicator of a healthy attitude about sex. I get that men and women often enjoy sex with people they despise or are indifferent to, but wouldn't the world be a generally more cheerful place if our bodies nudged us toward those we found physically and emotionally alluring to begin with?

But the Washington Post sees it differently. It turns out that Adam is "far from alone." In fact, Stepp continues, "for a sizable number of young men, the fact that they can get sex whenever they want may have created a situation where, in fact, they're unable to have sex." That's right. "According to surveys, young women are now as likely as young men to have sex and by countless reports are also as likely to initiate sex, taking away from males the age-old, erotic power of the chase." Countless reports! Sizable numbers! Call the police! Vague and unquantifiable numbers of women want biggish amounts of sex!

Perhaps (and I realize this is pie-in-the-sky thinking here) the leveling of the sexual marketplace Stepp writes about, in which women and men enjoy and pursue sex with comparable vigor, could be good for both sexes. First, it could deflate some of the frequently unearned but long-held stereotypes about guys who'll have sex with anything that moves, who consider each conquest a notch on their bedpost, who are more turned on by the pursuit than by the physical pleasure of union. Perhaps, if sex with women is something that they didn't have to finagle and tease and chase their way into, if it was just a fun activity that two people who liked each other chose to engage in and that often felt really great, everyone would have a better time.

Bzzzzz! Apparently that answer was incorrect. According to Stepp, we're not looking at the maturation and increasing sophistication of the socio-sexual dynamic here. We're looking at the loss of manhood in its purest form. Guys who can't get woodies for any old girl on the block are a poignant representation of the crumbling power of the erect phallus, which is, after all, as Stepp writes, "in the minds of many males, the sign of authority and dominance, perhaps the last such symbol in a society slogging its way toward gender equality." Wow. Stepp isn't doing the men she's writing about any favors in treating their condition not as a treatable health problem related to stress or their recreational habits, but as an actual loss of their masculinity, the ultimate cost of gender equality.

The Post does go on to chronicle a whole batch of other reasons for why the tools might not work. In addition to the antidepressants and drug use and heavy drinking and anxiety and caffeine consumption, there's also the fact that once it happens once (due to nervousness or a bad mood or beer dick or whatever) the anxiety about it happening again can naturally become a self-fulfilling prophecy.

One of Stepp's subjects, George Washington University sophomore Peter Schneider, had an arousal problem with a girlfriend he'd been sleeping with for several weeks. Turns out, he'd been "smoking cigarettes and marijuana, popping Adderall in order to work through the night to finish his econ papers. He was drinking a lot and not getting any regular exercise." Hey, Scooby, I think we may have gotten to the bottom of that particular mystery! Another kid, G.W. senior James Daley, was with a girl who gave him a hard time the first time he couldn't perform. Understandably, he then experienced a couple of repeat non-performances. Now, he tells Stepp, he's worried that he's just headed downhill, that he's used up all his manly mojo.

It shouldn't surprise anyone that massive consumption of alcohol, cigarettes, drugs and caffeine takes a toll on a human body. And this is a generation of kids that has been pushed to achieve -- through hyper-scheduled play dates and after-school activities and college-prep courses -- to the point where "performance anxiety" is a whole new ballgame. And I'm perfectly willing to believe that a sexual economy where female desire is allowed to match male desire could lead to a changed playing field on which the boys were less motivated by the sense that sex is the equivalent of a touchdown, scored by pushing your way through the opposing team's defense.

But why, when there are all these perfectly reasonable explanations -- explanations that, not for nothing, could turn out to be productive if we reacted to them by educating boys about the effects of recreational substance use, or developing and prescribing pills with fewer sexual side effects, or encouraging guys to get used to a sex life in which they're on equal footing with their partners -- do we have to immediately start in on the ghoulish, desire-sapping, sexless succubus of women's liberation?

Stepp writes, "One can argue that a young woman speaking her mind is a sign of equality" -- um, yes, one can argue that. But human sexuality prof Sawyer, the father of four daughters, says that, "for some guys, it has come at a price. It's turned into ED in men you normally wouldn't think would have ED." Are we straight on that? Women speak their minds; men don't want to have sex with them anymore.

It all falls into the John Tierney school of thought that says that all these overachieving college girls are going to end up single. All the libidinous ones are going to go sexless as well. Why don't we just buckle up our chastity belts and give those boys something to focus on unlocking already? Because lord knows, our eager, aroused bodies are totally harshing their hard-ons!