After eight years, it was a drawn-out farewell. But the couple we'll really miss are Jack and Karen. 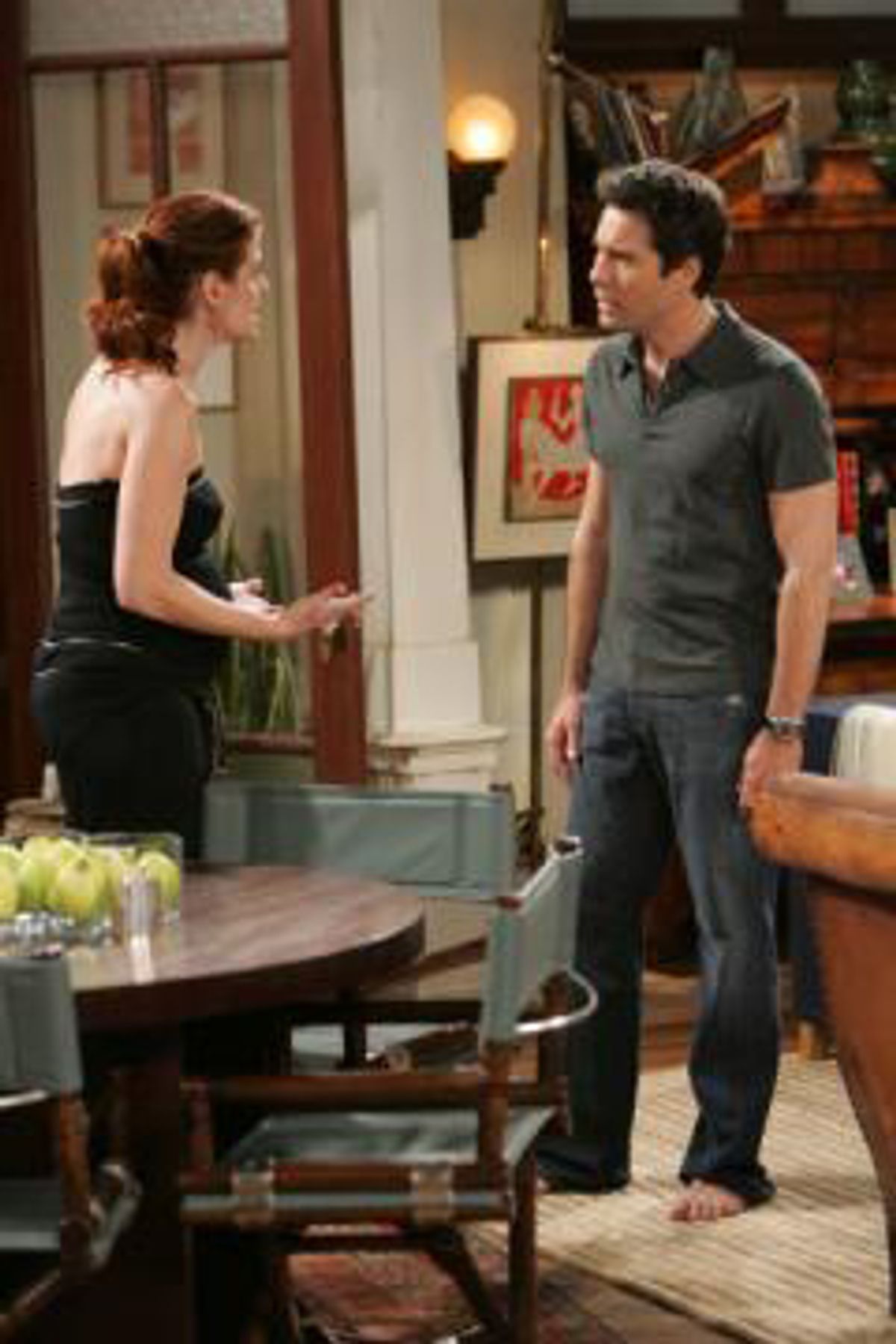 It'd be a shame if that obscured the real importance of "Will & Grace," which ended its eight-year run Thursday night. The show that launched with the memorably dorky tagline "They're not a couple, they're a couple of best friends!" picked up the battered baton dropped by Ellen DeGeneres' "Ellen" (canceled just months before "Will's" premiere) and proceeded to shut up all the pinheads who had gleefully promised that America would never watch a show with gay characters.

Two years into its run, the show, feeling network pressure not to show anything too explicit, had yet to feature a gay kiss. So writers cheekily had Will (Eric McCormack) kiss pal Jack (Sean Hayes) while standing in the "Today" show audience as a protest against NBC for refusing to feature a gay kiss on a fictional prime-time TV show. That was in February 2000, and it was a bold statement. Earlier this year, Will's most recent kiss (with a boyfriend played by Diggs), prompted nary a peep. The culture has changed, and "Will & Grace" certainly deserves a lot of credit for prodding it along.

It also deserves credit for being expertly written, with a bawdy humor we'd never seen before on commercial TV. And that, in part, helped conceal the weakness at the core of "Will & Grace": namely Will and Grace. McCormack and Debra Messing (Grace) never had any really distinctive chemistry; it was as if the novelty of presenting their relationship on a sitcom was enough, with nothing more needed for their friendship than a shared love of fashion, men and manis and pedis.

That was OK, though, because we always just wanted to watch Jack and Karen (Megan Mullally), anyway. As Salon critic Joyce Millman wrote in 2000, they "are Will and Grace without Will's self-discipline and Grace's neuroses ... They get the best lines in this razor-sharp comedy, the ones that make you gasp and wonder if the censor fell asleep at the switch." Hayes' Jack, the wisest-cracking nelly ever to skamper across the small screen, could be a tough pill for a lot of gay men, who fretted about stereotypes. But how could a character so joyfully and hilariously performed not cause more good than harm?

And then there was Mullally's Karen. When the show really started to take off, many people (especially gay friends of mine) loved to swear that Karen was really played by a drag queen, and Mullally joked about having to deny she was a man. We simply weren't used to comic female characters as oversize as Mullally's martini-chugging, pill-popping, money-marrying monster. Curiously, though, when the culture's most draggable personas appeared on the show, they were never able to match her pure voltage -- "Will & Grace" was Karen's world; Cher, Madonna and Sharon Stone just visited.

Ultimately it's Jack and Karen -- and their twisted, drunken, vaguely sadistic and slightly sexual relationship -- we'll truly miss. On Thursday's epic series finale (a one-hour retrospective followed by a final one-hour show) the plot went something like: Leo (Harry Connick Jr.) comes back and takes Grace away from Will. Two years pass and they have a 2-year-old daughter, while Will and Vince (Bobby Cannavale) have reunited and have a 2-year-old son, but Will and Grace have never made up because ... I'm not really sure. Eventually, they all reunite when the two children, after meeting in college just like their folks, get married. Yes, fine.

Infinitely more amusing is the odd series of events that causes Karen to go penniless and Jack to be the kept man of the petite Beverley Leslie (the remarkable Leslie Jordan), who shows up on cue when Jack announces his desire for a dessert that's "small and fruity, with lady fingers."

Karen bullies Jack into the relationship, telling him it's time for him to support her for a change. "You'll do it the same way any self-respecting woman does," she tells him. "Get on your back, point your heels to Jesus and think of handbags!" Later, the sight of Jack rocking his diminutive sugar daddy -- he exclaims: "I love when we play baby Beverley" -- was probably the most wonderfully perverse scene on TV this season.

Then, with about 15 minutes left in the show, a much-aged Jack and Karen sit around the piano and belt out a terrific version of "Unforgettable," and the series hit its final genuine high note. So high, in fact, that I'm hoping some copyright-flouting videographer throws it up online so others can enjoy just that scene again, unencumbered by any interruptions from the show's other characters. What were their names again?