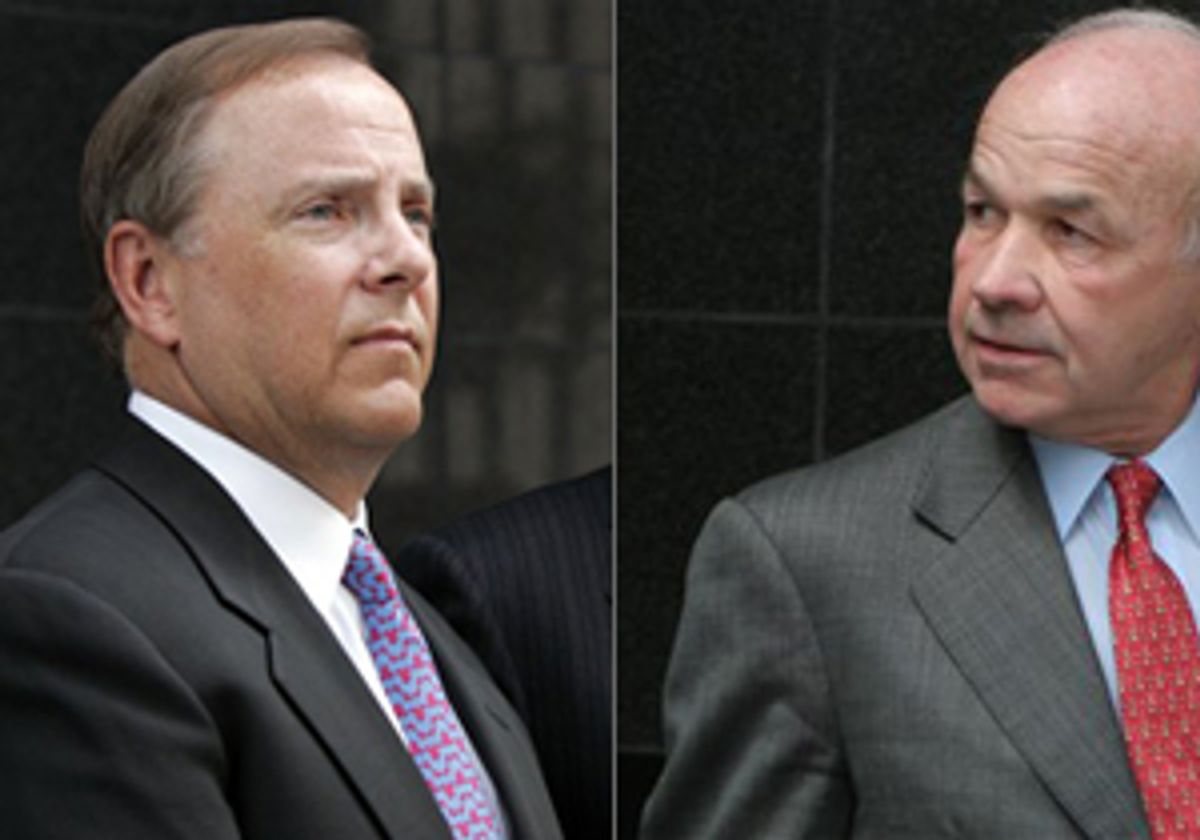 Morning Briefing:
Got permission from Brad? Brad Pitt and Angelina Jolie have somehow become central figures in Namibian life -- yesterday, a Namibian radio station asked whether the day that Jolie gives birth should become a national holiday, and half of respondents said yes. But now things have gotten to the level of immigration policy. The country's embassy in Washington confirmed on Wednesday that any journalist now wishing to enter the country to cover the Jolie birth story must have a written letter of consent -- from the couple themselves. (E! Online, MSNBC)

Moms defend Britney's parenting: A backlash of sorts has begun against the media coverage of Britney Spears' series of parenting mishaps, which culminated with last week's photos of her nearly dumping poor little Sean Preston on his head. A poll over the weekend on Parenting.com asked if the media "has gone too far in its portrayal of Britney Spears as a bad mom," and 75 percent of the nearly 10,000 people who responded said yes. "I think this last incident is the tipping point," Janet Chan, editor in chief of Parenting magazine, told the Associated Press. "I'm not sure this means Britney Spears will be in every mom's Hall of Fame. But this one caused them to say, 'Hey, now we're picking on her.'" Even Us Weekly editor Janice Min is cautiously defending Spears. "Anyone who has babies knows there are always near-misses," she said -- but at the same time pointed out that there's a bit of a pattern here. "Any one incident alone would not merit that much attention," she says. "But in the aggregate, they paint a picture that meets expectations the public already has." (Associated Press)

Hicks wins "Idol": Alabama's Taylor Hicks was named the winner of "American Idol" on Wednesday night, beating out Katharine McPhee for the $1 million prize during a two-hour finale that included a surprise performance by former "Idol" star Clay Aiken. Host Ryan Seacrest claimed there were 200 million people watching the show around the world, and numbers for the first part of the finale, on Tuesday, were huge -- 31 million Americans tuned in. After announcing the winners during Wednesday night's show, Seacrest also pointed out that "an astounding 63.4 million votes" were cast, adding that the number is "more than any President in this country has ever received." (People, Hollywood Reporter)

Also:
The culture's obsession with celebrity offspring must be nearing its zenith: On June 8, People will send out 1 million copies of its newest special issue, "Celebrity Babies." (WWD) ... Defying expectations, Vogue editor Anna Wintour showed up at the Tuesday VIP screening of "The Devil Wears Prada" -- the movie version of the book with a thinly disguised version of Wintour as a nasty central character. Though she and her posse left as soon as the credits rolled, her spokesman said, "She thought it was very entertaining. It was satire. What's not to like?" (Rush & Molloy) ... Is Jessica Simpson regretting dumping Nick Lachey? "I'm tired of being alone," Simpson told a friend, according to Life & Style. "I have no one to come home to, no one to call at the end of the night. I'm traveling all over the place by myself. When I was with Nick, I had someone who understood what I was going through."(Life & Style Weekly via the Scoop) ... CBS Radio and Howard Stern may have reached an agreement in the lawsuit against Stern for breach of contract -- CBS accused him of improperly using the time just before he left CBS Radio to plug his new satellite radio gig. The news comes courtesy of a New York state court clerk, but both sides deny an agreement has been reached. (Reuters via Yahoo! News) ... Jo Wood, who has been married to Rolling Stones guitarist Ron Wood for 30 years, talks about life on the road in the June issue of More magazine, and reveals some band members' taste in mementos: Ron prefers "to save things people throw on stage. Plastic beads." What about groupie underwear? "No, luckily. Only Keith [Richards] does that." (More)

Money Quote:
Martha Stewart, in the elevator after the screening of "The Devil Wears Prada": "Wow! Who ever had a boss like that?" (Page Six)

"Sopranos" actor James Gandolfini on how President Bush should end the war in Iraq: "Reinstate the draft, send 500,000 troops and finish it. I'd go. I am too old and fat, but I'd drive a truck." (Page Six via India eNews)

Turn On:
"Combat Diary: The Marines of Lima Company" (A&E, 9 p.m. EDT) documents the lives and losses of soldiers who went from being reserves in Ohio to the highest-casualty unit in the Iraq war, and Julia Roberts narrates "Three Days in September" (Showtime, 8:30 p.m. EDT), a retelling of the 2004 Russian school siege. Quick to move on from the "Idol" finale, Fox starts over with a new crop of hopefuls to ridicule on the season premiere of "So You Think You Can Dance" (8 p.m. EDT). Also: Bravo revives another never-aired show, NBC's "The Jake Effect" (8 p.m. EDT), with six back-to-back episodes starring Jason Bateman as a promising lawyer who downshifts to teaching public high school.