In Salon's brand-new podcast, John Cameron Mitchell talks about the real sex in his film and why he prefers Pat Robertson's moral outrage to George W. Bush's hypocrisy, while Richard Linklater talks about his two new releases. Listen in! 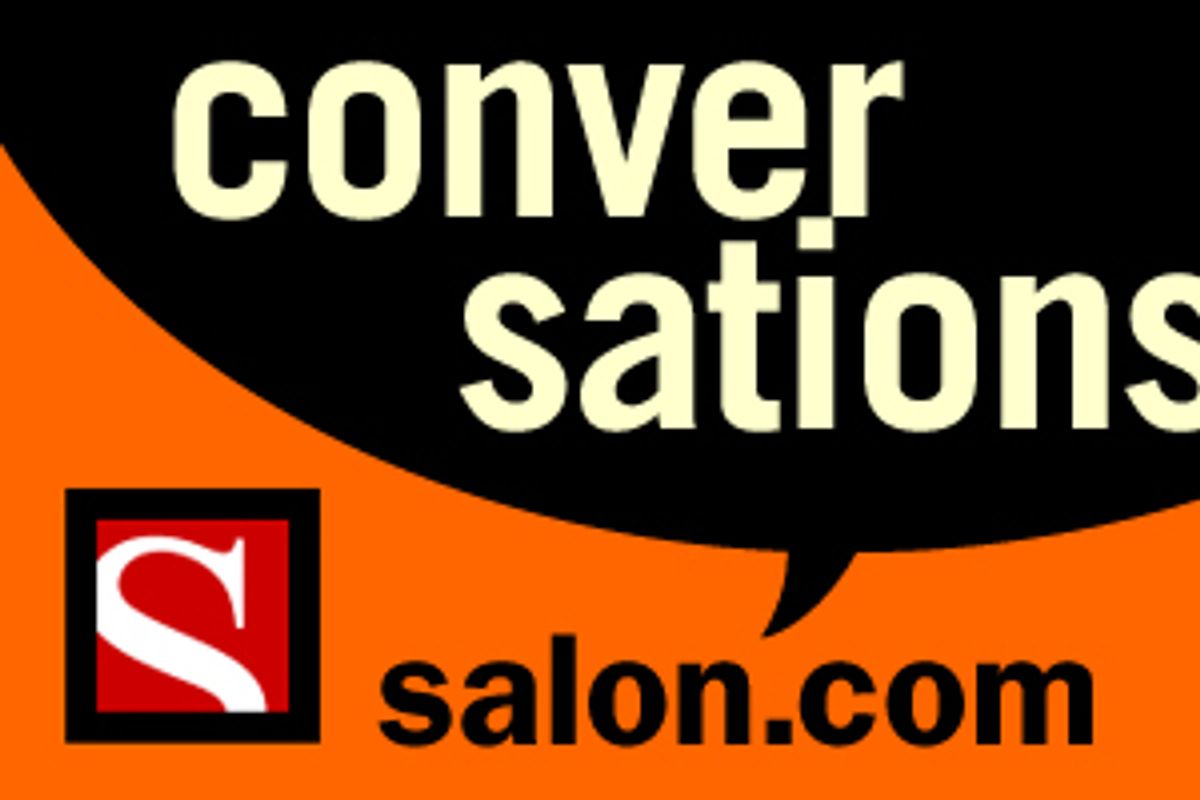 We're launching our new podcast, Conversations, with two great encounters we recently had with Richard Linklater and John Cameron Mitchell, American filmmakers with heavily anticipated films coming out soon. In the coming weeks, we'll also run Conversations with Penelope Cruz, Daniel Handler (aka Lemony Snicket) and comic genius Harvey Pekar, and talk with the most interesting political and literary figures of the day. To sign up, add Conversations to your iTunes subscription list (it's free) by clicking here.
If you don't use iTunes, you can cut and paste the URL into your podcasting software:

And for help getting started with podcasting, see our help page. First up, John Cameron Mitchell talks about his provocative new film, "Shortbus," which has gained notoriety for showing real sex among its actors. "I'm not shy about using sex to get the asses on the seats, so to speak, so they can see the asses on the faces," Mitchell tells Salon film critic Andrew O'Hehir, but adds that he hopes viewers will "feel a little bit of hope about the possibility of connection in life and in this strange day and age we live in." The film will draw more fire when it comes out later this year, but Mitchell expects as much. And says he prefers a critic like "Pat Robertson who probably does give a shit than a fucking hypocrite like Bush who actually probably has a couple of gay friends and will sell them down the fucking river for a few more votes." He still says he's patriotic, in his own, special way: "It's a country of possibility, and somewhere that it's still possible to sing patriotic hymns into someone's asshole, and thank god." (Click here to listen.) Then, with the sound of seagulls faintly in the distance, Linklater discusses his good fortune at being the first filmmaker in the history of the Cannes Film Festival to have two films in competition, "Fast Food Nation" and "A Scanner Darkly," and calls the pressure of presenting films at Cannes "kinda like being at center court at Wimbledon." Creator of films small and large, from "Slacker" to "School of Rock," Linklater talks about the odd business of making smaller films -- "I've struggled more to raise $2.5 million to make a film than I have to raise $35 million." (Click here to listen.)