The series' thoughtful and entertaining first season comes to a stirring conclusion. 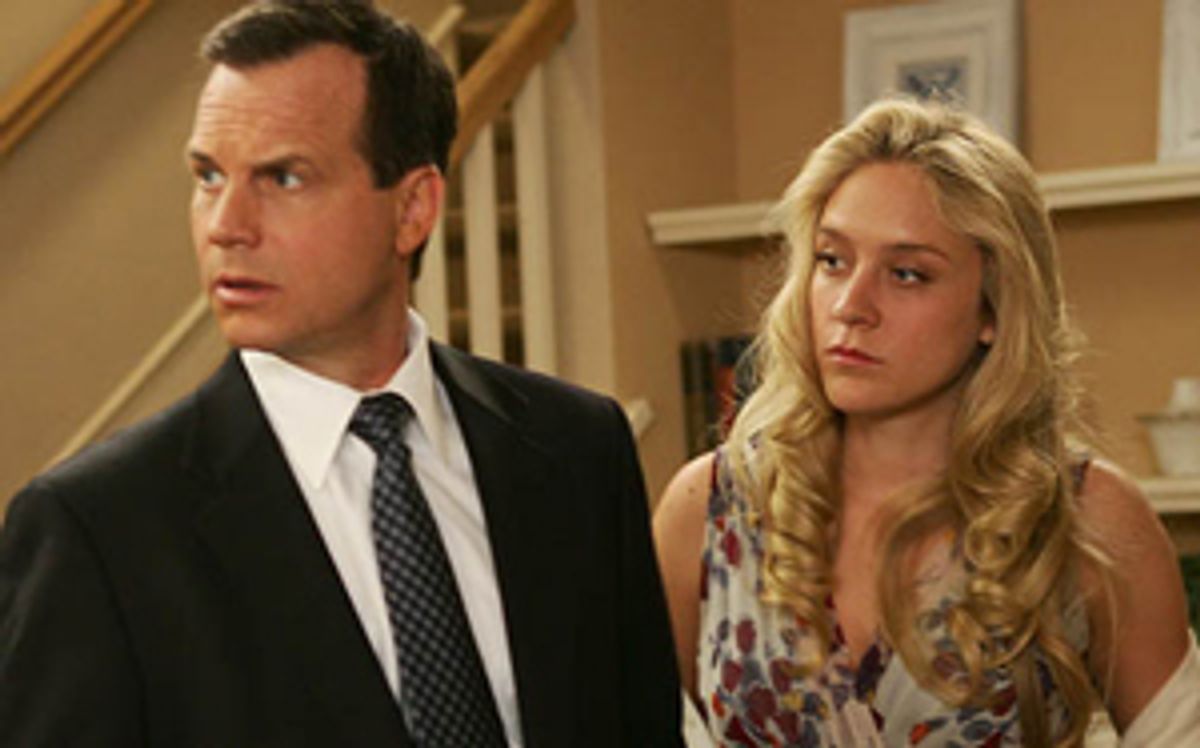 "Big Love" must have the most unlikely premise of any dramatic series on television, and not because the characters are polygamists. In the ongoing iterations of HBO's weird/relatable family serials, the Henricksons are a more stalwartly "normal" middle American family than either the Sopranos or the Fishers of "Six Feet Under" (even if the typical coastal HBO watcher probably has more in common with the Fishers). They're wholesome, suburban, pious, law-abiding (mostly) and utterly conventional in their aspirations, and the vehicle for their American dream is the unironically named Home Plus, the chain of home supply stores owned by Bill Henrickson (Bill Paxton).

The Soprano and Fisher families are threatened by the restless, centrifugal yearnings of their members; the Henricksons, the series takes elaborate pains to point out, are fiercely committed to their unity. On one side, they fend off the creepy, cultlike influence of Juniper Creek, the polygamist compound where Bill grew up, and on the other, their nosy mainstream Mormon neighbors (and employees and customers), who regard polygamy with a mixture of horror and shame.

All this makes the Henricksons insular, and that's the biggest challenge facing "Big Love." There's a reason why so many dramatic series involve lawyers, cops and doctors: Those jobs come with a steady stream of outsiders and conflict, the engine of storytelling. If a series' main characters have to supply all the friction, eventually their relationships will become so baroque, their personal lives so outlandishly eventful, that they'll seem grotesque rather than recognizable; soap opera, like capitalism, has its late, decadent stage.

So if the Henricksons aim to curl inward, deflecting all strangers in order to protect their secret, and their family bonds are more or less rock-solid, then drumming up enough conflict to keep a few story lines going ought to be a lot harder than "Big Love" makes it look. The series' first season has been remarkably thoughtful, believable and entertaining. It helps to have Harry Dean Stanton playing the reptilian Roman Grant, "prophet" and leader of Juniper Creek, who supplanted Bill's grandfather in that role through some unspecified sinister means, and the ever-splendid Grace Zabriskie as Bill's peppery mother, Lois.

The war between Bill and Roman over Bill's attempts to shake off his remaining financial ties to Juniper Creek powered most of the first season, and in the finale, Bill seemed at last to gain the upper hand. His scheme to buy a seat on the Juniper Creek council (and therefore access to the blackmail fodder in Roman's financial records) paid off. An earlier settlement has kept Roman from retaliating by evicting Bill's parents and brother from their houses in the compound. Even Alby (Matt Ross), Roman's closet-case son and designated goon, has been laid low by Bill's sister-in-law, Wanda (Melora Walters), who laced his lemonade with antifreeze (and settled the season's long-standing mystery concerning who really poisoned Bill's scabrous father, played by Bruce Dern).

But both Bill and Roman are ultimately simple characters -- Bill in particular is monumentally bland -- and "Big Love" will live and die by the deepening of its women. Bill's first wife, Barb (Jeanne Tripplehorn), is meant to be the sympathetic center, a typical soccer mom in all but the little matter of those two sister-wives. But Chloë Sevigny's Nicki is the real linchpin of the show, the one character so ill-suited to her role, so a-simmer with untapped energies, that seeing how she'll turn out is enough to keep anyone watching.

Nicki (one of Roman's daughters) was initially set up as a resentful, petty second wife, jealous of Barb's power and hiding a sordid addiction to mail order shopping. But as the season went on, she proved herself to be incandescent in a crisis. She made mincemeat of Alby when he turned up one night with a couple of thugs. She read Barb's manipulative sister the riot act and, last night, offered her sister-wife a face washed miraculously clean of recrimination when Barb's bid for recognition in a "Mother of the Year" contest seems to have threatened the family with exposure. Nicki's favored pioneer garb is more than just an old habit; this woman is a warrior, cut out to battle bears and Midwestern winters, not load the dishwasher and drive the kids to school.

The pressing question of "Big Love" isn't whether three women can happily share one man (sex hasn't been a major concern of the series so far), but the same problem that vexes many monogamous suburban marriages: How much are you willing or able to sacrifice for family, and is this life really enough for every woman? Even Barb wants to go back to work full time and Bill's third wife, Margene (Ginnifer Goodwin), seems to have an unlived carefree girlhood still inside her, aching to get out. As for Nicki, her father's daughter, I can see her running a Hollywood studio on melodrama and caffeine, covertly happy in the midst of a perpetual maelstrom and certainly tough enough to take on all comers.

The most insidious foe confronting the Henricksons isn't the conniving Roman or censure from the Mormon establishment, but the same enemy that "Big Love" will have to defeat if it hopes to make a decent run of it, the same enemy, in fact, that hounds the American Dream itself: boredom. This round goes to the creators of "Big Love," but the fight's not over yet.