Death of a useful demon

Zarqawi's death is good news. But for the White House, which used him to falsely link Saddam and al-Qaida, it's too late. 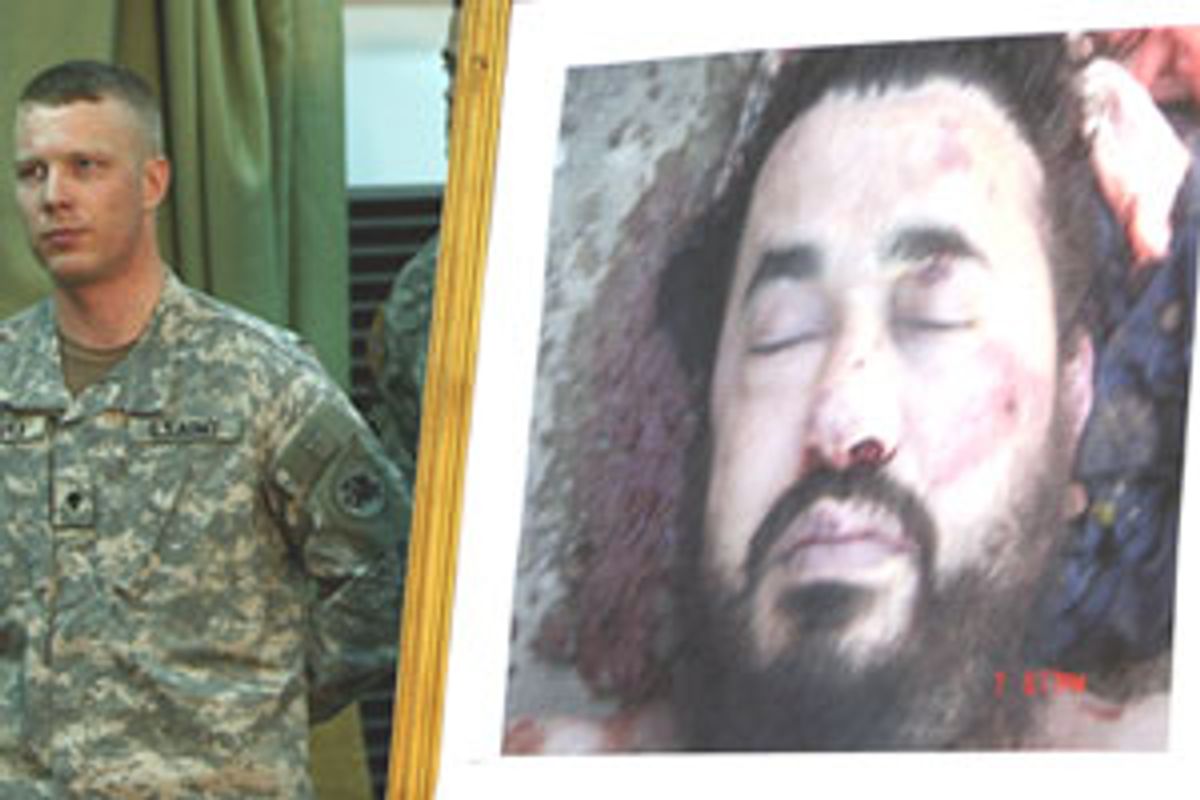 The first day following the death of Abu Musab al-Zarqawi was much like the days that preceded his elimination. Bombings in Baghdad killed at least 40 people, illustrating what military and intelligence experts already know: The al-Qaida affiliate led by the late and unlamented terrorist represents only a fraction of the Iraqi insurgency.

That may be why President Bush welcomed the elimination of Zarqawi with unusually measured, low-key language, rather than the hyperbole that might once have been expected from the White House. Exhibiting pictures of the Jordanian thug's corpse may bolster American credibility among Iraqis, many of whom had regarded him as a propaganda creation until now; but as the president noted, the violence is certain to continue without him.

Still, with the Bush administration so starved for optimistic news from the war front as Election Day approaches, Republicans will surely be tempted to inflate this incident's significance. As the Note, an ABC News Web site, suggested in a column headlined "June Surprise," the immediate aftermath of Zarqawi's demise "could not be better politically even if General Rove had directed the operation. You are watching the rollout of a serious PR plan." The ABC political unit further indicated that the White House anticipates not only a "bounce" for Bush but a chance to rehabilitate the unpopular war as well.

But the Republicans would be wise to follow the president's lead, because the likelihood of lasting political benefit from Zarqawi's removal is small. By building up the terrorist leader, the administration has increased the expectations regarding the effect of his elimination, just as it did with Saddam Hussein. And those unrealistic expectations are sure to be disappointed. That is why Bush and other administration figures are now correctly trying, a bit tardily, to reduce those expectations.

To whatever degree Zarqawi was militarily powerful, there is no doubt that he became the symbol of the insurgency in the public mind, not only in Iraq but also in the United States. Indeed, his was the only name associated here with the insurgency -- a legacy of the misleading way Zarqawi was used by the White House at the outset of the war.

Like so many other aspects of this conflict, Zarqawi was used for political purposes that were then mishandled in a way that became lethal for Americans and Iraqis. He first achieved wide notoriety in early 2003, as the Bush administration's drive to war with Iraq entered its final and most intense period. According to then-Secretary of State Colin Powell, our intelligence had established his presence in 2002 at a camp in northern Iraq run by Ansar al-Islam, a Kurdish Islamist guerrilla organization loosely associated with al-Qaida. Powell's description was meant to encourage the misguided notion that Saddam Hussein was cooperating closely with Osama bin Laden, but that was far from clear. In fact, the Ansar camp, where Powell said that poison weapons were being manufactured, was well north of the Iraqi zone controlled by Saddam's forces.

That story established Zarqawi's value as a harbinger of evil -- and a token of the alleged connections between Iraq and al-Qaida. The lingering question raised by that story was why -- if the United States knew where Zarqawi was and what he was doing -- our forces didn't simply take him and his comrades in the Ansar guerrilla camp out with a missile strike or a daisy-cutter bomb. The apparent answer was that the terrorist leader was more useful alive than dead. But letting him live was worse than regrettable, since he reportedly went on to command and commit a number of the insurgency's most horrific crimes, from the videotaped executions of Americans to the bombing of the U.N. offices in Baghdad.

Now the victims of those atrocities attributed to him -- including the great U.N. diplomat Sergio Vieira de Mello -- have been avenged. Certainly that is to be applauded, as are the American and Iraqi troops who finally got their man. But it is also worth asking who else might profit from the death of this demonized killer.

The truth about Zarqawi, insofar as it can be determined, seems to be considerably more complicated than the convenient myth. As Anthony Cordesman of the Center for Strategic and International Studies observes today, the Jordanian and his foreign-born followers had many enemies among the native nationalists in the Iraqi insurgent movement. Many insurgents viewed Zarqawi as an extremist both in his ultra-Islamist ideology and his strategy of targeting Shiite Muslims to foment civil war -- and they differed more fundamentally in their goals. Most of the insurgents, while Islamist in orientation, see their main objective as ejecting the American occupation. For al-Qaida, however, Iraq is only a staging area for a broader regional war against a long list of adversaries that includes the United States, the Saudi royal family and Israel.

For the past year, according to an exhaustive study by the International Crisis Group, tensions among the dozens of identifiable insurgent brigades have been muted. But the native nationalists have long resented Zarqawi, believing that his barbaric behavior and sectarian strategy gave them a bad name. We must hope that his destruction will cripple the insurgency and encourage the Sunni minority to negotiate rather than fight. But it is more likely that the insurgents will fight on -- and that many of them have welcomed the removal of the stain he represented.