To touch the heart of Dublin and the country beyond, look to James Joyce's "Dubliners," the poetry of Yeats and a comic masterpiece by Flann O'Brien. 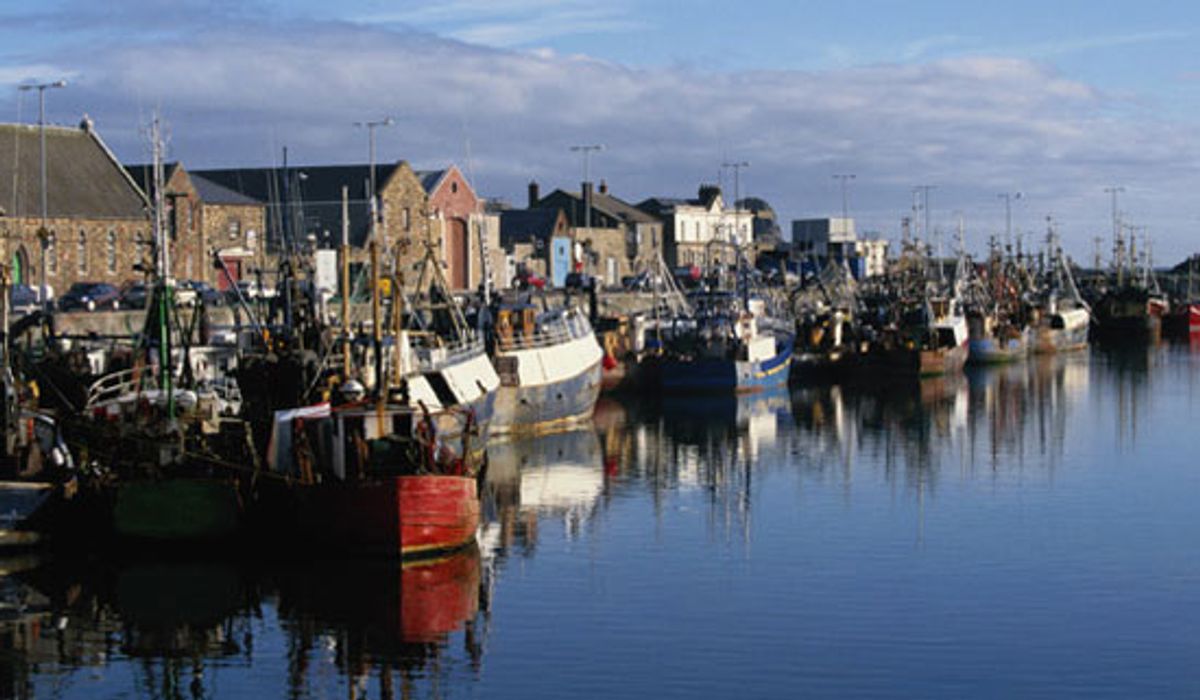 The most serendipitous literary experience I have had was when I found myself, very many years ago, reading Henry James' "The Portrait of a Lady" for the first time while on holiday in Florence where some of the most significant action of the book takes place -- I use the word "action," of course, in the special, Jamesian sense. It is often said that one may only come truly to know a foreign city by falling in love there -- ah, San Francisco, mon amour -- but as Logan Pearsall Smith said of life, I prefer reading.

The first thing the visitor must understand about Ireland is that there are two Irelands: There is Dublin, and then there is all that is not Dublin. I make the distinction not out of the city dweller's usual prejudice against the provinces, or not entirely so, but sometimes it does seem that every Irish person aspires to the condition of Dubliner -- the country has a population of some 4 and a half million, of whom a million and a quarter live in the capital, a great many of them "from the country," as we say.

Before any guidebook, then, rough or smooth, the essential volume the first-time visitor must pack, whether in a Louis Vuitton valise or one of Mr. Kipling's exceedingly fine knapsacks, is James Joyce's "Dubliners." Late in life Joyce was visited in Paris by an old and somewhat naive acquaintance from "dear, dirty Dumpling" who gave it as his opinion that the author's first book was still his best, to which Joyce, after a moment's rueful reflection, replied, "Do you know, I think you might be right." True, the Dublin of the 1890s and early 1900s portrayed in the book seems very different from today's tigerish metropolis, but a closer look will show us the old place persisting behind the new, like the silver roots under the artfully highlighted hairstyle of one of our contemporary captains of industry. For all the vastness of his mature achievement, Joyce was never again to write with such freshness and cold precision as in these stories of spiritual paralysis -- Joyce's own term -- and quiet desperation in the life, and lives, of our capital city.

Difficult to find an equivalently quintessential portrait of provincial life. So much of Irish writing is in the pastoral mode, even when cast in an urban setting, that it is a task to set off the true countrymen against the rest. However, the three modern-day writers who best capture the meanness, the wry gaiety and the poetry of country living are Eugene McCabe, the late John McGahern and, of course, the much-loved William Trevor. McCabe's 2004 story collection, the ambiguously titled "Heaven Lies About Us," and McGahern's and Trevor's "Collected Stories," are each in their own way superb. How to choose one? Don't: Just take all three.

When it comes to choosing between the poets, that is where it gets hard. Among the living there are Seamus Heaney, Thomas Kinsella, Michael Longley, Eavan Boland, the four M's -- Derek Mahon, Medbh McGuckian, John Montague and Paul Muldoon -- and a squadron of younger aspirants, especially female, notably Vona Groarke. However, if it is the spirit of the indomitable Irishry that the traveler has come in search of, then Yeats is still our chief of poets. Of course, almost all the Yeatsian yodeling about us being "no petty people" and the rest of it -- in fact, in that instance he was speaking of the Anglo-Irish minority -- is simply that -- rhetoric -- but what rhetoric it is. What one hears in these poems, especially those contained in "The Tower" (1928), surely the greatest single volume of poetry ever published, is the true, harsh voice of the Irish, not the wair-brushed brogue of the tourist-board advertisements or the mendicant wheedling at Brussels budget summits, but the voice of tragic acceptance in the face of life's terrors and passing triumphs.

We do laugh a lot, even if our laughter is often bitterness disguised as gaiety. Flann O'Brien was both bitter and gay, like Yeats' Chinese sages in the great poem "Lapis Lazuli." While the celebrated "The Third Policeman" is probably the finer work artistically, "At Swim-Two-Birds" is funnier. O'Brien, real name Brian O'Nolan -- which, paradoxically, sounds, to an Irish ear, entirely made up -- was one of the oddest birds in the Irish aviary of literary oddities, a self-loathing product of an ultra-nationalist family whose humor was as black and twisted as a blackthorn stick. "At Swim-Two-Birds" -- that hilarious postmodernist-before-its-time fantasia, with Mad Sweeney in the trees and Wild West cowboys galloping through the streets of Dublin -- sank like a stone when it came out on the eve of war in 1939, and even lifelines from the likes of Graham Greene could not rescue it, but it remains a comic masterpiece, as galling as a bad draught of Guinness, and as Irish as rain.

John Banville is the author, most recently, of "The Sea," which won this years Man Booker Prize.