Untangle this jungly nation with the best histories of its war-torn past, a terrifying novel about a North Vietnamese soldier, and an affecting memoir of contemporary Hanoi. 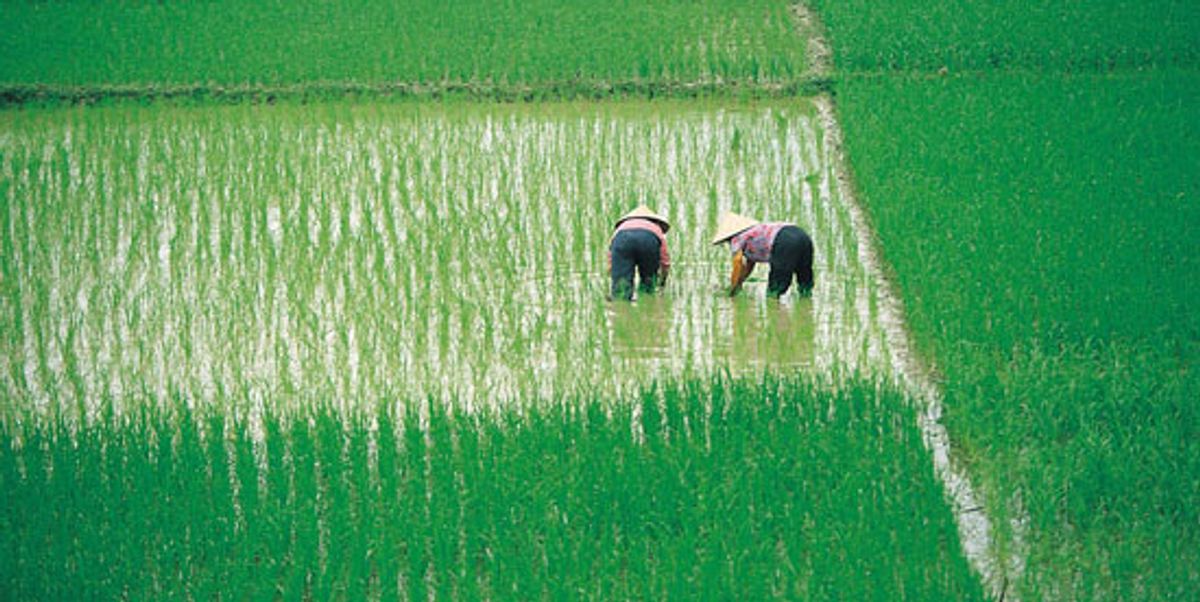 "Vietnam Vietnam Vietnam, we've all been there." So ends Michael Herr's 1977 memoir "Dispatches," a nearly perfect synthesis of war reportage and lysergic impressionism. If one understands Herr as referring to a frantic state of mind in which nothing is as it seems, then yes, we have all been there. If, however, one understands Herr's incantatory triad as an actual place filled with real people, then no, most of us have not been there. The war has thus obliterated Vietnam twice, the first obliteration resulting in so many books that, for many, Vietnam is less a country than an autopsy.

Average Vietnamese today are not much interested in what they call the "American War," and many Westerners have traveled to Vietnam to discover the ancient, jungly, beach-edged and, above all, shatteringly beautiful nation that the war's tangled legacy continues to obscure. (In the early 1970s South Vietnam's Ministry of Tourism, a sodality of optimism if ever there was one, was already anticipating such souls: "Vietnam," one of its come-on slogans read. "You've heard about it. Now come see it.") Yet Vietnam's wars are many. The people of ancient Vietnam, for instance, resisted and defeated all three of their Mongol invasions at a time when literally half of the world had fallen to Mongol occupiers. Vietnam has additionally suffered 11 invasions by China, the most recent of which was in 1979. In 1954 the Communist-nationalist mélange known as the Viet Minh defeated the French after a brutal nine-year war. And, of course, the forces of North Vietnam and the Viet Cong stalemated the United States and then toppled the American client government of South Vietnam in 1975. This makes Vietnam the only nation on earth that can claim to have militarily defeated three of the five permanent sitting members of the United Nations Security Council. A study of the wars that shaped Vietnam may not provide the roundest lens through which to view it, but there is no question that modern Vietnamese culture has formed around a violent, molten core.

Published a little over a decade ago, when relations between the United States and Vietnam were finally normalizing, Neil L. Jamieson's "Understanding Vietnam" is the rare book that seemingly everyone who cares about Vietnam recommends without reservation. Jamieson argues that any understanding of Vietnam must start with the fractious cultural debate that began in the first half of the 20th century over the benefits of "old" and "new" ways of Vietnamese life. From the 1930s on, Vietnam's enterprising, tireless and often despotic communists hijacked this intracultural argument, making it a debate between Marxism and feudalism. In doing so they inadvertently guaranteed themselves and their countrymen 40 years of civil and proxy war. Jamieson's most enlightening chapters, however, concern the traditional Vietnamese man or woman's expected -- and unquestioning -- obedience to his or her parents and village. These tendencies remain strongly in place among rural Vietnamese. While Vietnam's cities are producing a generation of young people less spellbound by conservative village mentality, it is a rare home indeed that lacks an altar, and requisite incense sticks, for the proper worship of one's forebears, the rituals of which Jamieson thoroughly explains. Above all, Jamieson is admirably fair, refusing to regard Vietnam's communists as somehow more authentically Vietnamese than its non-communists, which alone makes "Understanding Vietnam" a rare buoy of reasonableness.

The best book to read about the American side of the Vietnam War is without question Neil Sheehan's "A Bright Shining Lie"(1988). Its hero, who gradually becomes its antihero, is a U.S. Army advisor named John Paul Vann. Sheehan takes us from the war's early days, when Vann's prescient advice on how to fight a guerrilla war is completely ignored, to the various miscalculations of deepening American involvement, when Vann's moral character unravels. Not only does Vann drive himself to something approaching madness pursuing teenage Vietnamese girls, he eventually comes to endorse all the misguided tactics he once rejected. The book's longest and greatest set piece -- so beautifully told it becomes something like Homer with M-14s -- is a minute-by-minute account of the Battle of Ap Bac in 1963, where, for the first time, the Viet Cong stood their ground against an American-supported South Vietnamese force 10 times their size and won.

Bao Ninh's "The Sorrow of War," a dreamlike and terrifying novel about a North Vietnamese soldier, was originally published in Vietnamese in 1991 under the less plangent title "The Fate of Love." This was at the tail end of Vietnam's own version of perestroika, which is known as Doi Moi, or "renovation." The Vietnamese authorities congratulated themselves on their openness in allowing Ninh's defiantly non-ideological novel to be published -- until people began reading it, and Ninh began winning international literary prizes. The effect of Ninh's novel was revelatory for many within and without Vietnam. A common portrayal of the typical American soldier in Vietnam is of a dope-smoking straggler too bewildered by the war's supposed justifications to fight. His Vietnamese enemy, on the other hand, is a brainwashed myrmidon who would gladly leap onto a bed of bayonets to drive out the foreign invader. What Ninh's novel suggested was that the typical North Vietnamese soldier was a dope-smoking straggler too bewildered by the war's supposed justifications to fight. As one passage goes, "Everyone drank heavily and they all seemed to be drunk, half-laughing, half-crying. Some were yelling like madmen."

There are several excellent books about modern Vietnam, from Andrew X. Pham's 1999 travel narrative "Catfish and Mandala" (which recounts how Pham, who fled Vietnam as a child, bicycles from one tip of the country to the other) to Robert Templer's more analytic "Shadows and Wind" (a happily opinionated and frequently striking survey of contemporary Vietnam's cultural, political and artistic situation, published in 1999). But none are quite as affecting as Dana Sachs' 2000 memoir "The House on Dream Street." Sachs originally traveled to Vietnam in the early 1990s on a whim and, like many visitors, found herself entranced by its scooter-filled streets and admirably forward-looking people. She soon relocated to Hanoi, worked various oddball jobs, and learned fluent Vietnamese. The radiant hub of her memoir is a profoundly satisfying gender reversal of the usual Yankee-Vietnamese love affair: Sachs falls for a working-class Hanoi man, whose heart she breaks. Sachs' portrait of a rapidly changing Vietnam is as gorgeously homely as pond-dotted and tree-filled Hanoi itself, and while she rarely addresses the war's legacy, this does not at all feel evasive. There is more to a culture than the worst thing that has ever happened to it, and more to a people that has suffered than the fact of its suffering. Sachs respects the Vietnamese enough to pay them the ultimate compliment: She refuses to allow the war to define them.