The struggles and desires of this former British colony come through in novels from Doris Lessing, a Shona woman and Zimbabwe's own bad boy of letters. 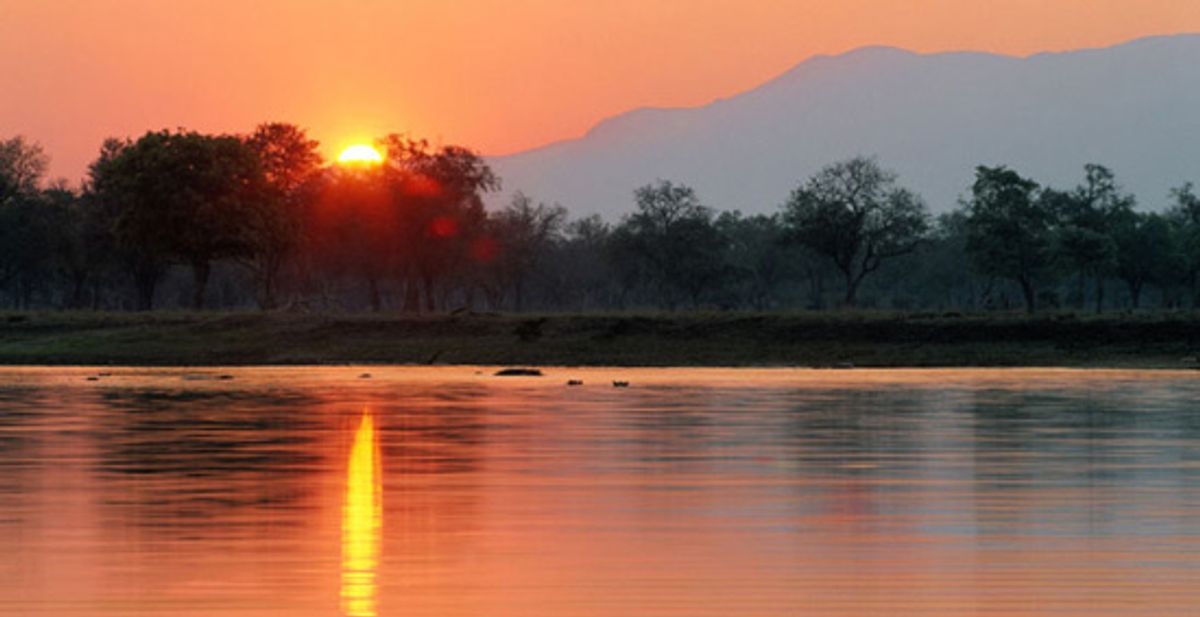 Underlying all Zimbabwe culture is our ongoing battle for justice, the concept of Chimurenga (taken from the Shona word for "struggle" or "outcry"). Beginning with the 1896 revolt, or First Chimurenga, against the British South Africa Co., the country's serious literature (not what Doris Lessing calls the "pleasant sentimentality" of the white settlers' experiences) concerned itself with themes of oppression and the slow-boil resistance against colonialism. The war that eventually ended white-minority rule in Rhodesia and ushered in Zimbabwe's independence -- a guerrilla campaign known as the Second Chimurenga (19721980) -- precipitated a new and urgent kind of writing, seemingly guerrilla itself in execution; subversive, violent, unconventional and desperate. Now, in the current era, or Third Chimurenga, our literature reflects the disappointment and sense of betrayal Zimbabweans have felt since independence. And if there is a diminishing outcry from our country's writers it is not because we have nothing to say, it is only that it is not safe to say it.

Begin with the godmother of all our literature, Doris Lessing, and her bitterly brilliant first novel, "The Grass Is Singing." Originally published in 1950, the story draws on Lessing's childhood on a remote farm in Rhodesia and on her experiences as a young woman in the country's capital. Lessing, always trying to escape, had left school by 13, home by 15 and was married by 19. A few years later -- terrified of the suffocating ennui she felt as a wife and mother -- she left her husband and two young children, and ultimately moved to England where she turned her decades of unhappiness in Rhodesia into world-class literature. Here is Lessing in "The Grass Is Singing" describing Mary Turner's journey from the familiar suburbanite comforts of the city -- "hot and cold water in taps and the streets and the office" -- to her new home on her husband's farm in the vast highveld: "Mary roused herself to look at his farm, and saw the dim shapes of low trees, like great soft birds, flying past; and beyond it a hazy sky that was cracked and seamed with stars." There is all the space in the world, and yet Lessing manages to convey the sense of forbidding loneliness and careless, inscrutable wilderness that will be Mary's undoing.

Pick up then Wendy Kann's soul-snagging memoir, "Casting With a Fragile Thread: A Story of Sisters and Africa," published in 2006. On a personal level (which is where Kann writes from) it is startling how little has changed in the country during the years that separate Lessing's Rhodesia from Kann's Zimbabwe/Zambia. In spite of the arrival of a supposedly-liberating independence, the majority of Africans are still landless and increasingly without hope, white women still stare down lonely days on farms while their husbands barely make conversation, and the gap between rich and poor gapes wider than ever. Violence, death and drinking ensue, but so does an impetus toward poetry and laughter (small, but vital compensation).

The underlying impulse in both Lessing's and Kann's work -- that of women swimming to the surface for air in an atmosphere designed to keep them powerless and voiceless -- is also the predominant theme in Tsitsi Dangarembga's celebrated "Nervous Conditions," published in 1988. Essentially a coming-of-age story (two black girls groping toward womanhood in the shadow not only of colonialism, but also of chauvinism), "Nervous Conditions" manages, all at the same time, to explore, expose and celebrate Shona traditions and culture. The confusion, self-loathing and convulsions that accompany a culture in flux are beautifully rendered: "Can you cook books and feed them to your husband?" the protagonist of "Nervous Conditions," Tambo, is asked. "Stay at home with your mother. Learn to cook and clean. Grow vegetables."

Lauded for her use of language, Dangarembga draws on the rhythms and cadences of Shona (the country's majority ethnic group) and of the oral tradition of Mashona storytelling (the rich and often ignored legacy of a preliterate society, and one of which Dangarembga sees reason to be proud) so that her sentences feel like the sound of Zimbabwe -- strong voices in the highveld, loud enough to carry through an October heat wave. "On the days that Babamukuru came to visit we killed a cock," says Tambo of her world-traveling uncle's visits to her home village. "Or rather, we killed a cock if there was one to spare, otherwise just a hen. We also killed a fowl on the occasions that Nhamo came home, whether he came with Babamukuru or whether he came alone." All the luxury of a long afternoon of words come into Dangarembga's writing, words rolling fully alive off the page, as spoken music.

In taverns and bars across the country, Zimbabwe's war has been drunk under the table, but very few people ever talk soberly about what really happened. Alexander Kanengoni's astonishing 1997 autobiographical novel "Echoing Silences" breathlessly rips the mask off the struggle and rivals, in its prose, anything penned by Tim O'Brien. "For two weeks, they had wandered through heavy jungle, lost," Kanengoni writes of his protagonist's dehumanizing experience of war against white minority rule, "It started with their guide falling sick with a bout of malaria; they built a stretcher bed from bamboo poles and carried him and he began to give incomprehensible directions that confused them but they continued to move on, towards nowhere."

The sickness that comes after war is best embodied in both the life and work of Dambudzo Marechera, Zimbabwe's bad boy of letters. His precocious talent had earned him a scholarship to Oxford (he tried to burn down the college) where he wrote his violently poetic autobiographical book of short stories "The House of Hunger." In 1979, "The House of Hunger" won the Guardian fiction prize. At the award ceremony, Marechera flung saucers at the chandeliers and a chair across the room, aimed at the Guardian's literary editor. Marechera returned to Zimbabwe in the early '80s and spent his final years, often drunk, sleeping on friends' floors or wandering Harare's streets. In 1987, at the age of 35, he died of AIDS. "My whole life," he once said, "has been an attempt to make myself a skeleton in my own cupboard."

To complete your tour, end with someone neither Zimbabwean, nor writing of Zimbabwe, but with a novel set in Namibia by an American, Peter Orner. I only include "The Second Coming of Mavala Shikongo" (2006) as required reading because it is a book of such enviable brilliance that it is, I think, the standard by which all writing of this southern African region should be set. Based on the author's own year teaching in the veld, the protagonist, Larry Kaplanski, finds himself hopelessly in love with an African freedom fighter. Tellingly, his stolen, ecstatic afternoons with her are spent on the tombs of three Boer settlers. So the themes are darkly ours, but Orner has a poet's generous soul and he somehow frees us from our skins (black or white), from our genders, our wars, our hunger. Perhaps because he is not one of us, he is able to see beauty in us where we see only shadows, and the result is heady, exultant stuff.

Alexandra Fuller is the author of the books "Don't Let's Go to the Dogs Tonight: An African Childhood" and "Scribbling the Cat: Travels with an African Soldier."