"The Fast and the Furious: Tokyo Drift"

The third movie in the car-racing franchise spins its wheels, makes a lot of noise and goes nowhere fast. 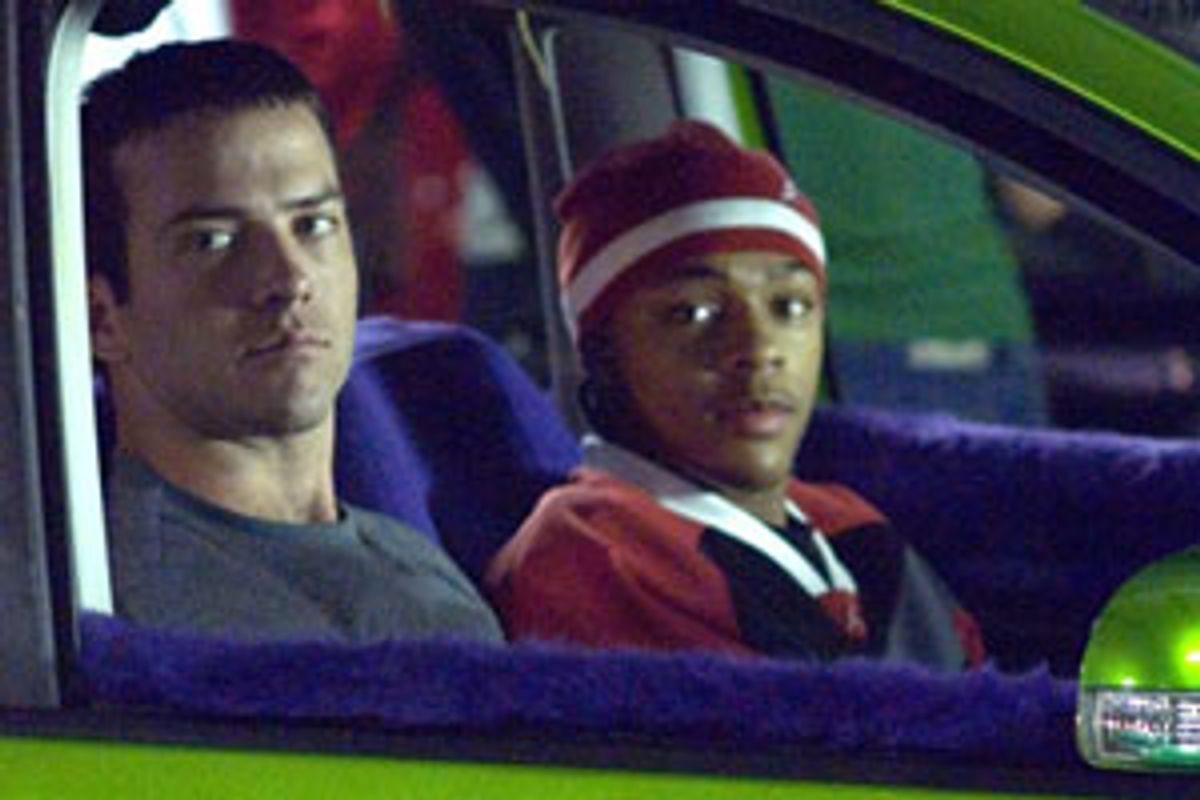 The problem with contemporary Hollywood isn't that so many of the movies it's churning out are based on formula; it's that so many directors take perfectly good formulas and wreck them with bad filmmaking. "The Fast and the Furious: Tokyo Drift" has a thousand B-movie pleasures floating within its orbit: How hard would it have been for its director, Justin Lin, to have grabbed onto a few of them? Lin made a splash with the 2003 disenfranchised-teen indie drama "Better Luck Tomorrow"; his next picture was the reasonably entertaining "Annapolis," in which a working-class kid (played by the endearingly earnest James Franco) fulfills his big dream of attending the U.S. Naval Academy. Given those movies' subjects, at least, you'd think Lin would be interested in figuring out the keys to good genre filmmaking. And yet "Tokyo Drift" -- the third movie in "The Fast and the Furious" franchise -- suggests he can't even figure out the basics.

In "Tokyo Drift," Lucas Black plays Sean, a teenager -- admittedly kind of an old-looking teenager -- with a soft Southern drawl and a seemingly innocent demeanor. But Sean just can't stay away from illegal street racing, and so to straighten him out, his mom sends him to live with his dad (Brian Goodman), a career Navy man stationed in that tame, sleepy city known as Tokyo -- surely, he won't get into any trouble there. Sean has to wear a uniform to school, where he's one of only a few non-Asians and has to get used to wearing funny slippers in class. He laughs that off with rakish good humor, and shortly thereafter falls for the cutest girl in school, Neela (Nathalie Kelley), also an outsider, although she happens to be the girlfriend of tough guy D.K. (Brian Tee), who has heavy-duty yakuza connections. (His gangster uncle is played by action-movie icon J.J. Sonny Chiba, looking dapper in his elegantly tailored Creamsicle suits.)

D.K. is also an expert at drift racing, a kind of extreme-driving technique in which the driver executes turns by (among other methods) briefly taking his foot off the throttle and then using the throttle and steering wheel to guide the car's "drifting" motion. Sean, of course, can't wait to try his hand at the race sensation that has already swept this little nation, even though his dad has forbidden him from even touching a car. And it's only a matter of minutes before he has wrecked the vehicle he has borrowed from another expatriate, Han (Sung Kang), and is forced to work off the debt, thus getting himself into even more trouble.

Admittedly, it's always a little hard to be the third entry in any franchise. The grandpappy of the series, "The Fast and the Furious" (directed by Rob Cohen and starring the inanimate automaton Paul Walker), was supremely entertaining partly because its disreputability was so casual. It gave us the illicit thrill of hanging out with the bad kids without presenting the opportunity as any sort of Movie Event, capital M, capital E. "Tokyo Drift" has, of course, been preceded by far more hype and a bigger ad campaign than that first picture was (even though the second, the disappointing "2 Fast 2 Furious," should have prepared us for a letdown). But the thrills of "Tokyo Drift" are mostly just noisy: Screeching tires, for obvious reasons, figure prominently on the soundtrack. And the race sequences, which should be the centerpieces of the picture, are so chopped up that they give us no sense of speed or movement. Lin, cinematographer Stephen Windon and editor Kelly Matsumoto repeatedly fail to show us where one car is in relation to another; it's as if each vehicle and driver inhabit their own discrete universe of camerawork, passing each other only to say an occasional "howdy."

Lin is better at handling the non-action sequences. We get a sense of nighttime Tokyo as a neon garden of delights: When two characters step into the bright, blinking world of a pachinko parlor, we're not just walking into a candy store -- we're walking into candy. And there's a lovely night sequence in which a series of cars drift down a spiraling mountain road in a snaky line. Their movement is beautifully choreographed, and their headlights cut through the misty bluish light around them like all-seeing nocturnal eyes. It's a gorgeous sequence, one of the movie's rare, brief flashes of filmmaking skill and artistry. Almost everything else around it is just skid marks.