From the author of "Oblivion," a gripping psychological suspense novel about a young aspiring writer who befriends a convicted killer. 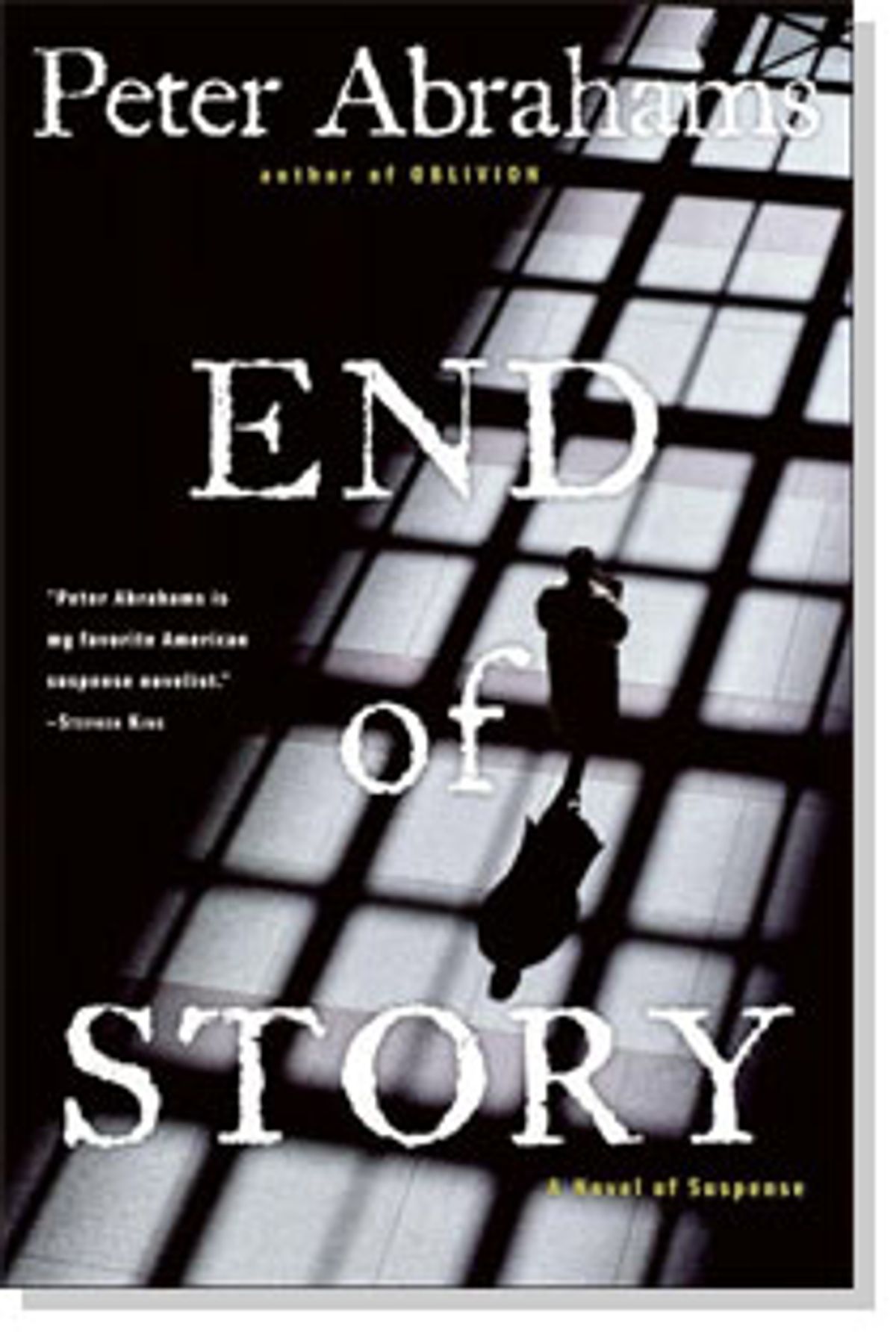 Peter Abrahams' suspense novels can be almost experimentally daring -- like last year's "Oblivion," about a brain-damaged detective trying to solve the mystery of his recent past before his mind conks out on him for good -- or as simple yet devastatingly effective as a classic little black dress. His newest, "End of Story," falls into the latter category, less likely to attract the attention that "Oblivion" did, but just as engrossing.

The story is so straightforward it's almost embarrassing to admit to the book's effectiveness. Ivy Seidel is that most commonplace of persons, an aspiring fiction writer living in Brooklyn, N.Y. She tends bar at the local watering hole, contemplates the advances of an investment banker and dreams of writing a story good enough to make it into the New Yorker. A co-worker nursing his own cockeyed idea for a thriller inspires the story she thinks might make her reputation, the tale of an immigrant in the city who finds himself slowly transforming into a caveman.

When a writer friend lights out for Hollywood, Ivy takes over his gig teaching creative writing to convicts in an upstate prison. Her students surprise her, but none more so than Vance Harrow, who writes like a lowlife Richard Ford. He's genuinely gifted, Ivy concludes, and this prompts in her some intriguing ruminations on talent and its perversities, but also curiosity about Harrow's own life. He's in jail for killing a security guard during a botched casino robbery, but the loot -- and Harrow's accomplice girlfriend -- have never been found. How could a clumsy killer write like an angel, Ivy asks herself, and she decides to dig deeper. Soon she believes that Harrow is innocent.

There's some detection in this novel, of course, but Ivy isn't a pro and occasionally the reader will be one step ahead of her. Like most real people, she's both dumber than you'd expect and smarter. What gives "End of Story" its resonance is the way Abrahams lays in its psychological foundations in writerly ambition and insecurity. In one remarkable scene, Ivy, driving along a country back road, glimpses what she thinks is a "huge guy" bent over a "ripped-open guy ... actually eating him alive"; it turns out she's really spotted a bear feeding on a dead deer. The vision causes her to stop her car, transfixed by a sudden understanding of the lack of "essential brutality" in her caveman story. Then the bear, peeved at his audience, starts lumbering toward her.

You can get so caught up in following Ivy's investigation that you might miss the way that everything that happens to her results from her longing to tap into something vital and dangerous in her work. "End of Story" is a parable about the tension between experience and imagination, how much of the former you need to kick-start the latter, just how far you're willing to go to get it and, once you go there, if you can ever hope to get back.