When you're a cub reporter working the graveyard shift, there's little else to do than become involved in the domestic disputes -- and murders -- of Glasgow's upper class. 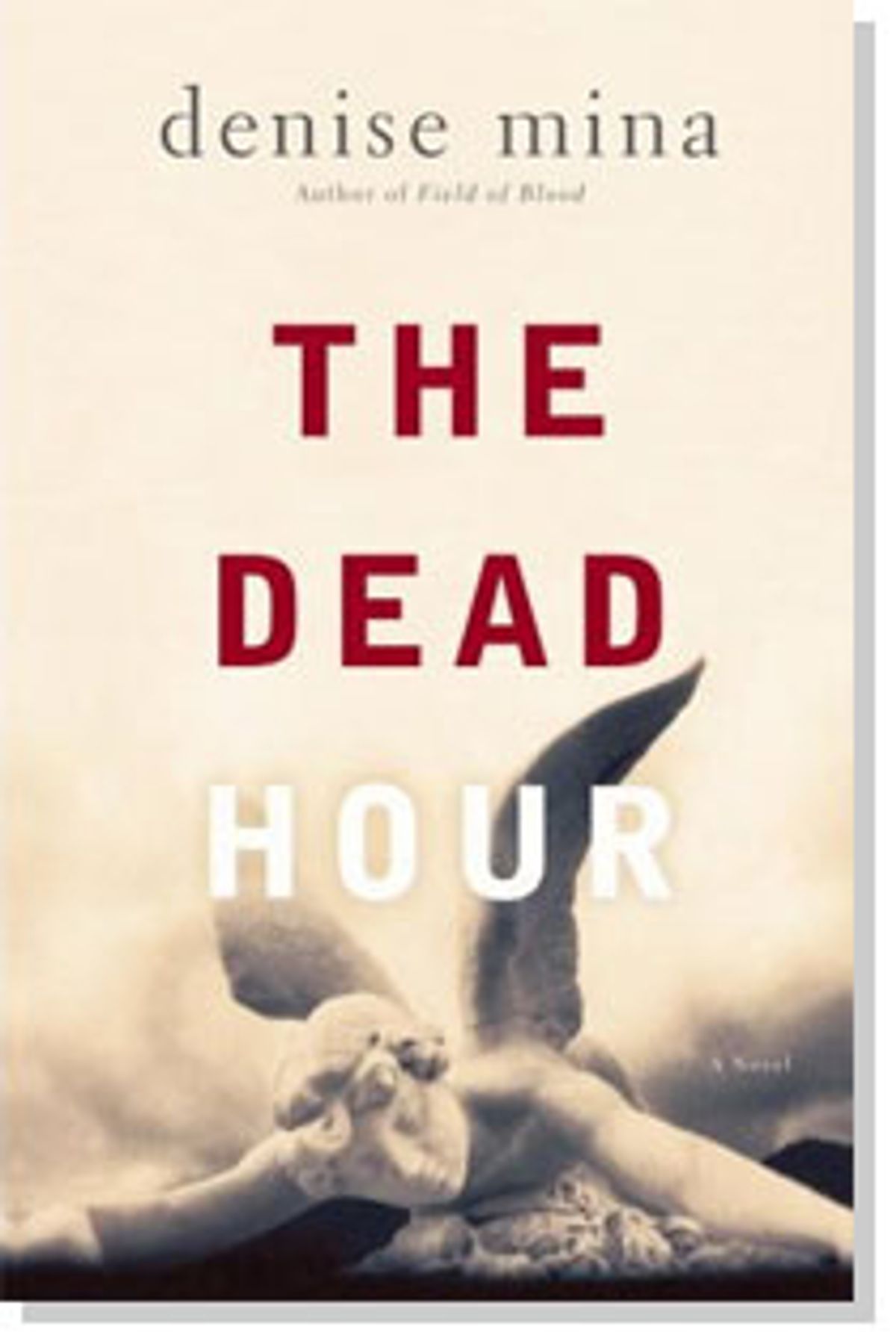 Scottish writer Denise Mina has recently become a rising star in the world of crime fiction. It was her first Paddy Mehan novel, "Field of Blood" (2005), that did the trick. Just out is "The Dead Hour," Mina's second novel about Mehan, a young, working-class Catholic girl in 1980s Glasgow who dreams of becoming a journalist. In the new book, Paddy, a former "copy boy," has finally gotten a beat reporter's position (as a result of helping to solve the mystery in "Field of Blood"), but she's working the graveyard shift -- hence the title -- and, as most night workers will testify, things can get loose in the wee small hours.

It must be said that despite her knack for detection, Paddy doesn't exhibit much natural aptitude for her chosen profession. Self-conscious (especially about her weight), surprisingly incurious and inclined to dislike most of the people she meets, Paddy is still sympathetic. She's a basically decent young woman trying to make her way in a profession of bitter, nasty men, and her striving to get out of the dead-end world she grew up in without cutting herself off from her roots becomes even more involving than the mysteries she solves.

In one particularly acute scene, Paddy's mother comes to visit her daughter at the hotel where she's been staying since an apparent attempt on her life. The older woman is so daunted by the unfamiliar and (to her) grand surroundings, that she can barely speak and refuses to order anything more "dear" in the hotel cafe than a cup of tea. Before her mother scurries back to the safe territory of church and home, the conversation turns to Paddy's sister Caroline, spending another stint with her parents after being beaten by her husband. Paddy suggests that her sister shouldn't go back to him, and her mother replies, "She should not have married him then ... It's a sacrament, Patricia, a vow in front of God. Ye can't just change your mind and leave."

Domestic violence is high on Paddy's mind because at the beginning of the novel she tags along with some policemen on a disturbance call to a posh house. They allow themselves to be sent off by an elegantly dressed man, despite the bloodied woman they glimpse in the hallway behind him. As he's closing the door, the man thrusts a 50 pound note into Paddy's hand, an experience she qualifies as not quite "taking a bribe," since she didn't actively accept it. The next day, the woman, an attorney, turns up murdered.

Whatever she tells herself, Paddy knows she's done something wrong, but on her wages, 50 pounds is a windfall, especially since she's the only working member of her parents' household. That's one of Mina's most interesting strategies, allowing her greenhorn heroine to stoop to a sordid, if understandable misdeed. It's not as if Paddy's done something doomed and grandiose, like a cop who goes rogue to catch a killer who can't be stopped by the book. Taking bribes can only ever be selfish and contemptible, and Paddy will spend the rest of the novel trying to make up for her moment of weakness.

Interspersed throughout the novel are passages describing Kate, a sleek young woman in a Chanel suit and a BMW, fleeing with a fat pillow of cocaine she's stolen from her rich boyfriend. Class is a constant, low-level thrum in "The Dead Hour," so it's an especially neat touch that after the first chapters of the book, in which Paddy feels very stylish in "her green leather," a coat she bought at a jumble sale, Mina later shows us Kate catching a glimpse of Paddy on the street and registering only "a fat girl in an old green leather coat." One reason Paddy allowed herself to be so easily dissuaded by the dead woman's well-dressed murderer is that the problems of such people didn't seem serious to her; "The Dead Hour" will show her just how mistaken she was.

Our next pick: This thriller about U.S. involvement with a fictional, Cold War-era Middle Eastern nation seems uncannily relevant to today