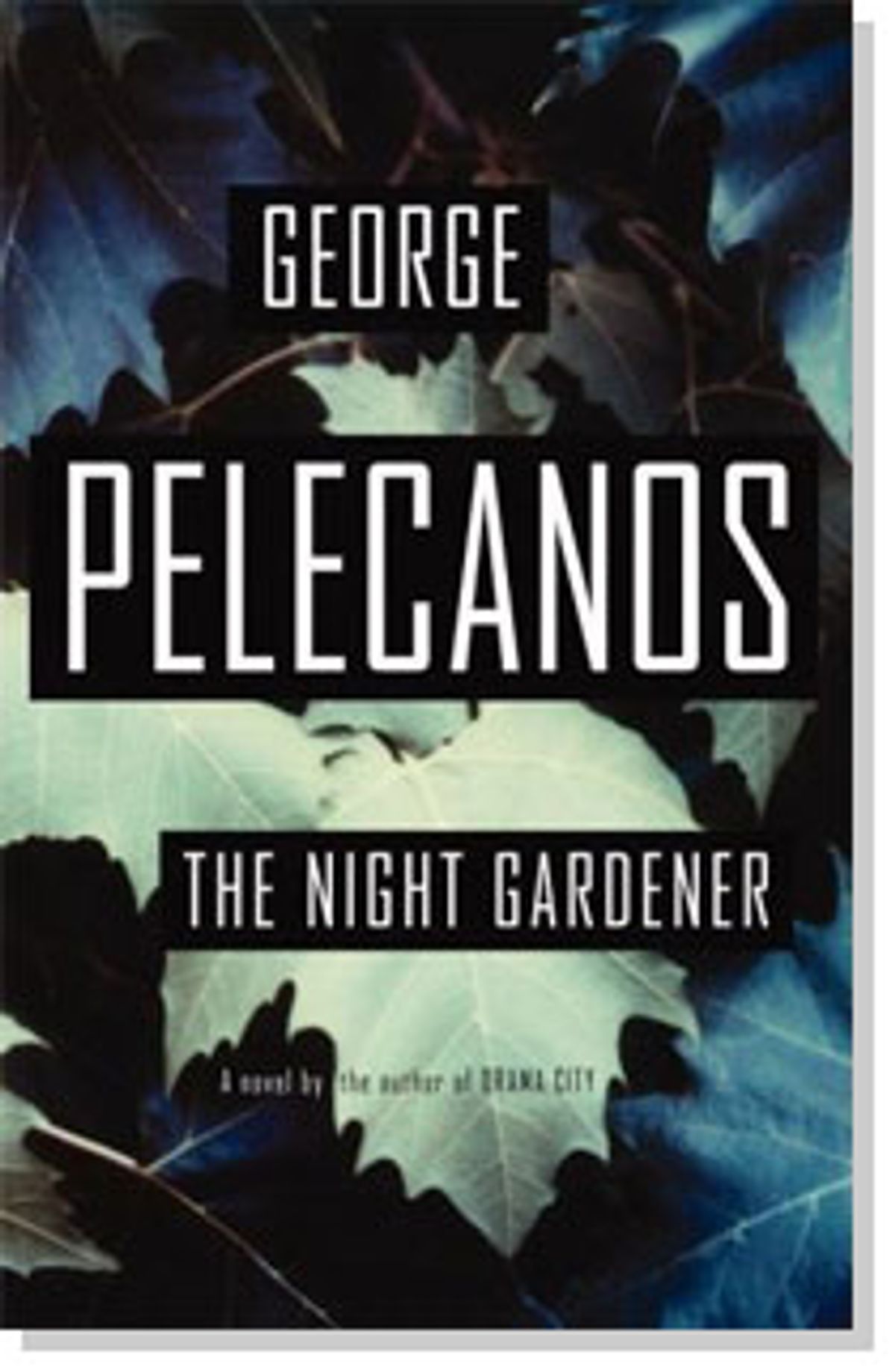 When people first started comparing the brilliant HBO series "The Wire" to a novel, I couldn't figure out what they meant. That's because I had yet to read one of George Pelecanos' crime novels. Pelecanos is now a producer and writer for "The Wire," a pairing that couldn't be more felicitous. Pelecanos' new novel (coming in August), "The Night Gardener," has all the elements that make a season of "The Wire" so engrossing and refreshing -- parallel stories of working police and career criminals; self-destructive hard-drinking men talking raunchy bar talk; individuals struggling to make their mark in spite of the vast indifference of human institutions and the universe itself. While we wait for the next season, promised sometime later this year, this book should temporarily still anyone's jones.

When a teenage boy turns up dead in a D.C. community garden, the discovery means different things to different people. To Gus Ramone, a straight-arrow police detective whose son knew the dead boy, it signifies all the threats swirling around his cherished middle-class family life. For Dan "Doc" Holliday, a boozy, womanizing ex-cop forced to resign during an Internal Affairs investigation conducted by Ramone, the murder stirs up a buried but never dormant longing to return to the work he loved so well. And to T.C. Cooke, a legendary retired detective now slowly decaying in a suburban ranch house, the boy's death is a call to arms, the circumstances uncannily similar to a string of murders from the 1980s, the case Cooke never solved and has never forgotten.

On the parallel track, a parolee trying to stay clean gets entangled with his reckless nephew's plans to become a street legend. "Brock liked the old stories about outlaws like Red. Men who just didn't give a good fuck about the law or if and when they'd go down. Having other men talk about you in bars and on street corners, after you were dead and gone, that's what made a life worth living. Otherwise, wasn't anything about you that was special. 'Cause everybody, straight and criminal alike, ended up covered in dirt."

Brock is an idiot, but reputation has a powerful sway over the characters in "The Night Gardener." Holliday's is ruined, Cooke's is fading and Ramone's, due to his caution, has never really attained its full flower. The possibility of fixing this by finally solving the Night Gardener murders draws them together as improbable allies, and in the process they begin to rub off on each other. Holliday restores Cooke's energy, Cooke renews Holliday's pride and Ramone begins to understand that in a crooked system, playing it straight isn't always the right thing to do.

How all this connects to a bunch of small-scale drug dealers and ambitious hoodlums, all conniving to relieve each other of either wads of cash or life itself, only becomes clear at the very end of the novel. Pelecanos, like his colleagues who work on "The Wire," is far more interested in the influence of chance, luck and coincidence than most crime writers. His detectives are intelligent, but we readers get the bird's-eye view and the opportunity to see everything they don't, how close they come to the truth before missing it, and into the nooks and crannies of the story that they'll never understand. One nice thing: Although "The Wire" stands firm in insisting that anyone who fights "the game" will be crushed by it, Pelecanos is more willing to let his smarter characters beat the system. A little less uncompromising, perhaps, but in the long months until the start of Season 4, it still hits the spot.

Our next pick: From the author of "Oblivion," a gripping psychological suspense novel about a young aspiring writer who befriends a convicted killer