Dennis Hastert's support of federal funding for a road near his investment property recalls the "honest graft" of Tammany Hall. 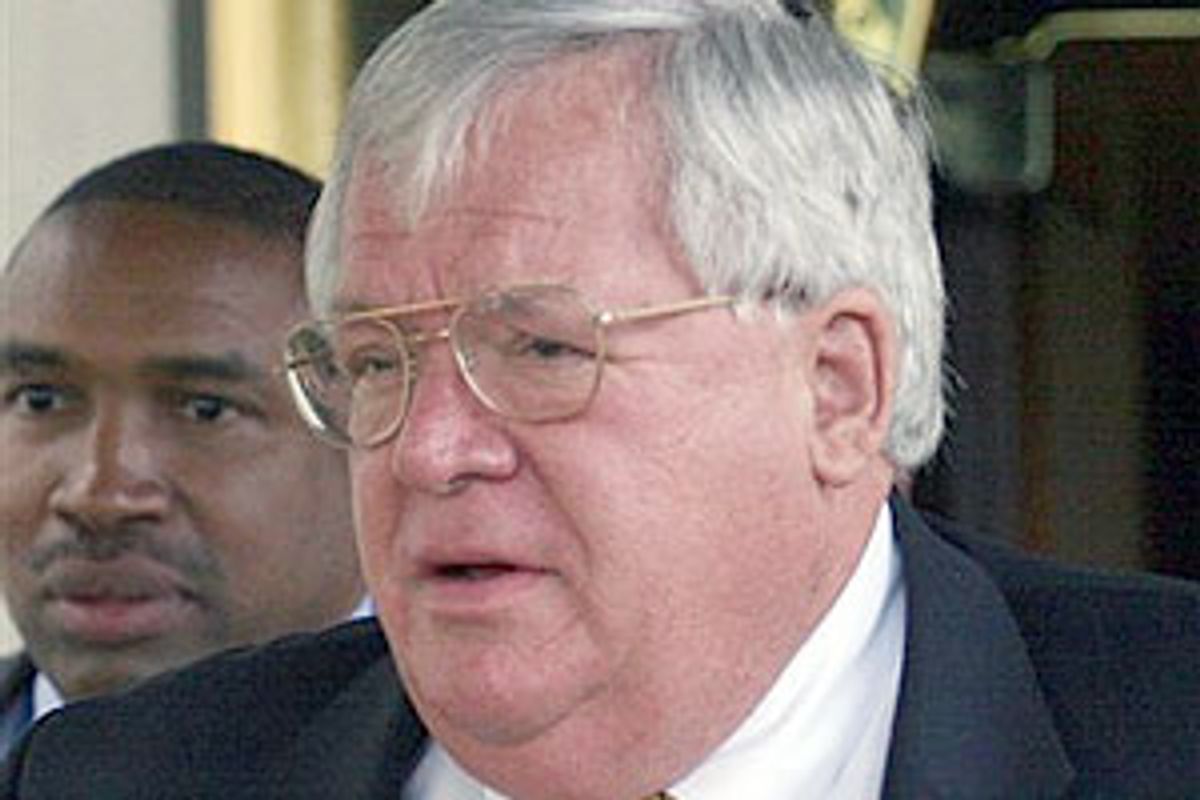 As America spirals through rapid globalization and economic upheaval, it is reassuring to discover that an enterprising member of Congress can still get rich quick in his own Midwestern district. Consider the inspirational story of House Speaker Dennis Hastert, R-Ill., who reaped millions of dollars in a farsighted deal that would once have made him the toast of Tammany Hall.

As a former high school wrestling coach, Hastert was not a wealthy man when he went into politics. By the time he won a seat in Congress, his assets were still sparse, aside from the pension he had earned during his years as a state legislator and a couple of small residential properties. His financial prospects were not promising, either. Unlike his predecessor Newt Gingrich or other political rock stars such as Sens. Hillary Clinton and Barack Obama, the stolid Hastert was never likely to earn big money by writing a book.

Over the years since he ascended to the pinnacle of the House leadership, however, Hastert's fortunes have improved substantially. Last year, he and two business partners sold a parcel of land west of Chicago for a very tidy profit -- only months after he'd "earmarked" hundreds of millions in federal funding for a new highway near their property.

So modest was Hastert about his wise investment in farmland tracts west of Chicago that he referred to them only vaguely in his congressional financial disclosures. (Looking over his filings on Tray.com, it is impossible to determine exactly what "1/4 interest in 69 acres Plano IL" actually means. And as Lynn Sweet of the Chicago Sun-Times explains, any intentional concealment of what he owned probably violates House ethics rules.) But sharp researchers for the Sunlight Foundation, a new Washington watchdog group, connected Hastert's holdings to "Little Rock Trust #225" -- a secret land trust held in partnership with Dallas Ingemunson, the treasurer of the speaker's campaign fund and the Republican Party chairman of Kendall County, where the property is located.

That land, which Hastert and his partners eventually sold for a combination of nearby acreage and cash totaling almost $5 million, sits within a few miles of a controversial highway project known as the Prairie Parkway. The road's construction would substantially improve access to the property assembled by Hastert and his partners, which tripled in value during the years since they acquired it. (The Center for American Progress has posted helpful aerial photos showing the Hastert properties and the proposed route of the highway.)

It is no doubt true, as his supporters point out, that Hastert has backed the parkway project for years. On his official Web site there is a press release headlined "Hastert Supports the 'Prairie Parkway,'" dated March 2002 -- which happens to be around the same time that the speaker and his partners started to assemble their parcel near the proposed highway route. In the spring of 2005, Hastert engineered an "earmark" in the transportation bill setting aside $207 million for the Prairie Parkway. When he signed the transportation bill last August, President Bush visited Illinois to celebrate the speaker's crucial role in shepherding that legislation.

"Highways don't just happen," the president remarked sagely at the signing ceremony. "The Prairie Parkway," he added, "is crucial for economic development in Kendall and Kane counties." Four months later, in December 2005, Hastert and his partners sold their assembled parcel to a local developer. Hastert's own profit from the sale has been estimated at between $1.5 million and $2 million.

Now Hastert's spokesman and counsel both insist that his support for the Prairie Parkway had nothing to do with his ownership of property nearby. They further insist that land values in Kendall County would have increased whether the feds funded the highway or not. And they have demanded that the Sunlight Foundation retract any suggestion of corrupt behavior.

Rather than puff themselves up with righteous indignation, the speaker's flacks and lawyers might as well simply acknowledge the historical precedent for Hastert's land bonanza.

A hundred years ago, George Washington Plunkitt, New York state senator and leader of the Tammany Democrats, explained how to profit from "honest graft." Journalist William Riordon recorded the great grifter's immortal words in "Plunkitt of Tammany Hall," a classic volume that must be consulted by anyone who hopes to understand urban (and now suburban) politics.

"I seen my opportunities and I took 'em," Plunkitt famously boasted. The boss went on to discuss in detail exactly what he meant:

"My party's in power in the city, and it's goin' to undertake a lot of public improvements. Well, I'm tipped off, say, that they're going to lay out a new park at a certain place.

"I see my opportunity and I take it. I go to that place and I buy up all the land I can in the neighborhood. Then the board of this or that makes its plan public, and there is a rush to get my land, which nobody cared particular for before.

"Ain't it perfectly honest to charge a good price and make a profit on my investment and foresight? Of course, it is. Well, that's honest graft.

"Or, supposin' it's a new bridge they're goin' to build. I get tipped off and I buy as much property as I can that has to be taken for approaches. I sell at my own price later on and drop some more money in the bank.

"Wouldn't you? It's just like lookin' ahead in Wall Street or in the coffee or cotton market. It's honest graft, and I'm lookin' for it every day in the year."

Bulldozing highways through farmland to subsidize development, enrich politicians and encourage the burning of still more fossil fuel may not be the smartest way to spend hundreds of millions of taxpayer dollars. But in the age of Halliburton, Enron and Carlyle, at least one of our statesmen is still doing business the old-fashioned way.