From Betty Smith to Jonathan Lethem to Truman Capote, the chroniclers of this brownstone-lined borough are as diverse as the millions of people who live there. 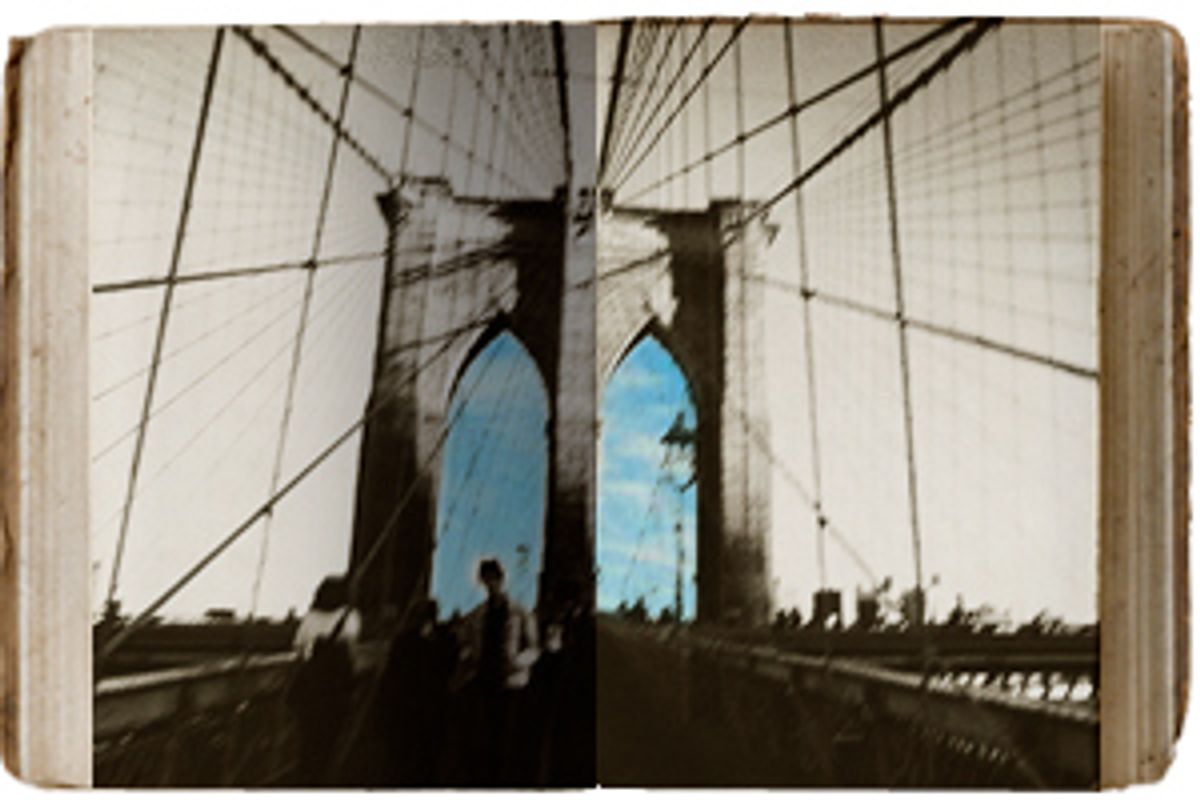 Because Brooklyn was once a populous, independent city, before being amalgamated in 1898 with the other four boroughs to make New York, it retains a poignant sense of lost, prelapsarian identity. Its touchy pride is tinged with the inferiority complex of the provincial living nearby, but not in, the metropolitan center. Because it became a bedroom borough for hundreds of thousands of workers commuting daily to Manhattan jobs, much of its literature inevitably came to dwell on the residential, domestic and familial. Brooklyn's schools have spawned generations of bright little prodigies, such as Henry Miller, Norman Mailer, Arthur Miller and Woody Allen, who went on to become Americas literary lions, often moving across the river while periodically looking back with fondness or chagrin at their roots.

It is no accident, then, that childhood and adolescence should play such a major role in Brooklyn literature. The place to start reading is Betty Smith's 1943 novel, "A Tree Grows in Brooklyn." This story of young Francie Nolan, growing up with her family in Williamsburg, is saturated with the routines of daily life in an immigrant ghetto; it bridges the gap between bestseller and literary classic, largely because it is so affecting that it cannot help but win over readers of every age. Particularly moving is the relationship between Francie and her father, a charming Irish singing waiter too enamored of alcohol to support his family on a consistent basis.

Another superb novel about a young girl growing up in a poor, striving family, this time West Indian blacks, is Paule Marshall's "Brown Girl, Brownstones." Here, too, the father is a charming ne'er-do-well who dotes on his daughter, Selina. The mother, Silla, is an unforgettable character, a powerful, determined matriarch trying to preserve the traditions and ethics of an island culture in colder northern climes, while adapting to the new countrys governing principle of "how to make a dollar." This semi-autobiographical novel, which first appeared in 1959, is actually set in an earlier period, the late '30s to early '40s, in the Fulton Street area of Fort Greene. It brims over with brilliant dialogue and subtle psychological descriptions. In this heated exchange about disciplining children, the cultural tension of "back home" and new world values become abundantly clear as Silla warns a friend:

"You best watch that heavy hand, 'cause this is New York and these is New York children and the authorities will dash you in jail for them."

"Never mind that! They want licks!" Florrie shouted. "You got to wash their tail in licks. You remember what the old people home did tell us: hard ears you wun hear, own-ways you'll feel."

A much rawer Brooklyn may be glimpsed in Hubert Selby Jr.'s 1964 novel, "Last Exit to Brooklyn," set in Red Hook's waterfront district. Selby employs a combination of Joycean stream-of-consciousness and Beat lyricism to capture the violence and subjective confusion of these barflies, seamen, unemployed thugs and transvestite hustlers. In his cool, matter-of-fact prose Selby writes, "Tralala was 15 the first time she was laid. There was no real passion. Just diversion. She hungout in the Greeks with the other neighborhood kids. Nothin to do. Sit and talk. Listen to the jukebox. Drink coffee. Bum cigarettes. Everything a drag. She said yes. In the park. 3 or 4 couples finding their own tree and grass. Actually she didn't say yes. She said nothing. Tony or Vinnie or whoever it was just continued. They all met later at the exit. They grinned at each other. The guys felt real sharp. The girls walked in front and talked about it. They giggled and alluded. Tralala shrugged her shoulders. Getting laid was getting laid. Why all the bullshit?" The figure of Tralala, a much-abused, promiscuous youth, is particularly memorable, as is the ensemble drama of a Brooklyn housing project in the final section, "Landsend."

More recently, Jonathan Lethem has staked out the Boerum Hill section, not far from Red Hook, in a pair of vital, exciting novels, "Motherless Brooklyn" (1999) and "The Fortress of Solitude" (2003). The former is a tour-de-force murder mystery about a detective with Tourette's syndrome, while the latter is a bildungsroman about a young man obsessed with rock music and comic books, growing up in a neighborhood undergoing transition from drug-infested blight to gentrification.

It is worth noting how many of the fine novels set in the borough contain the word "Brooklyn" in their titles: not just the aforementioned "A Tree Grows in Brooklyn," "Last Exit to Brooklyn" and "Motherless Brooklyn," but also Lynne Sharon Schwartz's wry novella about an adolescent's sexual exploration, "Leaving Brooklyn" (1989) and Michael Stephens' harrowing tale of an Irish wake, "The Brooklyn Book of the Dead" (1994). These authors all seem to be saying that Brooklyn must be seen as a central character in their fictions. It's as if Brooklyn is not just a place but a state of mind, or the shorthand for some very specific way of being, which readers, presumably from all over, would be able to decode. I can only hazard some guesses at what the word "Brooklyn" might connote as a literary sign: earthy, ethnic, lower-middle-class, underdog, Everyman, unpolished "dese and dose" diction, a kind of New York cockney? In the last 10 years, this set of associations has begun to feel dated, as money, glamour and chic have poured into the borough.

To get a clear picture of that more gilded Brooklyn, I would recommend reading Paula Fox's sardonic short novel "Desperate Characters." First published in 1970, it has since become something of a classic. The story revolves around a liberal, professional, highly educated married couple living in architecturally distinguished Brooklyn Heights, who seem anxious and uneasy for no particular reason, other than the old Peggy Lee refrain, "Is That All There Is?" They live in a cocoon of privilege, whose membrane against the have-nots is constantly in danger of wearing even thinner.

Brooklyn has long been celebrated in poetry, from Walt Whitman's majestic "Crossing Brooklyn Ferry," the archetypal commuting poem, to Marianne Moore's fan letter to the Brooklyn Dodgers, "Hometown Piece for Messrs. Alston and Reese," and her ode to a Prospect Park tree, "The Camperdown Elm," to Harvey Shapiro's wonderfully hard-bitten, gritty tributes to the borough's spirit, such as "National Cold Storage Company," "Brooklyn Heights" and "Meditation on a Brooklyn Bench." Finally, those who fancy nonfiction prose should take a look at James Agee's wacky inventory of an essay, "Brooklyn Is," which has recently been published as a small chapbook, as has Truman Capote's lovely, companionable essay-reflection on living in Brooklyn Heights in the '50s and '60s, "A House on the Heights." And of course, I cannot omit Alfred Kazin's eloquent "A Walker in the City" (1951), which is every bit as vivid about growing up in tenement Brownsville as Betty Smith's novel was about Francie's childhood in Williamsburg. Brooklyn has meant for many of its writers the Old Neighborhood. However much these precincts may be undergoing radical transformation in the coming years, from low-rise to skyline, the place we call Brooklyn remains a set of neighborhoods, and that in itself is a rarity and a kind of miracle.

Phillip Lopate is an essayist ("Portrait of My Body"), film critic ("Totally Tenderly Tragically"), novelist ("The Rug Merchant") and anthologist ("The Art of the Personal Essay") who teaches at Hofstra University.

Books Jonathan Lethem The Literary Guide To The World Travel