Parker Posey plays a woman in search of an orgasm in this good-natured little sex comedy. 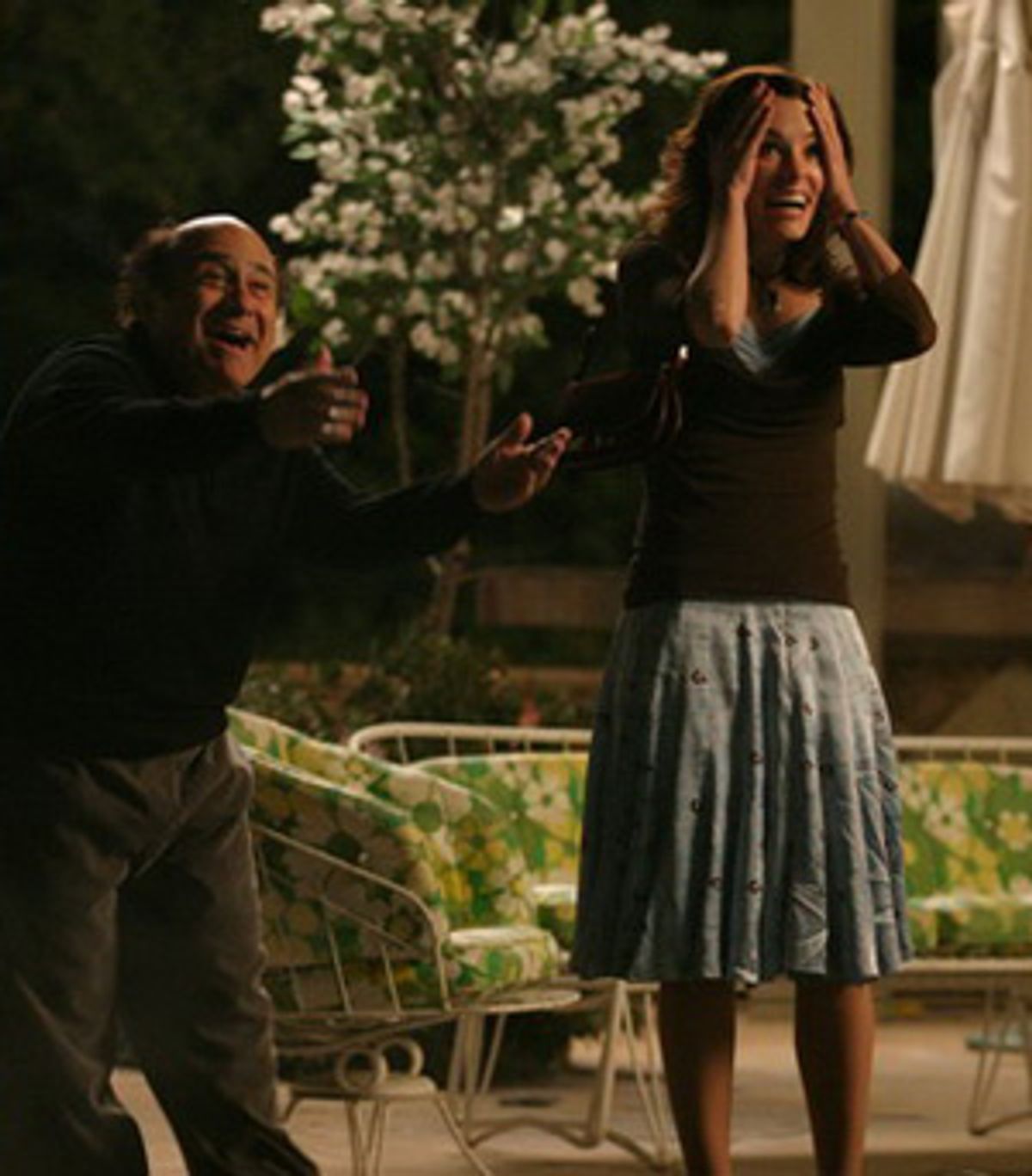 Although Hollywood movies are allegedly filled with sex -- an accusation that's usually made by people who never actually go to the movies -- nobody really makes sex comedies anymore. And comedies for grown-ups, period, are now in such short supply that a good-natured little picture like "The Oh in Ohio" feels like an anomaly.

The movie kicks off from a premise that feels a bit worn out from the start: Parker Posey plays a Cleveland go-getter career gal who has never had an orgasm, either with her husband, Jack (Paul Rudd), a high-school biology teacher, or with anyone else. But just when you begin to fear that director Billy Kent and writer Adam Wierzbianski (the story is by Kent and Sarah Bird) plan to spend the whole movie detailing Priscilla's pursuit of the elusive "O," the picture's gaze begins to shift, drifting toward some complicated and difficult questions about marital love, and what it may or may not have to do with sex, and the attraction of seeming opposites.

Priscilla and Jack seem so frightfully mismatched at first that you wonder what ever brought them together in the first place. Priscilla works in advertising (her job is to bring new business to Cleveland -- her latest conquest is a company that makes some sort of unpronounceable Norwegian candy), and although she's clearly good at what she does -- she seems to be motored by nervous energy alone -- she's not the buffed-up cartoon version of the successful businesswoman we usually see in the movies. She gets up early to fold herself into yoga-pretzel shapes, but not in a class: She does so alone, in front of her TV, where she often sees one particular silly, low-budget, locally made commercial, for a pool company run by a guy named Wayne (Danny DeVito). Later, we learn that Wayne has been using a version of this same commercial, with very few changes, for some 30 years. (It's easy to guess when Wayne's youthful, glory days were by the way he wears what little hair he's got left tied into a wispy ponytail.) Priscilla has been seeing this corny commercial since her childhood -- it features Wayne extolling the virtues of his products as comely cuties cavort in the background -- and it's a measure of her capacity for sweetness that, even though she's supposedly a sophisticated advertising person, she's grown very fond of it over the years.

Jack, on the other hand, used to be the most popular teacher at his school. Now he's just a schlub, slouching toward middle age. His beard is unkempt; the tweed jacket he wears has been permanently rumpled around the slump of his shoulders. And while he used to think he was lucky to have married the prettiest girl in town, he now feels beaten down by the fact that, although he and Priscilla have sex regularly, he's never been able to give her an orgasm. "Can I tell you what your frigidity has done to me?" he asks her over dinner at home one evening, his insecurity boiling over into outright resentment.

At first you wonder what the hell these two are doing together. And then you see them giggling after their first session with a marriage counselor, marveling over what a goofball he was, and you understand it: They used to -- and maybe sometimes still do -- have a great time together. And they keep working on the sex thing, sometimes even when they should know better. After their appointment, while walking through the parking garage, they decide that, for novelty's sake, it might be a good idea to have sex in their car. It's not (is it ever?), but at least they tried.

But that really is just the beginning. Jack and Priscilla end up working on their togetherness problem separately, and the wayward paths they take pull the movie in a few different directions. The jokes in "The Oh in Ohio" are breezy and unfettered -- the movie doesn't fall into the trap of congratulating itself over how naughty it is. (And in some ways, it's pretty naughty -- although this is a sex comedy, and something of a fable, not a moral instruction manual.)

I'm not really sure how strong this material is on its own: I kept trying to imagine what "The Oh in Ohio" would have been like with other actors in the leading roles, and I couldn't -- Rudd, DeVito and especially Posey seem integral to it. Rudd has the conviction to play Jack without blunting him too much. Jack isn't wholly sympathetic. There's something essentially childish about him, and Rudd doesn't shy away from that, although it's easy to like Jack even when we're completely exasperated by him. And, when Wayne steps into Priscilla's life as more than just the pool-commercial guy, Posey and DeVito have some wonderful scenes together. As physical types, they're a marvelous mismatch. When Priscilla and Wayne go for a nighttime swim in the elaborate backyard Shangri-La he built for his late wife (it's not just a swimming pool but a water slide that winds down from a high, rocky perch), the sight of them in their swimsuits is a comic vision from heaven: He's built like a Tiki-god party light; she's lithe, an elegant, screwball Gumby. But somehow, it works.

Posey is one of those terrific actressses who's sometimes difficult to watch: She's perpetually perched on the edge, and even though she's always in complete control of her performances, I often find that after watching her, my nerves feel slightly shredded. But this performance is different. Priscilla, in her ambition and single-mindedness, is a little scary: It's easy to see why Jack would be frustrated, and intimidated, by her. But Posey shows us Priscilla's vulnerability without softening the character into mush, and the performance is all the more touching for it. All cheekbones and elbows, Posey is a Cubist rose; maybe we haven't even begun to see all her angles.