Thanks to the visionary constitutional reformers of 1868, America enjoys equal rights for all. Today's anti-immigration zealots want to destroy their legacy. 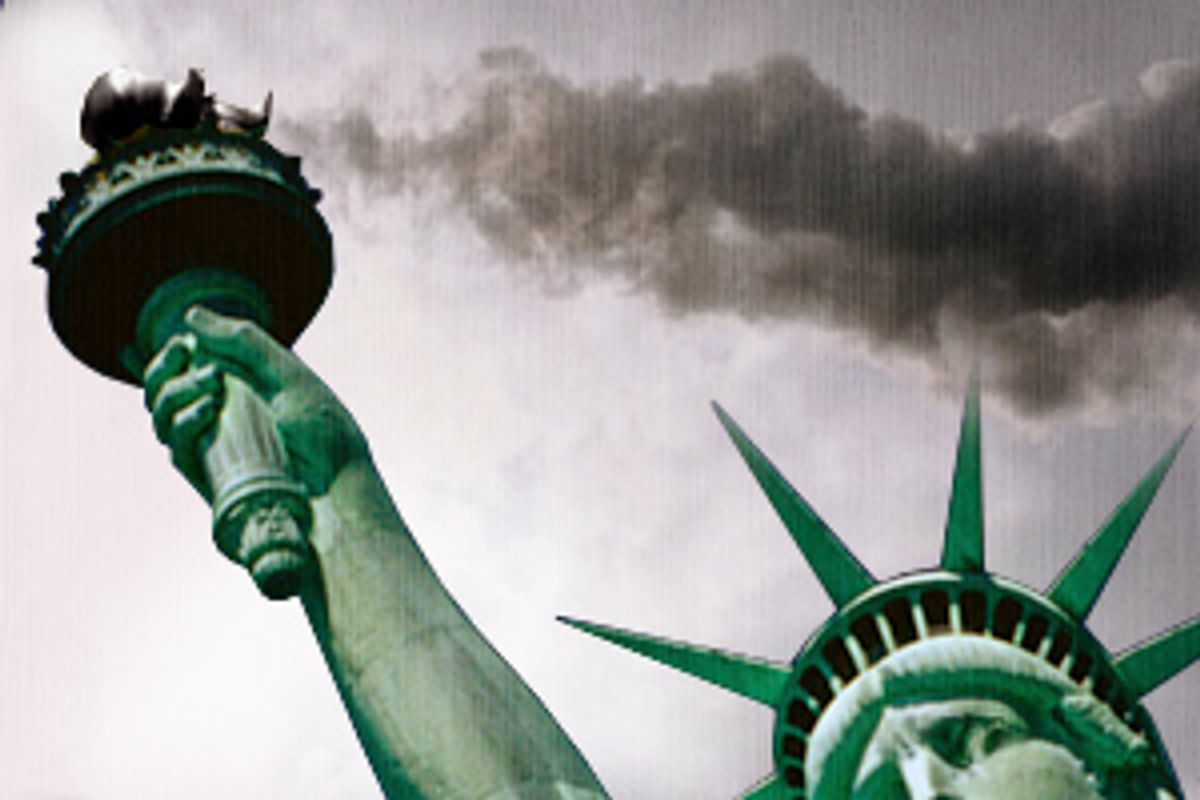 What's better than a patriotic holiday in July? Pop a brew tonight, then, and let's celebrate our heritage of democracy and equal rights. We owe these freedoms not so much to the events commemorated every July 4, but to those of July 21.

But, as the beer commercials say, celebrate responsibly: Our current toxic immigration debate shows that, more than a century later, genuine democracy has powerful enemies. In 2006, the anti-immigrant movement is attacking the amendment's central meaning of equal protection of the law for all.

Please don't feel bad if the words "14th Amendment" don't immediately call to mind a list of rights. Most literate citizens -- and even many lawyers -- have trouble focusing on the radical changes this massive post-Civil War reform made in the original Constitution. The 14th Amendment is such a giant presence in our lives today that it's hard to see it as a single thing.

But consider this. Until the 14th Amendment, the idea of human equality, extolled in the Declaration of Independence, appeared nowhere in the Constitution. The word "equal," when written in the original document, referred mostly to voting privileges for the states. In addition, the Constitution contained no definition of American citizenship, seemingly leaving the matter to the states.

Even the Bill of Rights itself only covered the federal government -- overreaching state governments could, and did, restrict free speech, freedom of religion, due process of law and other basic rights. In short, the Framers of 1787 set up a flawed confederation of insular states, each of which was free to oppress, and even enslave, some or all of its population.

No matter what we've been taught in civics class, that original system was a failure. Its flaws led directly to the bloodiest war in American history. After nearly a million deaths, the anti-slavery leaders of Congress set out in 1865 to re-create the United States as a nation, with a powerful central government, democratic institutions at every level and a list of rights no government, state or federal, could violate. Far more than the Framers of 1787, John Bingham, Thaddeus Stevens, William P. Fessenden and the other authors of the 14th Amendment designed the America we live in today. It was, in their vision, to be a unified nation. Local majorities in states were to be barred by federal power from oppressing religious, political or racial minorities. And immigrants were to be a part of the nation as fully as those native-born, considered equal before the courts.

The concerns that motivated them seem, even 140 years later, remarkably contemporary. The first section of the amendment begins by guaranteeing that "all persons born or naturalized in the United States, and subject to the jurisdiction thereof, are citizens of the United States and of the State wherein they reside." At one stroke, the framers eliminated the racist Dred Scott doctrine that "we the people" did not mean African-Americans; and they included as citizens every child born here, no matter where their parents were born or how they got here. After that, they required every state to observe the "privileges [and] immunities of citizens of the United States," and to afford due process and equal protection of the laws to "any person" within their borders.

Ohio Rep. John Bingham, the principal architect of Section 1, had spent most of his career campaigning for the rights of slaves and immigrants. Even before the Civil War, he had laid out a vision of "one people, one Constitution, and one country!" States had no "rights" to interfere with their citizens' constitutional rights: "The equality of the right to live; the right to know; to argue and to utter, according to conscience; to work and enjoy the product of their toil, is the rock on which [the] Constitution rests, its sure foundation and defense." Immigrants enjoyed those rights as fully as natives, he insisted, because the Constitution obeyed "that higher law given by a voice out of heaven: 'Ye shall have the same law for the stranger as for one of your own country.'"

The bedrock values of birthright citizenship and equal protection for all immigrants came directly out of the debates over immigration of the 1850s -- debates that sound remarkably like the one going on in Congress today. By 1860, German-born immigrants to the United States totaled 1.2 million out of about 30 million total, and thousands of Irish immigrants were arriving yearly. Prophets of the "Know Nothing" movement warned that these new immigrants were not like previous ones. They did not assimilate; they owed allegiance to the pope; they insisted on speaking their own languages; they would subvert American institutions and destroy American identity.

Even worse, they drank beer.

Many proposals were floated to restrict their rights, requiring 21 years for citizenship or withholding the vote entirely. But anti-slavery Republicans like Bingham insisted that a free republic did not deal in hierarchies of rights.

Today's Know-Nothings are attempting to avoid this central tenet of American democracy by deliberately distorting the meaning of the 14th Amendment. On its Web site, the anti-immigrant Federation for American Immigration Reform dismisses the Citizenship Clause by saying it "was intended to exclude from automatic citizenship American-born persons whose allegiance to the United States was not complete" -- including illegal immigrants.

But there is no shred of evidence in the record to support this strained interpretation. The wording of the clause was designed to exclude from citizenship chiefly the children of diplomats living in the United States under the protection of their countries of origin. And the proponents were utterly clear that birthright citizenship would reach American-born Chinese (whose parents were barred from naturalization) and Mexicans in the Southwest. And while there were no "illegal immigrants" in 1866, anti-immigrant congressmen did warn that the 14th Amendment would extend citizenship to one group that they described very similarly. Democratic Rep. Edgar Cowan warned that the U.S. had been invaded by aliens "who owe to [the U.S. government] no allegiance; who pretend to owe none; who recognize no authority in her government; who have a distinct, independent government of their own -- an imperium in imperio; who pay no taxes; who never perform military service; who do nothing, in fact, which becomes the citizen, and perform none of the duties which devolve upon him."

These terrifying intruders were the Roma, or Gypsy people.

Sponsors of the amendment predicted that the United States would survive Gypsy citizenship; and so it has, just as it survived German, Irish, Italian, Jewish and other immigrants, and as it will survive immigration by Spanish-speaking people from Mexico and elsewhere. History shows that new waves of immigration pose far less danger to America than do new efforts to cut back on democracy, or to institute new classes of citizens with, as the Supreme Court said in Dred Scott, "no rights a white man [is] bound to respect."

Sometime between 1860 and today, beer stopped being an alien danger and became an American institution. So today, if you or your parents came to this country from another and gained citizenship; if your family moved from one state to another and received equal treatment in your new home; if you benefit from laws forbidding racial discrimination by government; if you are glad that your local cops can't arrest you without a warrant and torture you until you "confess" to a crime; if you don't think censorship of the news by state and local government is a good idea; if you don't want Jim Sensenbrenner and Tom Tancredo deciding whether your American-born children "deserve" citizenship -- then lift a stein to the 14th Amendment and the far-seeing legislators who wrote it.

Fireworks are appropriate on national holidays. But those who would dismantle our basic constitutional guarantees are playing with real fire. The history they want to repeat -- the imposition of a hereditary, lifelong, racial caste system -- was tragic, and a new system of permanent aliens would be no less so. Our best weapon against this evil is knowledge of our own history and values.