"Lady in the Water" 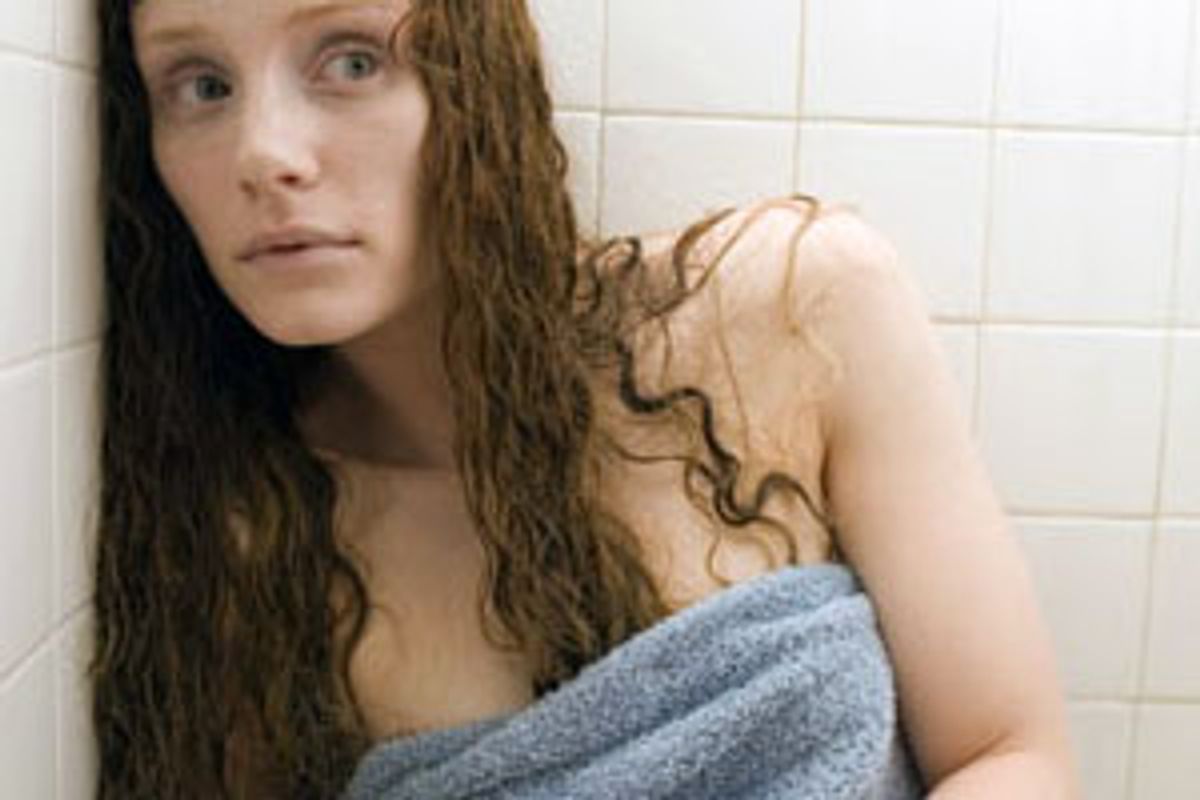 "A Scrunt would do anything to kill a Madam Narf -- even fight his fear of the Tartutic."

Funny, I was just thinking that -- and also pondering how the inhabitants of the Blue World might rise up to make us land dwellers the peaceful, noble people we ought to be -- and there goes M. Night Shyamalan, stealing my thunder. "Lady in the Water," which Shyamalan wrote and directed (he also appears as one of the characters), is a fable about community, about fulfilling our potential as earthlings, about believing in the power of myth. You shall know this from the opening credits, in which an authoritative lecture-hall voice-over explains that "Man does not listen very well," that we're greedy, and that we're driven to fight needless wars. Later, a naked girl will emerge from an apartment-complex swimming pool, and all will become clear. But not before the oracle divines the truth from the backs of cereal boxes.

Up-front, I must tell you that by reading this, you may encounter a spoiler or two, not because I want to wreck any potential surprises in "Lady in the Water," but because I no longer have any idea what constitutes a surprise in a Shyamalan movie. The fact that Bruce Willis, in "The Sixth Sense," was actually dead -- OK, that I got. But in "Signs," when the alien turned out to be a tall, faceless extra tiptoeing around Mel Gibson's living room in stretchy PJs -- one who could be vanquished by a bucket of water -- I lost all faith in Shyamalan's alleged mastery of the surprise-shockeroo plot twist.

And when the inhabitants of Shyamalan's 19th century village actually turned out to be a modern-day cult, I didn't flip my tea cozy, as so many of the Shyamalan faithful did. The director's defenders argue that his pictures mine deeper themes: They have much to tell us about the human condition, and if we heed the tootling of Shyamalan's trumpet, we can rise up as a people and feel the wind beneath our wings. They may have a point -- Shyamalan's movies sure do entail a lot of flapping. The breeze of enlightenment that comes off his movies feels belabored, laden with meticulous details that, if you think about them even just the tiniest bit, essentially mean nothing.

"Lady in the Water" may contain more fonebone spirituality than any Shyamalan picture yet. Paul Giamatti plays a Philadelphia apartment-complex super with the sad-sack name Cleveland Heep. Cleveland stutters, and he also has a Secret Past (TM). For days now, he thinks he's been hearing someone splashing around, after hours, in the apartment pool (swimming after 7 is verboten). And sure enough, one evening he spots the cavorting nymph. Then he slips, poolside, knocking himself out. He awakens in his chaste, modest bed to find this dewy creature -- dressed in one of his shirts, and nothing else -- keeping watch over him with her unblinking eyes.

Her name, he learns, is Story, and she's from the Blue World. (The movie gets one of its many jolts of attempted humor when Cleveland asks, "Is that an apartment complex?") Story -- she's played by Bryce Dallas Howard -- is a Narf, a special sea being who has come to the land of men to help change the world, to lead us out of our troubled state. But to do this, she must return to her world: Apparently, a giant eagle known as the Great Eatlon is supposed to swing by, like a suitor in a Camaro, and pick her up. But the Scrunt -- a critter who looks like a cross between a wild boar and a coyote, with spiky AstroTurf glued to his back -- wants to kill her before that can happen. Except, there's a rule that states he can't. Only, he's broken that rule. As you can see, this is all very complicated.

Cleveland wants to help Story, and so he enlists the aid of the complex's many residents. What an assortment! All colors, shapes and sizes -- might this vast variety be a metaphor? Each has a different profession, hobby or skill: Bob Balaban plays a book and movie critic who's just moved in -- he is, of course, the resident cynic. Shyamalan plays a serious-minded, yet somewhat lackadaisical, unpublished writer, who shares an apartment with his sister (Sarita Choudhury). Jeffrey Wright is a crossword-puzzle expert. Bill Irwin is a bookish weirdo who never leaves his room and rarely speaks (except, of course, to spout essential truths). Cindy Cheung and June Kyoto Lu play a mother-daughter team who impart much necessary Asian wisdom -- Mom in particular is a treasure trove of Calgon-style Ancient Chinese Secrets. And look closely and you might get a few glimpses of poor Jared Harris, an interesting actor who's wasted, literally and figuratively, here. (He's listed in the credits as "Goatee Smoker," though the more literal-minded will surely point out that he's been smoking something else.)

"Lady in the Water" has the lightest touch of any Shyamalan movie, which isn't saying much: Shyamalan seizes several opportunities to poke fun at himself, only to scuttle back to the safety of his usual faux-philosophical muck. The picture is filled with pink herrings -- they're not even full-bodied enough to be red ones. Crossword-puzzle clues seem very significant -- until they turn out not to be. Butterflies are attracted to Person A -- until, in a wedged-in line of expository dialogue, we learn it's really Person B they've been flocking to. And so on.

And, as always, Shyamalan has enlisted a number of terrific actors who try to make the best of his loony material. Howard, who appeared in Lars von Trier's "Manderlay," as well as playing the valiant blind girl in "The Village," has unusual features and regal bearing, and she's lovely to look at: Her ultrafair skin has the pale-bluish tinge of skim milk. Shyamalan may make lousy movies, but it's hard to find fault with his choice of cinematographers: Roger Deakins shot "The Village," giving it a moody but vibrant glow, and Christopher Doyle (who has shot some of Wong Kar Wai's most visually astonishing pictures) makes this movie's suburban-rental-unit setting look entrancingly tropical, even though we can also see how run-down it is. Doyle doesn't fail Howard: She glows like a beacon throughout "Lady in the Water." But I'm not sure she gives much of a performance. Listening to her churn out sentences like, "Your words are very beautiful. Your heart is very big," tortured within their seeming simplicity, I kept wondering what her line readings would be like if her character had only been allowed to use contractions.

But Giamatti is the real heartbreaker here. He believes so fervently in the complexities of his character that we almost see them, too. Giamatti shows us how deeply, and how readily, Cleveland buys into the power of the fairy tale around him, just by the way he averts his eyes from Story's gaze, or, at the movie's climax, betrays his own sense of wonder over working a bit of magic on his own. But he can't keep his grip on this limp, moist movie -- no actor could. "Lady in the Water" challenges us to believe in the power of myth. But the big challenge here is surviving the tedium of Shyamalan's meandering inventiveness. What's supposed to be fanciful storytelling is really just audience punishment. Story is the one who craves the cool safety of water. So how come we're the chumps left soaking in it?