Explore the plains and panhandle of the Lone Star State with the help of Jim Thompson, Larry McMurtry and Dagoberto Gilb. 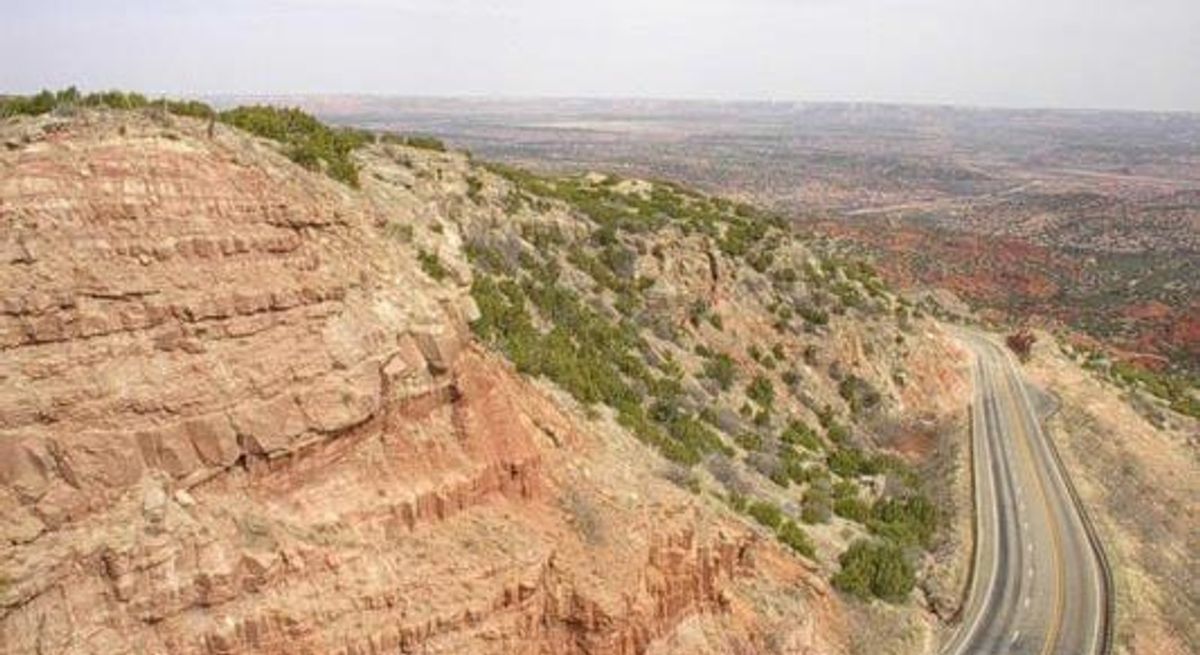 I am not a Texan. Mind you, I'm not apologizing, though maybe I am being a little bit defensive. Texas was its own country once, and Texans have never come close to getting over it. Just last week, on North Lamar here in cosmopolitan Austin, I saw a homeless guy wearing a black T-shirt that said, in big white letters, "Fuck y'all. I'm from Texas." Which is a hilarious and even charming sentiment from a homeless guy, but not so funny when it comes from, say, the president of the United States. But there you have it: Dagoberto Gilb has pointed out that Texas literature has more of a national character than a regional one, and all I'm saying is, as your tour guide to West Texas literature, I'm a foreigner, a native Michigander, an NPR listener, a daily reader of the New York Times, a Midwestern college-town liberal, a wearer of Birkenstocks, an atheist. A Yankee, in short. So the selection of books that follows is by no means an official one. They're just the books about West Texas that I love.

In that spirit, I thought at first I wouldn't mention Larry McMurtry at all (just like I'm not going to mention Cormac McCarthy, except in passing), but then I decided that was just too willfully idiosyncratic, like writing about Elizabethan England and not mentioning Shakespeare. But on the assumption that y'all have already read "Lonesome Dove" (1985) or at least seen the miniseries, let me recommend Mr. M's charming, wry and wonderfully readable "Walter Benjamin at the Dairy Queen" (1999), a long, memoiristic essay showing how McMurtry went from being a rancher's kid (and a real cowboy) in a household that didn't even have a Bible in it, to a Pulitzer Prize-winning novelist, a reader of Proust and Woolf, and the proprietor of Booked Up, the large used bookstore he still runs (though perhaps for not much longer) in Archer City, west of Fort Worth. It says a lot about McMurtry himself that a book largely about books and reading has such a palpable sense of place, especially of the wide-open, treeless landscape of the Texas prairie.

That same sense of place is also beautifully evoked in Max Crawford's magnificent 1985 novel of the Comanche Wars, "Lords of the Plain." Narrated by a liberal-minded cavalry officer in a pitch-perfect imitation of plainspoken 19th century American prose (think Francis Parkman), this may be the most culturally and politically astute novel ever written about the Indian Wars. It's a thrilling, tragic story, full of adventure and vivid characterizations, but what's best about it is its unforgettable evocation of the llano estacado, or "staked plain," the huge, featureless plateau that takes up much of the Texas Panhandle, and of the gorgeous caprock canyons at its eastern edge, such as Palo Duro and Blanco canyons. Indeed, now that the city of Lubbock sits spang dab (as we say in Texas) in the middle of the llano, the book's long and loving descriptions are probably more beautiful than the llano itself is today.

Heading south, we come into the vast, empty but not so picturesque landscape of the Permian Basin, which is best known as oil country, and was the inspiration for several pungent, gritty volumes by the pulp genius, Jim Thompson. Thompson wasn't a Texan, either, having been born in Oklahoma, but he spent much of his youth in Texas, and wrote colorfully about it in his (largely unreliable) memoirs, "Bad Boy" (1953) and "Roughneck" (1954). His best-known novel, "The Killer Inside Me" (1952), is a ferociously cynical and deeply unsettling noir set in a small West Texas town. That the main character brutally murders a prostitute and then frames another man for it -- that's just business as usual for noir. What makes it freaky and uniquely Thompsonian is that the killer is the town's deputy sheriff -- and the narrator. Who else but a Jim Thompson narrator would say, "I shot him, then, right in his gaping stupid mouth. I emptied the gun into him"?

Much less creepy, but still gritty and emotionally blunt and often violent, is Thompson's "South of Heaven" (1967), based loosely on his experiences working on a natural gas pipeline in the 1920s. Unusually for a Thompson novel, the narrator, Tommy Burwell, is no psychopath, but an ordinarily decent if headstrong young man; the novel also features a plucky heroine, some nasty bad guys, and 600 rowdy hobos, desperate for work. What's best about the novel is Thompson's sharp, working-man's evocation of the hard, dangerous labor of laying pipe. His descriptions of working with dynamite, jackhammers and something called a mormon board are nearly as powerful as anything in Orwell -- in fact, minus the novel's rickety plot about a payroll heist, this book might even have been called "Down and Out in Midland and Odessa."

Even more combative, and often equally hilarious, is Gilb's 2003 book of essays, "Gritos," which brings me full circle, since it's an almost perfect counterpoint to the McMurtry volume. It may be too, well, glib to call Gilb the anti-McMurtry, especially since they are both writers from highly unliterary backgrounds -- a bookless ranch in McMurtry's case, and a lifetime as a carpenter in Gilb's. But Gilb's version of West Texas, with its tension between the city and the desert, and between his working-class Chicano roots and middle-class literary success, is more up-to-date than McMurtry's. Gilb won't let you forget that before it was its own country, Texas was part of Mexico, and he's a master of the sharp political crack, calling El Paso "the Chicano Ellis Island" and pointing out that Anglos are in the "vast minority" there. It's a prickly, sometimes infuriating book, but there's no gainsaying Gilb's ferocious honesty, especially on the centrality of Mexicans to the story of Texas, and likewise on the subject of who gets to decide who's a Texas writer -- or an American one, for that matter. At the very least, having read "Gritos," I will never look at Cormac McCarthy in quite the same way again.

Who's not a Texan, either, by the way. Just like Jim Thompson wasn't. Just like I'm not. What else can I say? Fuck y'all. I'm from Ann Arbor.

Books Texas The Literary Guide To The World Travel