After Fidel, no deluge 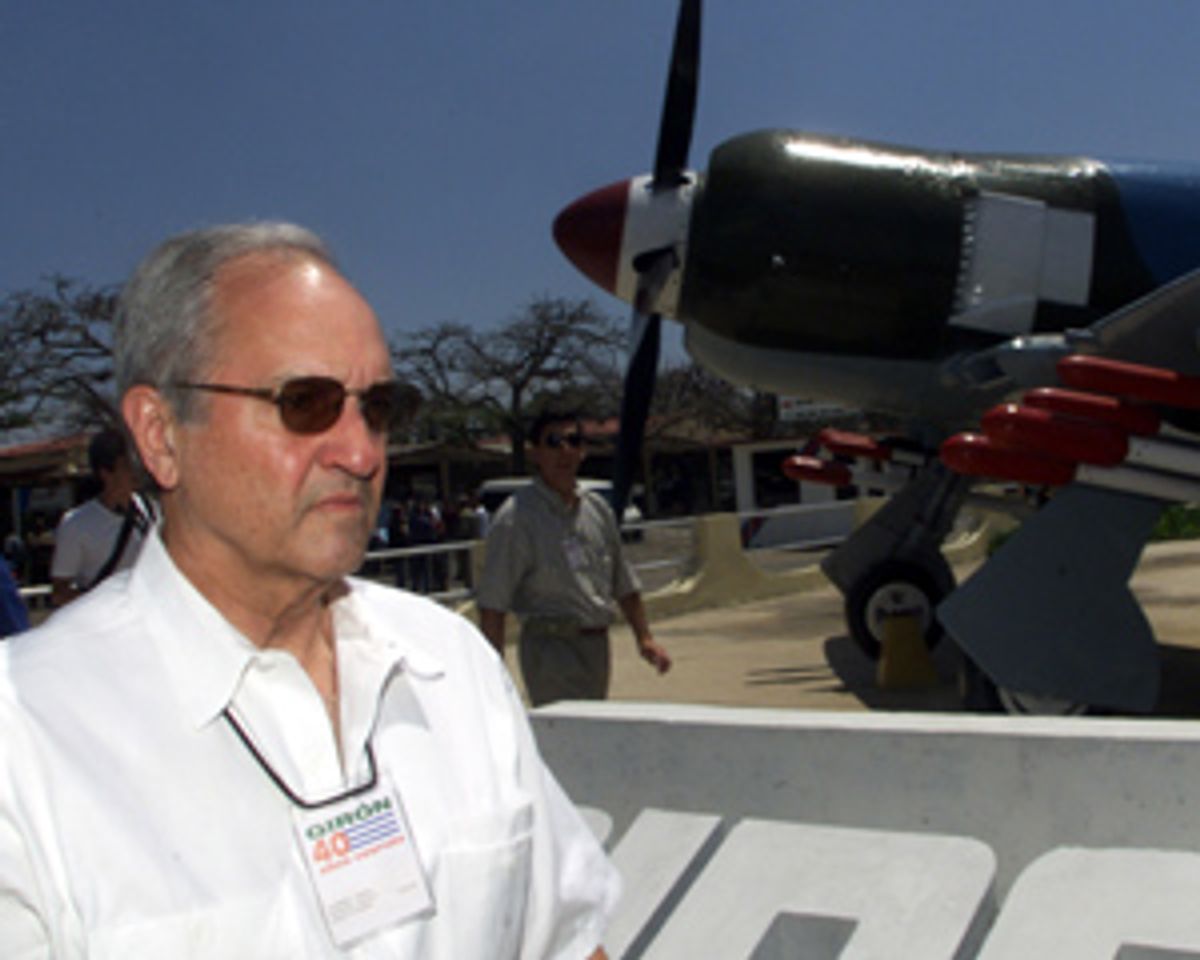 Among South Florida's half-million-strong Cuban community, hopes are high for rapid change in Havana now that 79-year-old Fidel Castro seems near his long-awaited end. But Miami lawyer Alfredo Duran says his fellow exiles are laboring under a misconception. Duran left Cuba in that first wave of middle-class refugees more than 40 years ago, but unlike many of his generation, he's been back, and his sense of what is possible is grounded in experience.

Duran's first return voyage to Cuba was in uniform. As a 21-year-old, Duran joined the famous Brigade 2506 and participated in the Bay of Pigs invasion, where he hid in the swamp for 30 days before being captured by Cuban soldiers. Ransomed by the American government, he earned a law degree, settled in Miami, and twice served as president of the right-wing Veterans Association of Brigade 2506. During the 1980s, however, he soured on the idea of violent regime change in Cuba and moved to the political center. In 1993, he was thrown out of the group he'd once run for advocating negotiations with Castro -- for having morphed into a despised "dialoguero." He has since become a leading force in such moderate Cuban-American political organizations as the Cuban Committee for Democracy and ENCASA. Duran has visited Cuba several times since 2001 and has met the now-ailing Maximum Leader in person.

Salon spoke with Duran by telephone on Tuesday.

You know, the Cuban government has for the past two or three years been planning on a process of succession. We here in Miami call it transition, but they call it succession. And so I think they're pretty well-established as to what they're going to do. We haven't seen anything going on in Cuba today, so apparently everything is under control.

What is it that they're planning?

At the last assembly of the party they added an amendment to the constitution that in the event Fidel Castro for some reason gives up power or dies, his brother Raúl will take over for six months. Within that six-month period, they have to call for a meeting of the Central Committee of the party. That Central Committee will then choose the new leadership. I would expect that because Fidel Castro is such a huge figure in Cuba the vacuum he's going to leave is going to be very hard to fill. Probably they'll have some kind of collective leadership out of the Central Committee of the party. Which, by the way, is made up of relatively young men. There are only four or five of the old historical figures there. But everybody else is around 50 or 55 or younger. Those people have a new vision of what Cuba should be about. They will probably move quickly to integrating themselves into the overall international picture, communications, globalization, the whole thing the 21st century is about.

That doesn't sound like what the Miami exiles have been fantasizing about all these years. They're not expecting the old regime to continue with new leaders.

There's two types of people in Miami. The old Cubans, the ones who came prior to the 1980s, they would probably wish the U.S. Marines would invade Cuba and really have a complete overthrow. Those who came after the 1980s, who have a more benevolent view, what they would like to see is really a transition where the people of Cuba would not suffer as much, where things would go towards normalization, where ultimately democracy would be established. But they don't want a violent overthrow. They want basically an evolution of the system.

Which group of Cuban-Americans is dominant?

The new generation, basically just because of the survival factor. The people who came in the '60s are becoming less and less. You're getting a more moderate view in the community. That's reflected in voter registration. They're starting to act more and more like immigrants and less and less like exiles. They want Cuba to be normal. They don't want Fidel Castro, but they don't want a civil war that would kill their relatives.

Do you foresee another floating exodus, another wave of balseros?

I see it more -- if that were to happen, it would originate from Florida, not Cuba. People would be trying to go to Cuba to get their relatives out. And I don't think the Coast Guard would allow it. I see very little chance of it. I think that people will ultimately come to accept [the change]. I think the United States will finally decide to have a more intelligent policy toward Cuba and start talking to the new government in Cuba and normalize things, especially travel back and forth and that type of stuff. That would alleviate a lot of the tension.

Will that happen while anyone named Castro, meaning Raúl , is running the government?

It's a macho thing. They can't let a Castro beat them. United States policy a long time ago stopped being about the best interests of the United States. It's got a lot to do with local politics, and it's got a lot to do with the fact that it's Castro in there, and they're not going to let Castro have his way. It shouldn't be that way, but that's the mind-set in Washington, at least until a new administration comes in. The time to start talking is now.

What happens to the people in the anti-Castro movement when the bogeyman is dead?

They will have to adjust. The anti-Castro movement is becoming more and more moderate. You only have a few ultra-right-wing groups that are at all effective, and mostly they are very old men. They will adjust to the new system and try to bring about the trend for democracy, the travel back and forth, a freer economy.

A lot of them still want to roll the clock back to 1959 both politically and economically. A lot of them would like to get their property back on the backs of the U.S. Marines. I certainly hope that doesn't happen. Those people are out of touch with what the reality of Cuba is now. Cuba has had tremendous social and political changes. It's not going to be easy to turn back the clock.

You're part of that earlier generation. How many times have you been back?

Did you have culture shock? And I don't mean big pictures of Fidel. I mean something unexpected that really made you feel like you were in a different country.

You know, the biggest surprise is that it didn't feel like a different country. It felt the same. The first time I went back was 40 years after I left. I felt sort of strange. I said, "What the hell is going on?" Basically, I realized the shock was that everything was exactly as I had left it. Havana hasn't changed that much. I could get around exactly the way I had before. The second biggest shock was that after so many years of a Soviet presence, I couldn't see any signs of Soviet cultural influence. There was more American influence.

Are there really people celebrating in the streets in Miami?

They are celebrating, but not like people thought they would. There aren't any traffic tie-ups, as many people expected. There isn't any pandemonium. People are working, going to their jobs. People thought the reaction would be more extreme than it has been. Basically, the only place that you really have that reaction is down at the Versailles Restaurant [on Calle Ocho], because that's where the TV cameras are. They're waiting for you there if you want to talk about Cuba.